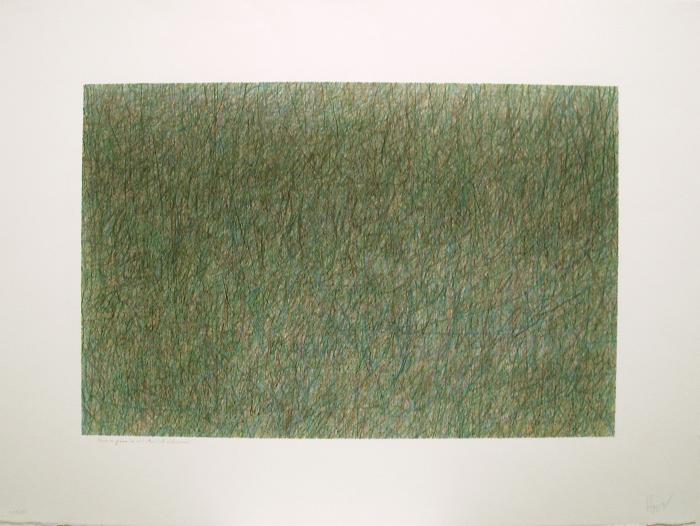 "leaves so green / so still, then / all ashimmer" colored pencil & graphite on Arches 140 lb. hot press, 22" x 30", 2001 text: James Schuyler, "The Rose of Marion", from "A Few Days." In his introduction to Schuyler's diaries, Nathan Kernan relates these lines to the moment when, as a teenager, Schuyler saw the landscape "shimmer," and knew then that he would be a writer. 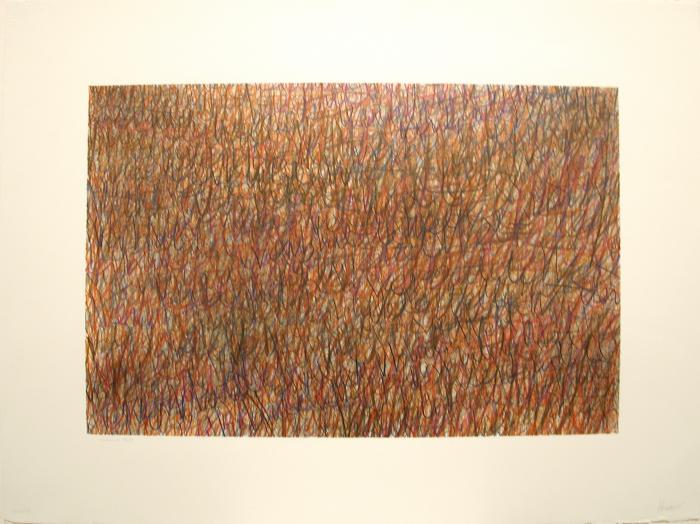 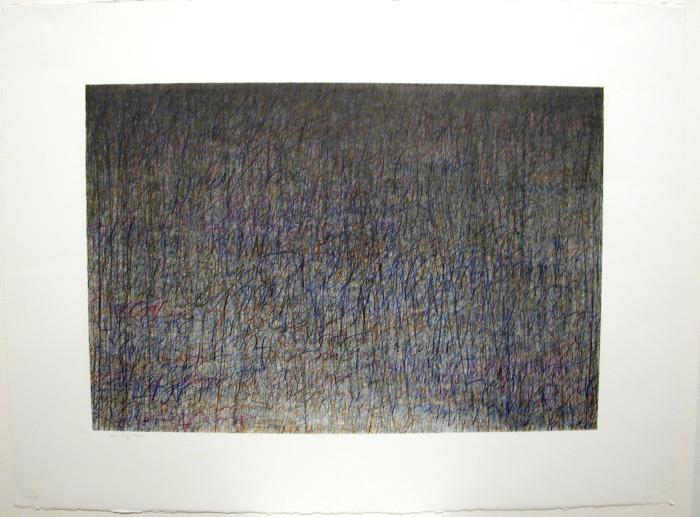 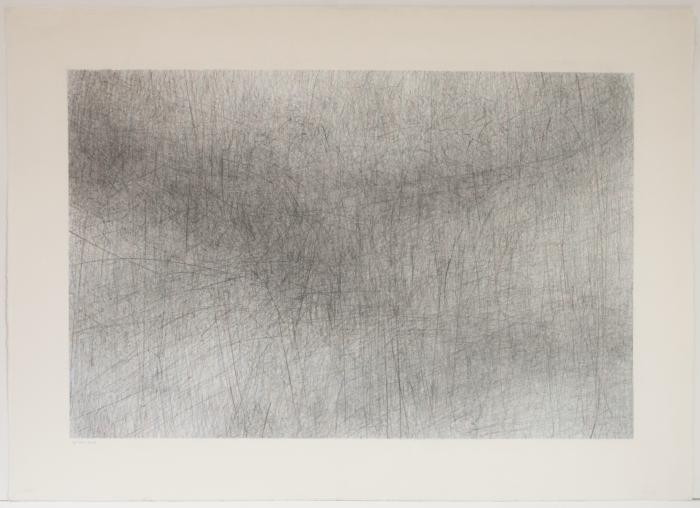 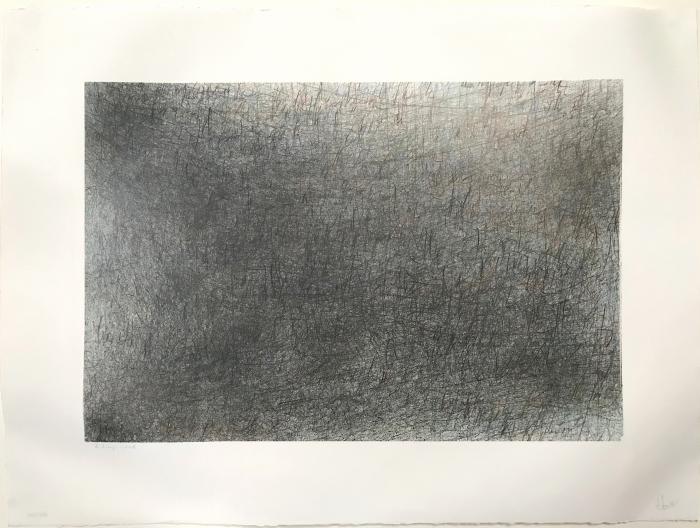 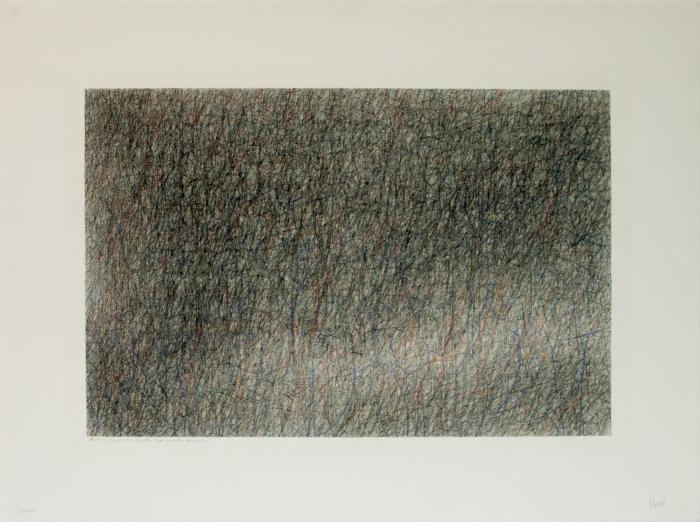 Artist Statement: I’m not fond of artist's statements. Usually I'd rather not know anything about the artist, least of all what he or she meant to do or how they went about doing it. But since I don't want to impose this prejudice on you, here are a few notes anyway. If you share my prejudice against this sort of thing, then don't read them, unless of course you actually want to be annoyed, in which case it's your problem, not mine.

I've always found ambiguity more interesting and more satisfying-and also safer-than monosemy. Safer, especially, and more meaningful as well, and not only in the tautological sense that polysemy necessarily exceeds monosemy in quantity of meaning. More meaningful, I think, because ambiguity is impossible without meaning, while something can very well be both unambiguous and meaningless. Safer because ambiguity always leaves the door open to flee from one meaning to another, or, if worst comes to worst, to hide behind the one to escape the impositions of the rest.

I've felt for a quite a while now that Mies was wrong: less is less after all, and more is more, and so I am drawn to the maxima of ambiguity, the no-man's lands where complexity and chaos meet up with one another, where meaning begins to dissolve in its own surfeit, and chaos momentarily crystallizes into something recognizable. I do still look for the faces and animals in the clouds, always.

I should say that I'm interested neither in wresting order out of chaos nor in throwing order back into chaos-what matters to me is how the two get on with one another, especially at close quarters, where small differences matter more as long as they don't matter too much.

But then, I don't work programmatically either, not at all. To paraphrase Mallarme's advice to Degas, art is made-or at least mine is made-out of colored mud on fiber, not out of ideas. For a long time I worked mostly in transparent watercolor, and mostly for the sake of exploiting its potential to evade control. A few years ago, I turned to pastels, and from there it was a short step back to drawing, always the foundation. The drawings in this show take their inspiration from the work I did for John Cage in late 1960s, restoring old manuscript scores of his and, sometimes, helping make new ones. But that was a long time ago, and probably something only I can see in them, or imagine that I see. The drawings in this show were done in the summer and fall of 2001.