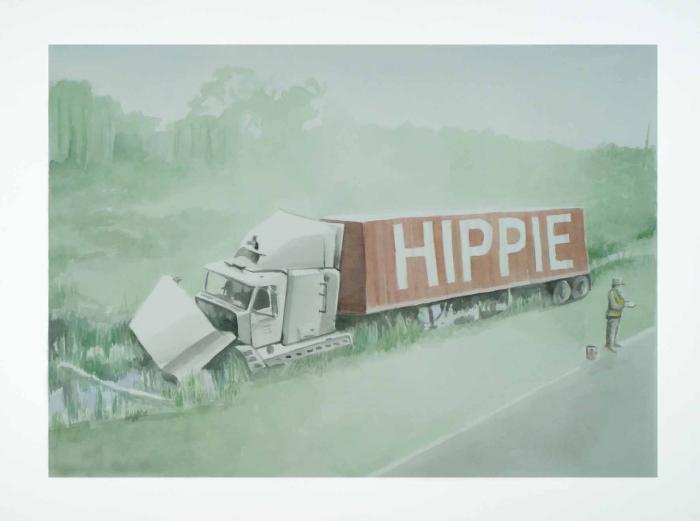 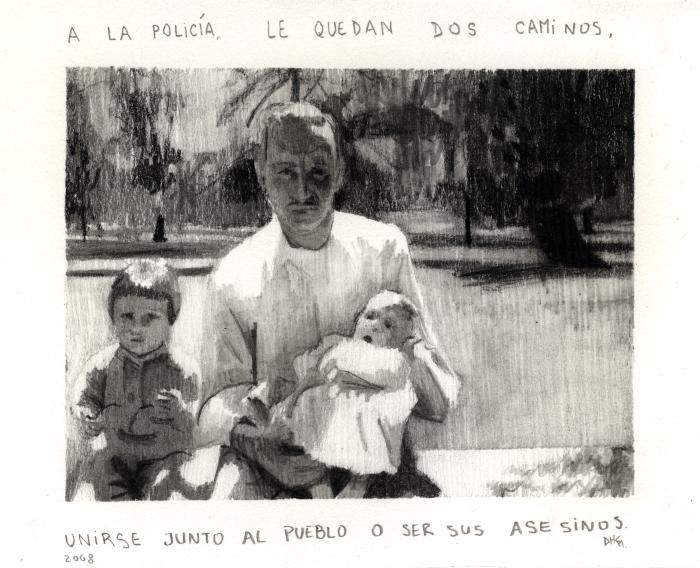 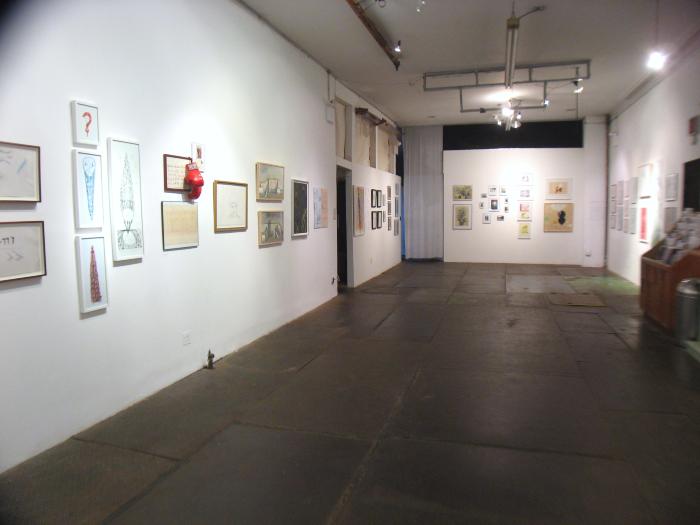 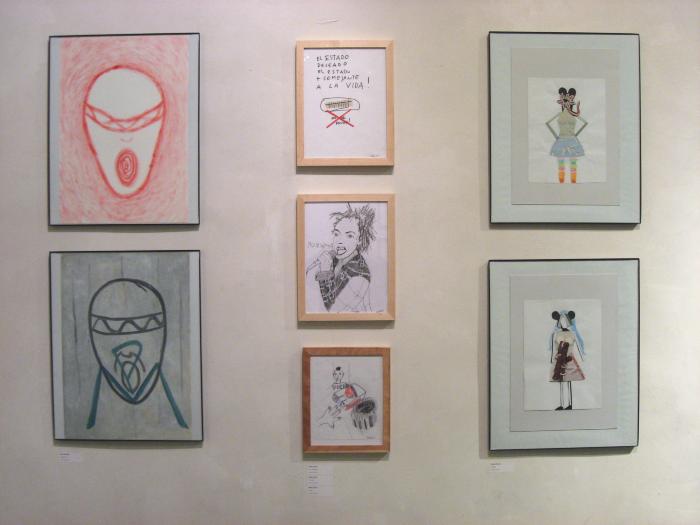 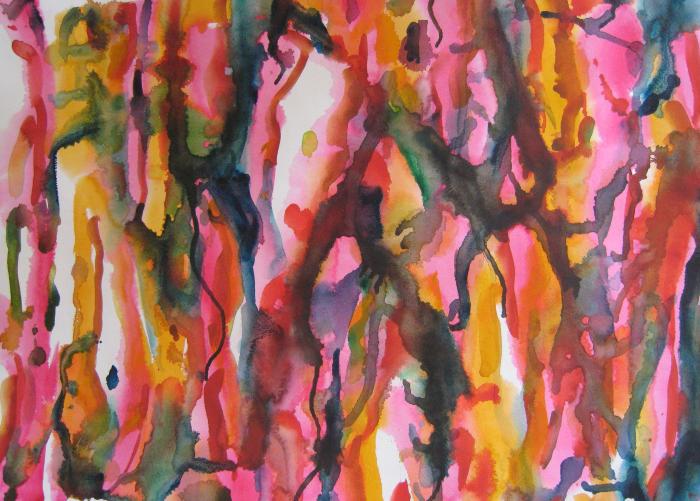 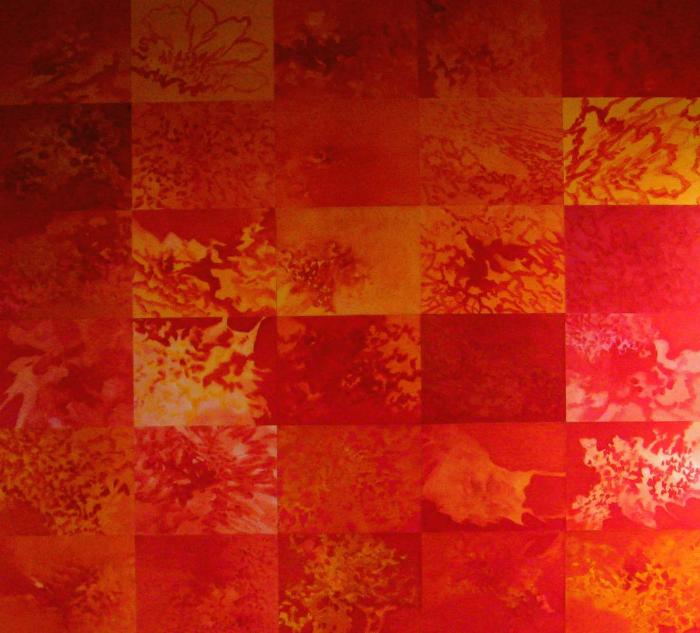 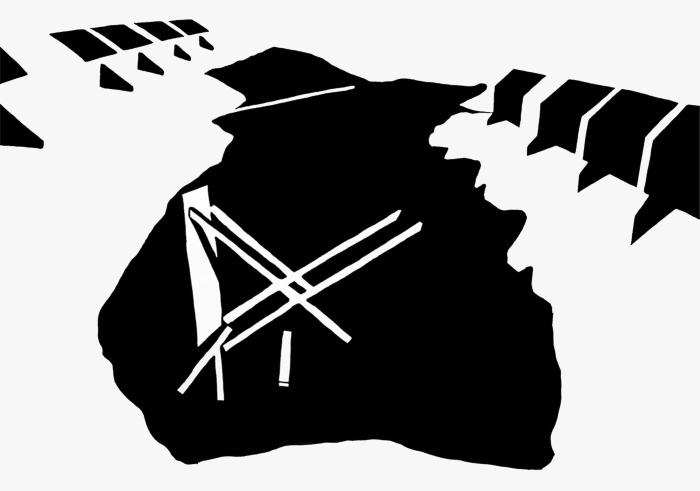 Artists from Argentina, by Arturo Carrera (Translated by Rosa Alcalá)

The act of curating or of being a curator of an exhibit of paintings and drawings can be the result, sometimes, of an almost involuntary act, the way an involuntary mark on paper can make possible a painting. These marks, if we can call them "unconscious," as Francis Bacon understood them, can be the origin of a diagram. And in the center of this diagram become implanted "the possibilities for creations of all kinds," including the teleonomic organization of some paintings on paper, which in one locus of the brain constitute a dream, but in the Kentler International Drawing Space in Brooklyn, New York, are a "show.”

As organizers of said show, Rafael Bueno and I imagine, in an indirect, perhaps even negative manner, the genealogical trajectory that characterizes the artists in this exhibit. Questions that in the 1960s and 1970s caused artists and theorists to lose sleep—what is a generation? what constitutes a generation?—today are almost unthinkable, imprudent as a literary or artistic starting point. Therefore, we have adopted Italian artist Edoardo Sanguinetti's near-classic aphorism: "Every generation is a vanity," and with this, we can explore the exhibited works as an irreducible palimpsest: Stupía's variegated lines over Cali Mármol's reticular grids. The colors of Garáfolo, Cambre and Barilaro beneath the drawings of Lola Goldstein, Max Cachimba and Rodolfo Azaro. And even Paula Toto Blake's anti-projects, which have the air of Azar's watercolors, among Prior's lumpy pigments . . . Raúl Rodriguez's musical mischief transcribed into indelible code with Nahuel Vecino's children of the Renaissance?

Sensitive and mute artifacts if it weren't for the multiplicity implicit when we say paper or painting; when we say drawing or writing. Circuit, net, itinerary of points, lines, smudges and grays, of luminous, opaque and somber traces.

"We can scratch the surface of each name, and below will appear shining and gesticulating and disappearing once again, each time, other names, other colors, other shadows.” / "We can't name ‘everyone,’” Rafael says. / But it is not a matter of naming, but of corroborating, in the patchwork of time, the strata of an immediate pleasure: Was there at least the minimal, irremediable loss? Was there pain, the act of discerning in each an impatience or carpe diem, of a steady advance that uproots flowers, of a raking in the senses, of a remote stroll in the instantaneous murmur, in that long conversation between children that painting or drawing also is? Didn't perhaps Von Stuck and Böecklin speak to Protogenes? Warhol to Zeuxis? Leonardo to Duchamp?

To co-curate* can also mean to poison the head of an arrow that doesn’t know its target. Only by means of an involuntary gesture the arrow comes to immobilize its “prey,” the painting. It cuts away with its poison the remnants of passion, of intellect, of disarray, of ideal color. And these paintings are countenances, sketches, erasures, a dance that is hatched from an endless throng, among one's friends and clan. It only takes the involuntary gathering for art to appear. As Michaux suggested: "it is not in the mirror one should contemplate oneself, but on paper.”

*Editor’s note: ”Curate” is from the Latin curare, meaning “to take care of; cure.” “Curare” is also the name of a dart poison originating in South America, which paralyzes the muscles of its victims.