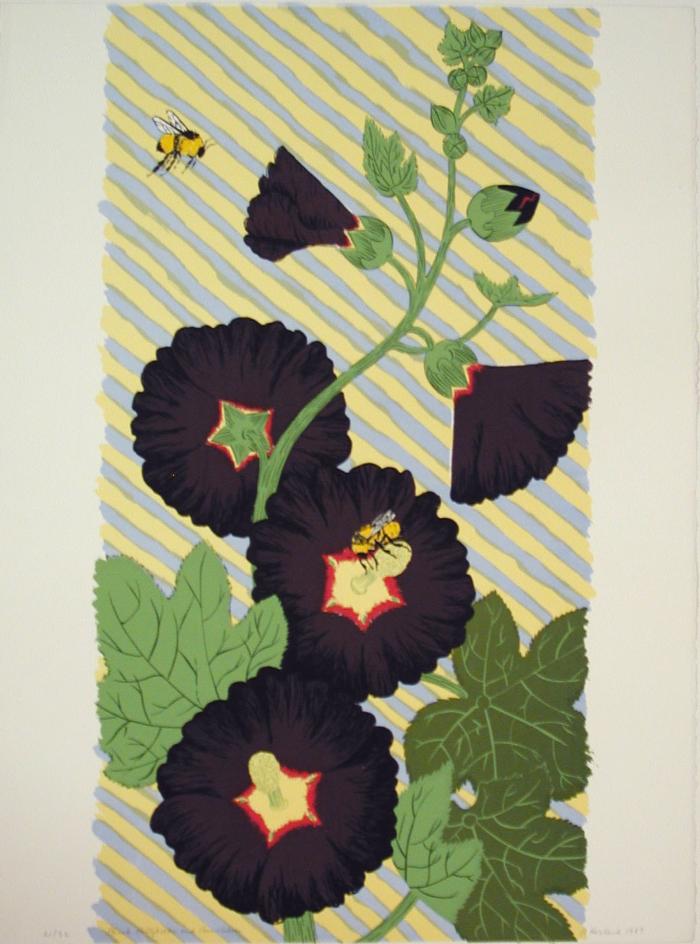 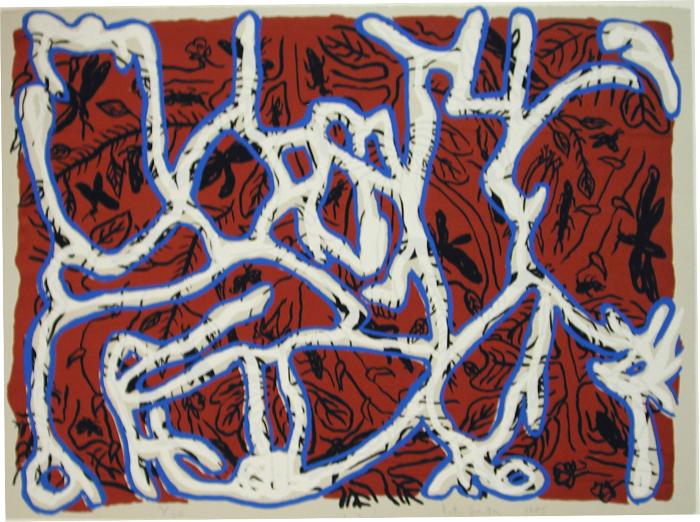 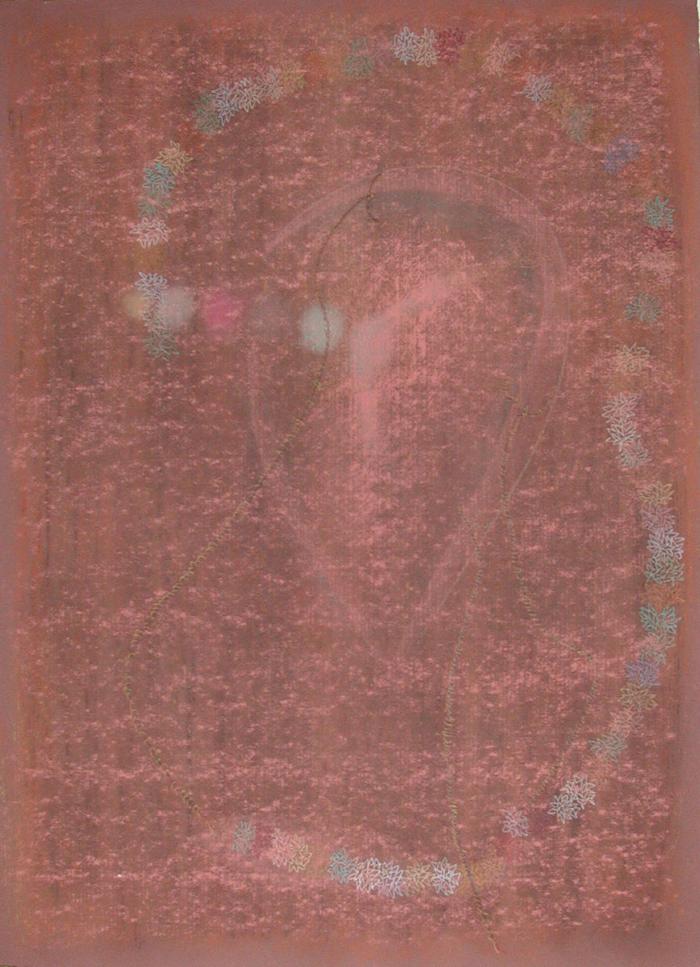 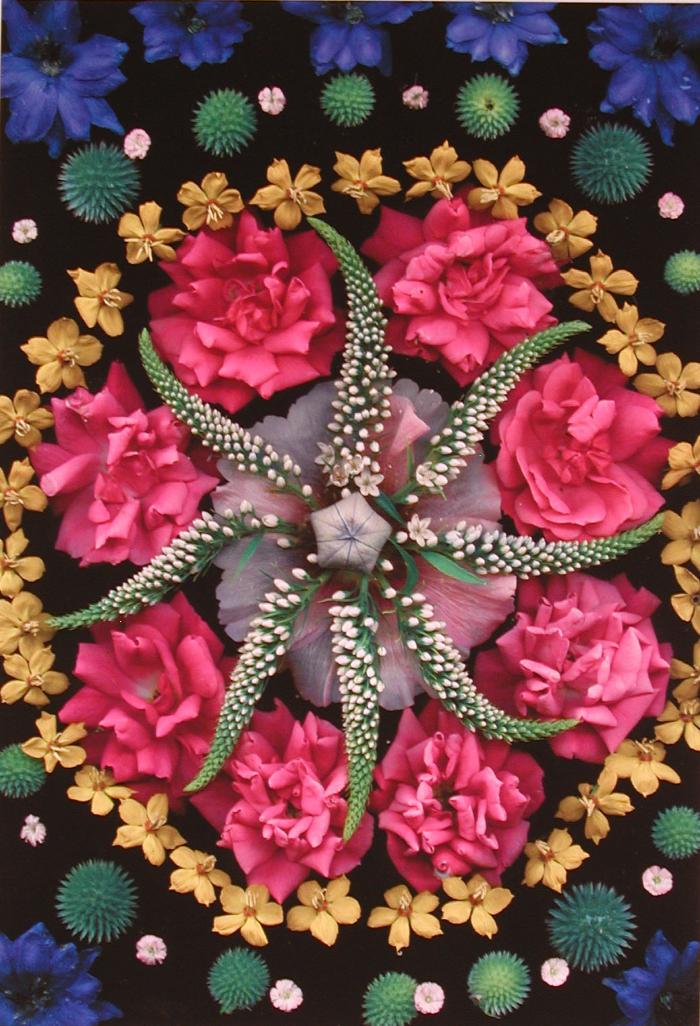 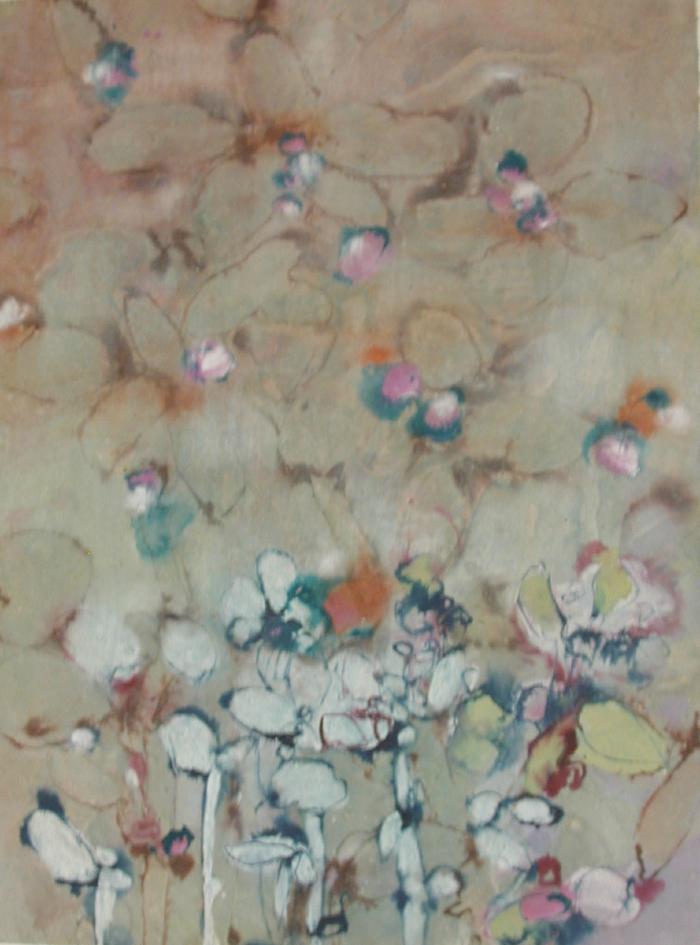 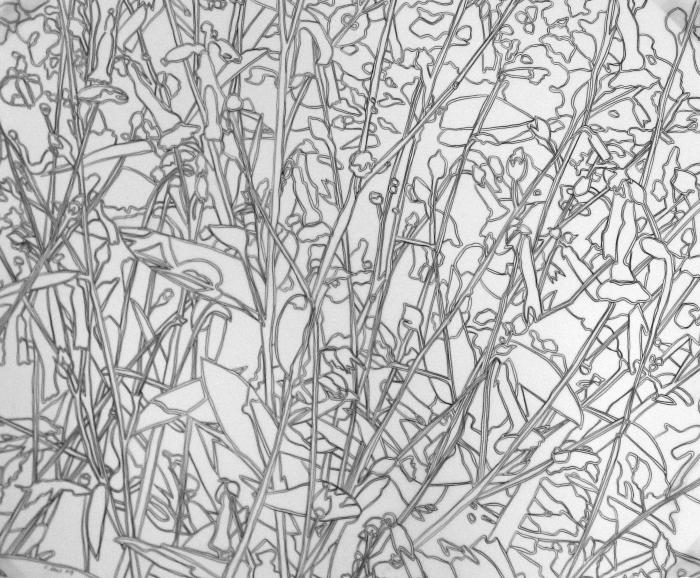 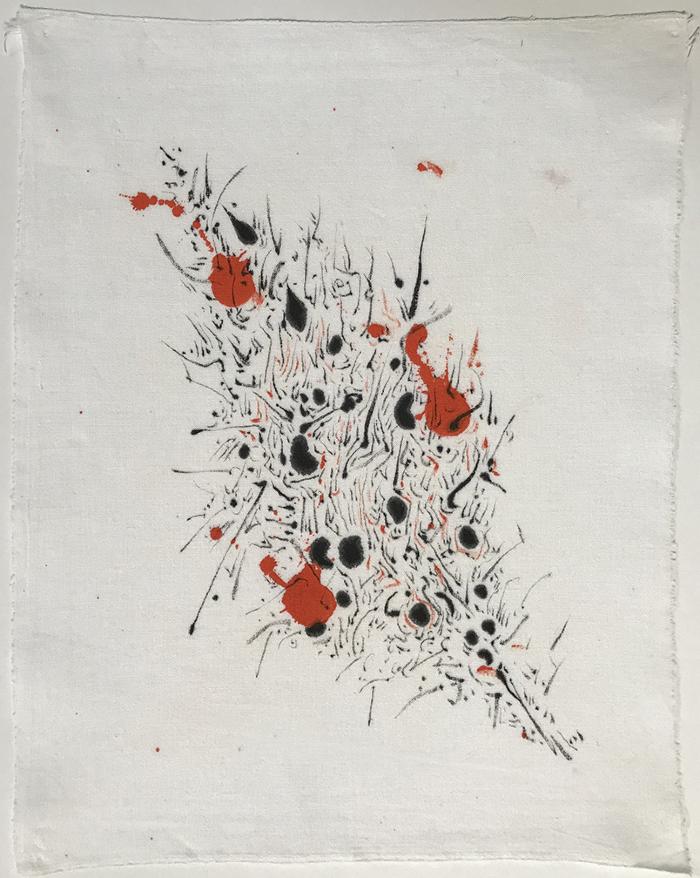 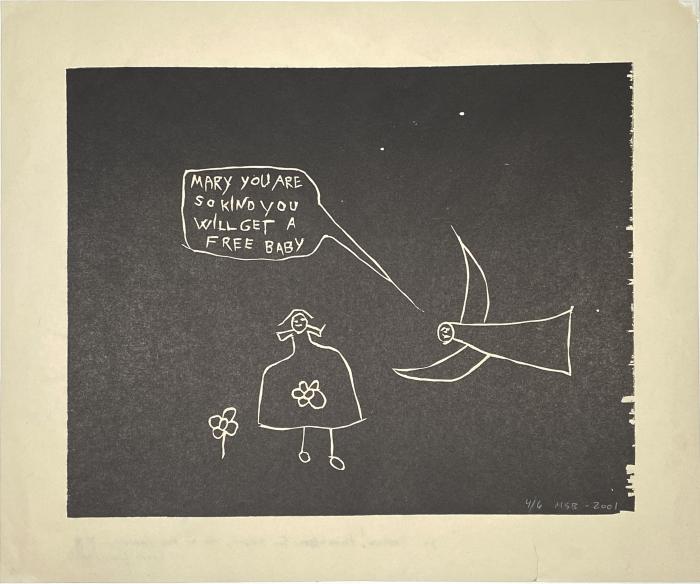 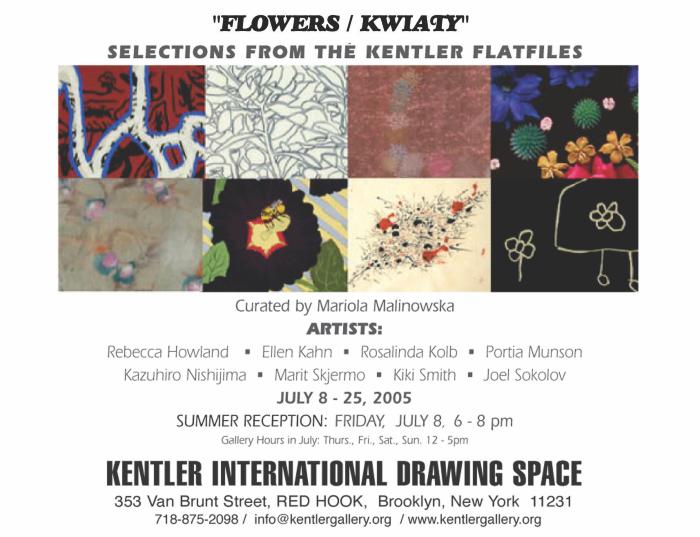 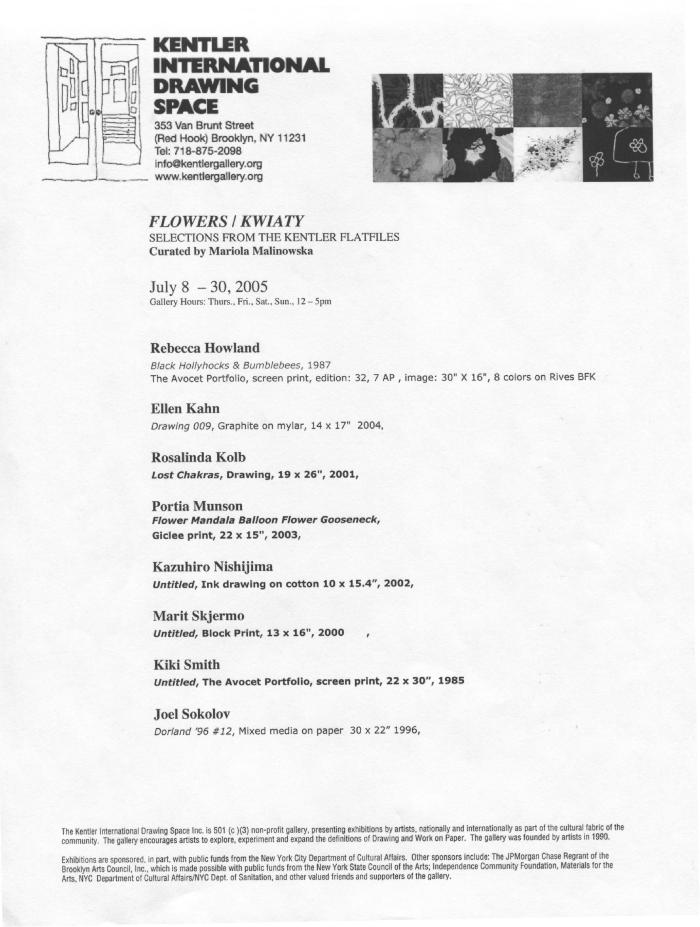 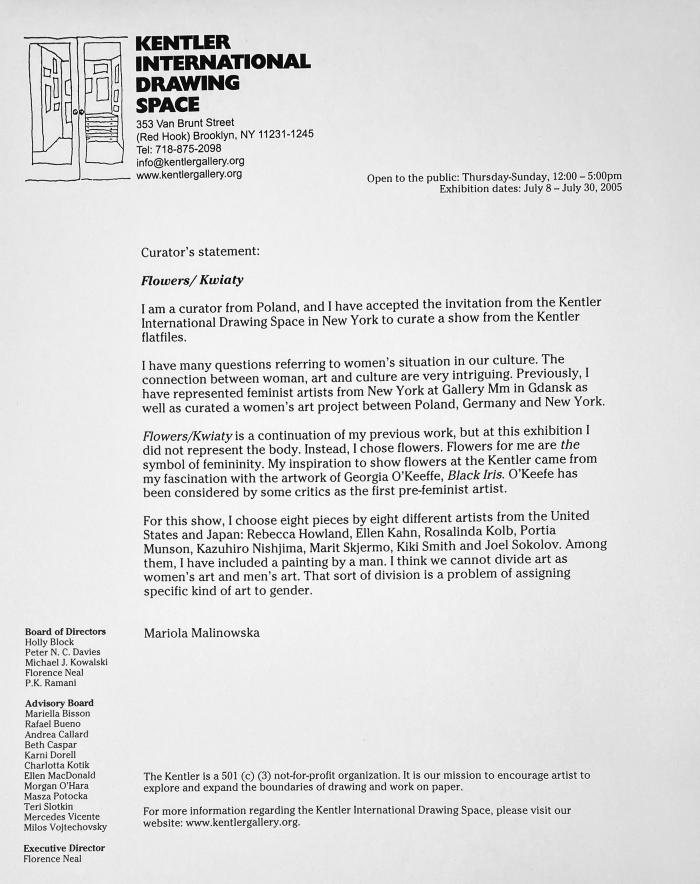 I have many questions referring to women's situation in our culture. The connection between woman, art and culture are very intriguing.  Previously, I have represented feminist artists from New York at Gallery Mm in Gdansk as well as curated a women's art project between Poland, German and New York.

Flowers/Kwiaty is a continuation of my previous work, but at this exhibition I did not represent the body. Instead, I chose flowers. Flowers for me are the symbol of femininity. My inspiration to show flowers at the Kentler came from my fascination with the artwork of Georgia O'Keefe, Black Iris. O'Keefe has been considered by some critics as the first pre-feminist artists.

For this show, I choose eight pieces by eight different artists from the United States and Japan: Rebecca Howland, Ellen Kahn, Rosalinda Kolb, Portia Munson, Kazuhiro Nishijima, Marit Skjermo, Kiki Smith and Joel Sokolov. Among them I have included two works by two men.  I think we cannot divide art as a women's art and men's art. That sort of division is a problem of assigning specific kind of art to gender.