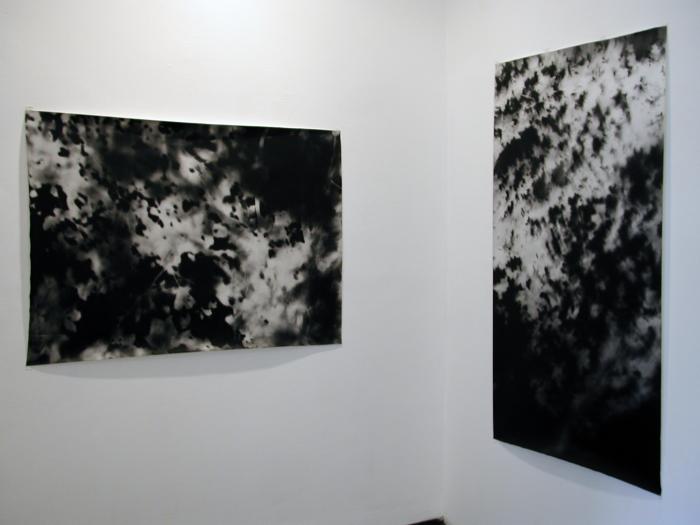 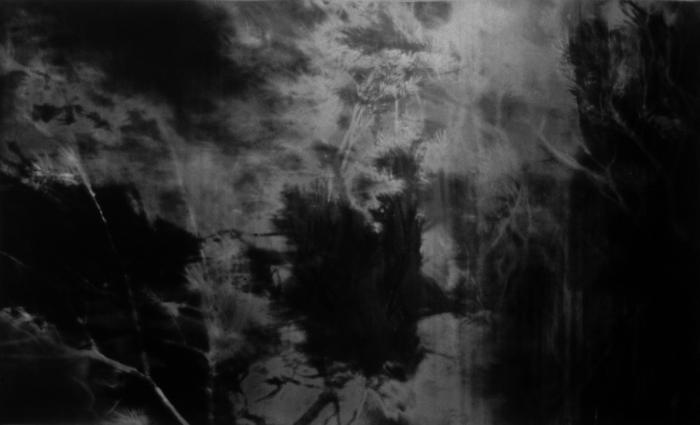 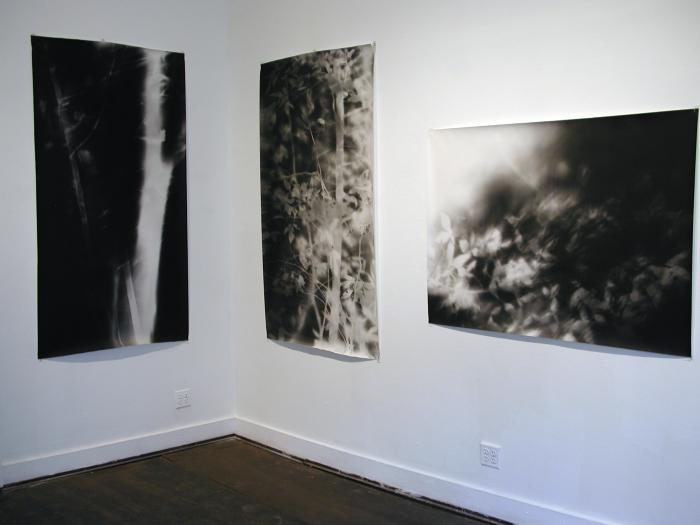 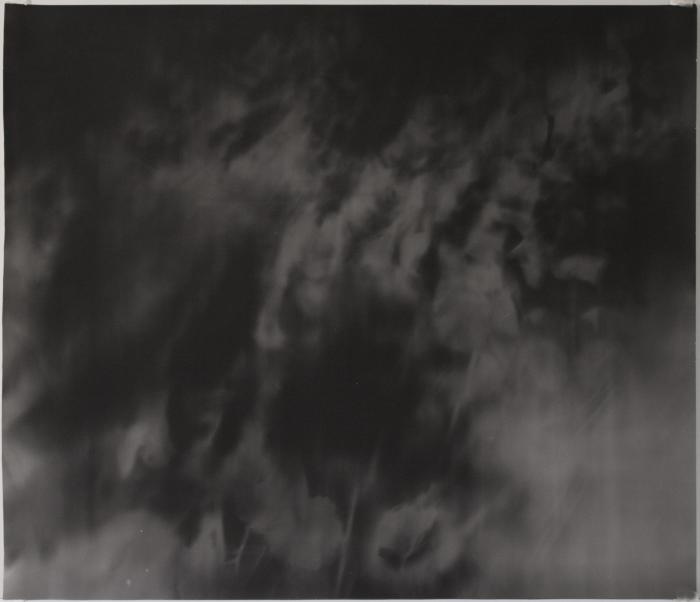 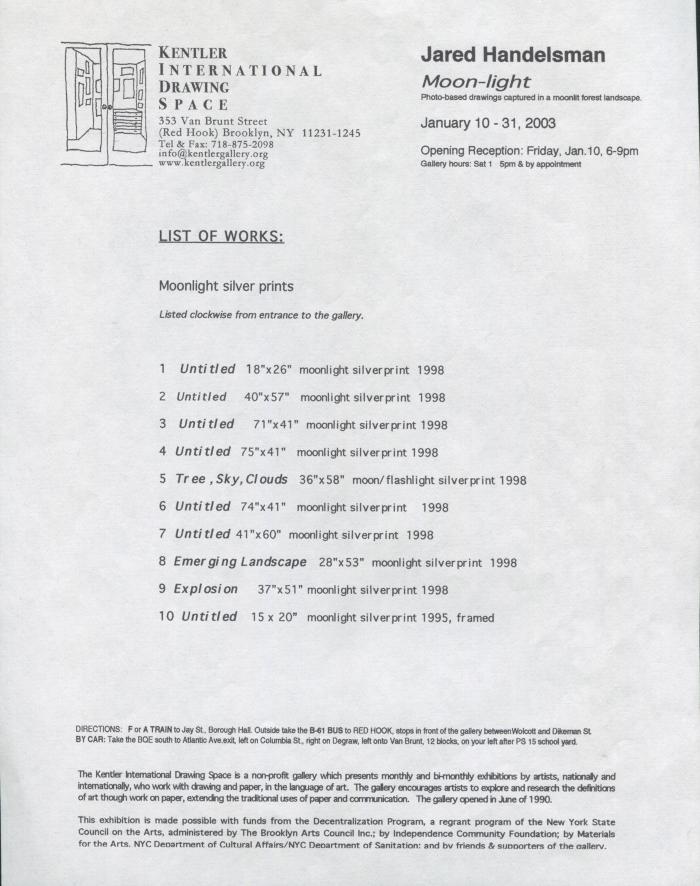 Shadows and gravity are at the center of my artwork. My photograms are made by exposing photographic paper directly to shadows cast by the moon and other light sources. I became interested in the photogram process while working on photo documentation of my sculpture. I was working on sculptures in which I displaced a rock from its former place, showing where the rock had been connected to the ground. While in the darkroom printing documentation of these sculptures, I started making photograms in which I exposed rocks directly on photo paper. The images that emerged essentially showed a map of the contact of the rocks to the paper revealing an in-between space analogous to that disclosed in the sculpture. Around this time I started exposing scraps of photo paper as I walked through the forest to a sculpture site where I would sometimes work at night. The more I exposed these "tests", the more the shadow world of the nocturnal landscape opened up to me. Before long I was exposing larger pieces of paper in order to further explore the phenomenal shadow world I had stumbled upon. As the rising moon shines through the edge of a clearing and its diffuse light filters across the thick foliage, I step out from behind a dark tree trunk holding a sheet of photo paper and watch as the shadows play on the page. The image caught is a fragment of the complex web of moonlight and shadows that pervade the forest. Trunks, branches and leaves rarely come into direct contact with the paper. Rather, layer upon layer of light and shadow are cast on the paper. In the development, the images emerge slowly and even after being fixed retain a sense of emergence.