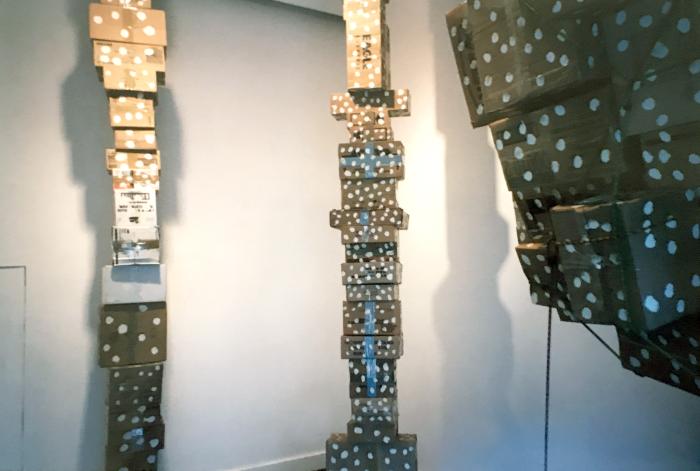 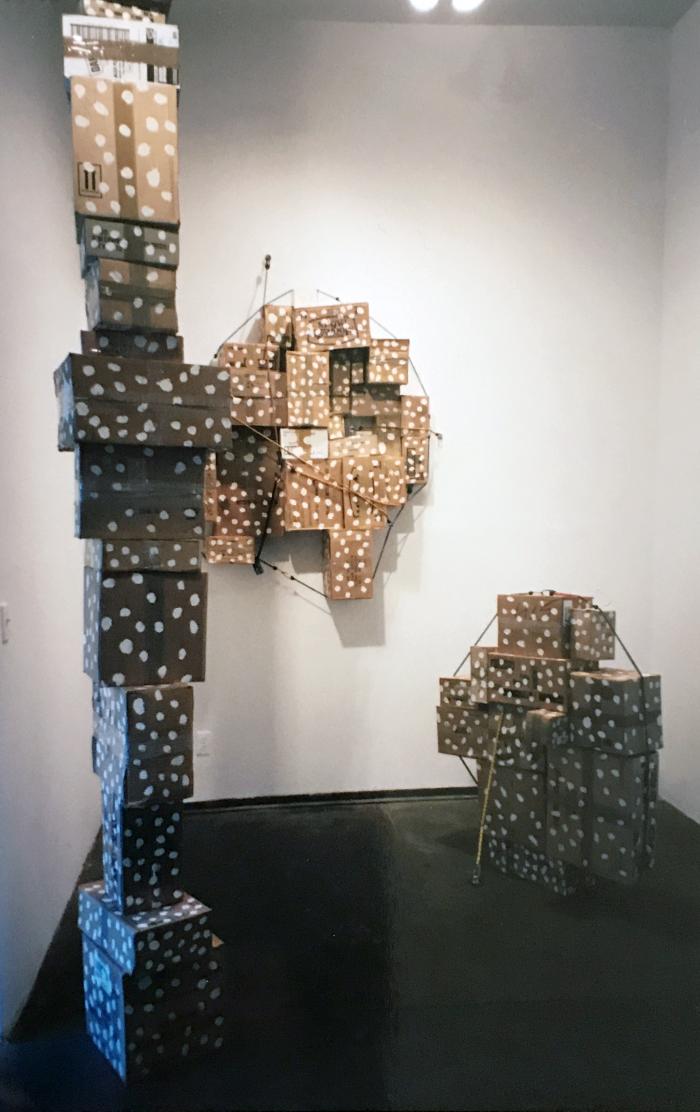 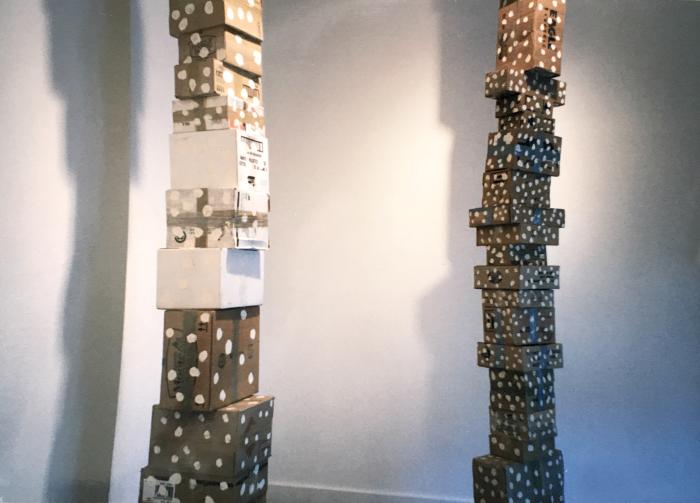 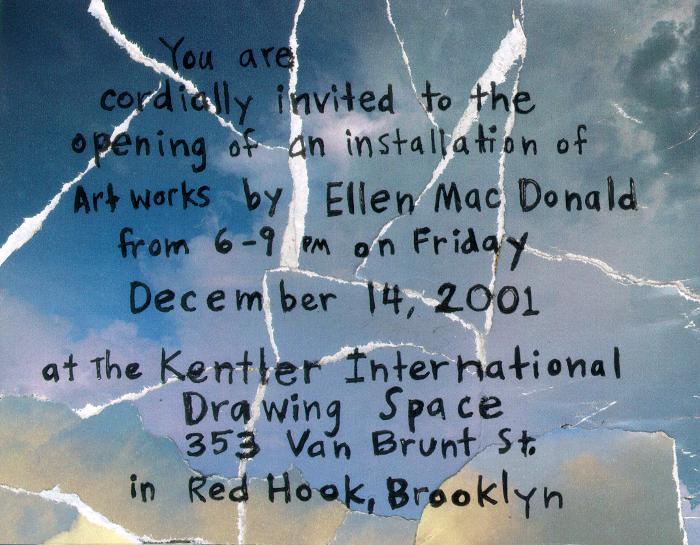 Painter/sculptor Ellen MacDonald thinks it is unnecessary to search far for a spiritual awakening or much else for that matter. In that same spirit she finds her art materials in her local Brooklyn stores, streets and parks.

The installation of paint-marked cardboard box totem-towers and bungee-corded groupings are a continuation of her interest in creating religious ceremonial objects out of other man-made throwaway materials such as boxes and plastic grocery bags.

"From the beginning I have been interested in representing states of being with poetic, metaphorical symbols, images and actions". —Ellen MacDonald