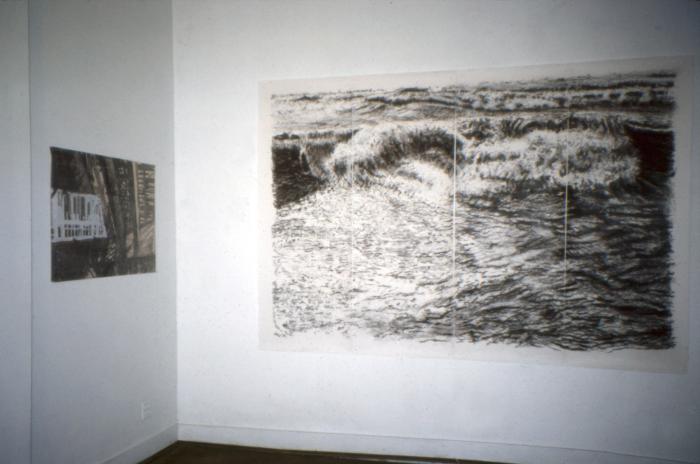 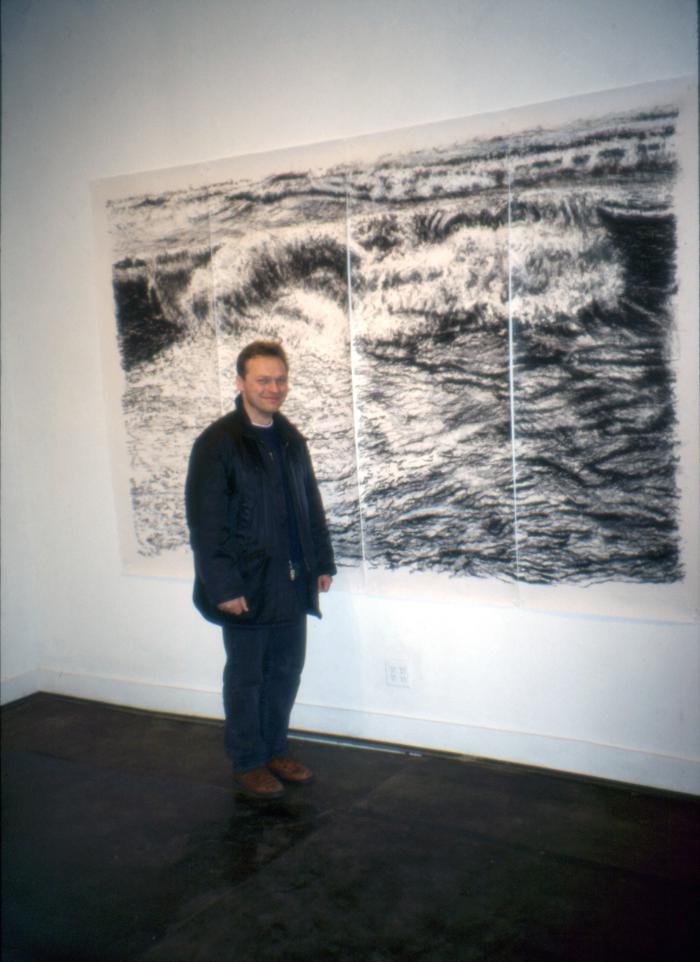 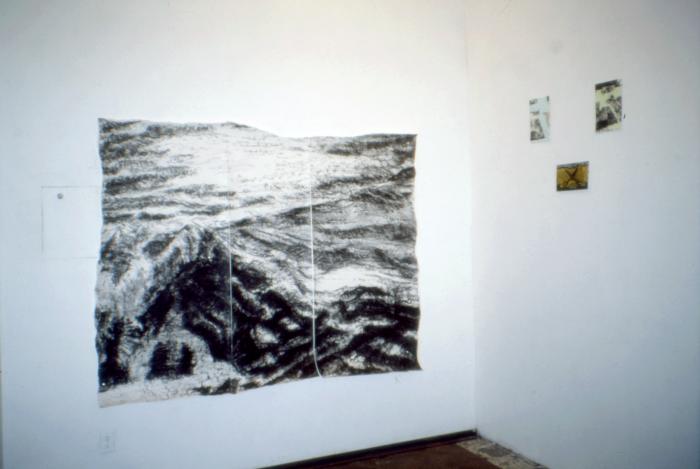 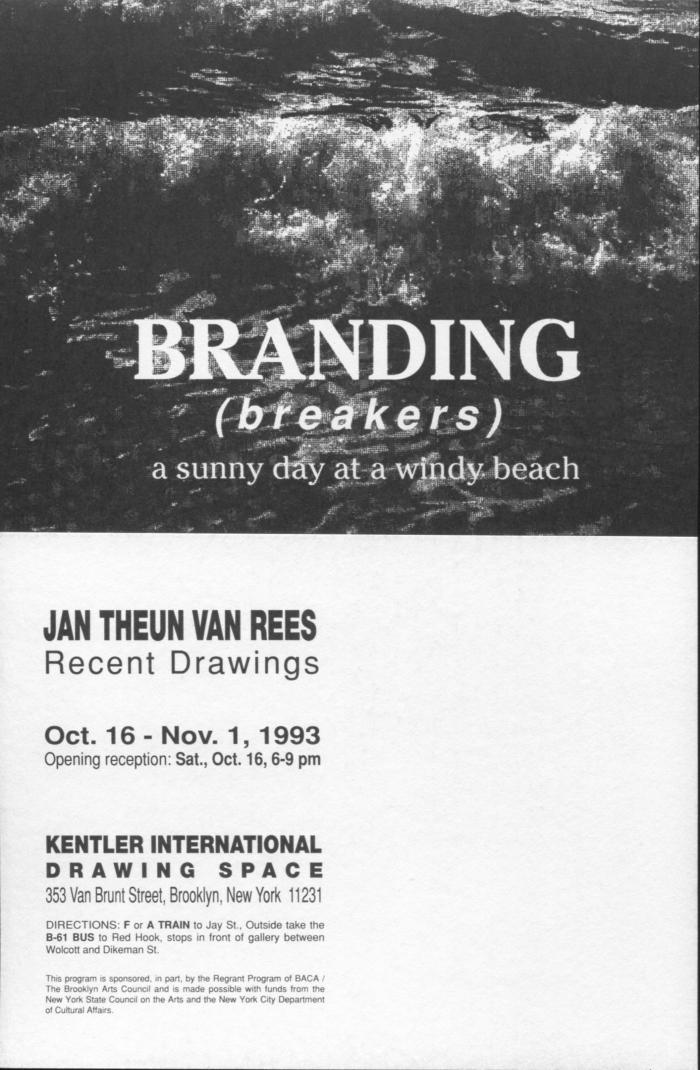 The work has always been about a dialogue / confrontation between both human principles of order and "harmony" as seen in nature.

Last year's drawings were focused on architectural principles, in which I tried to find moments where one had lost control over a design environment. For the Kentler show, I intended to start from the opposite point.  Choosing breakers as a subject is simple. They are always there and from where I live, it is not very far to the sea shore. Drawings of waves and oceans, infinite spaces, suggest a very romantic attitude. I will not deny that. However, I am very much aware of the danger of losing yourself in romantic contemplation. The large breaker is a very simple translation from a picture I had taken of a break. In fact, in its attitude it is closer to the more architectural drawings. I chose the size for the impact from the drawing, as well as a way to be able to have space to work out the structures without having to be concerned about the picture so much. On small scale drawings, I started with every line, every line is a wave, represents something. While I was working, I found that very irritating.

The second large drawing is made the same way. However it turned out being something different. That's all right with me. The breaker as a subject is meant to be a starting point to get working. It is not the point for the final result. I don't want to make them abstract deliberately but find out while I work where the drawing will lead me to. That was something I wanted to do because my previous architecture subjects are more constructed. They became more and more thought over in advance. With the breakers, there is a very open struggle between where I want the drawing to be and responding to what it turns out to be. Finding a balance in that finalizes a piece.

The small pieces find their origin in Greek temples, places of ultimate architectural order. Demolished, they become a unity with their surrounding. However, they still stand as a building. These temples that you can find in Paestum, south Italy, form a returning point of inspiration. These small pieces are based on negative images from pictures I have been taking. This is an attempt to lose control over the image. Int this show, they form a connection between the breakers and the architecture.