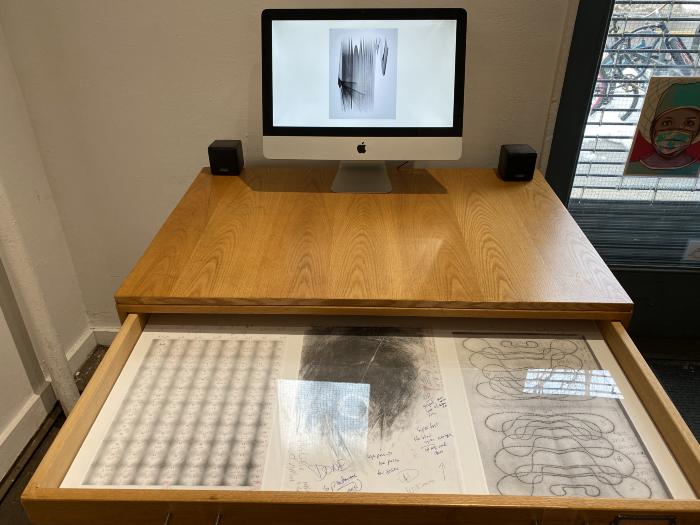 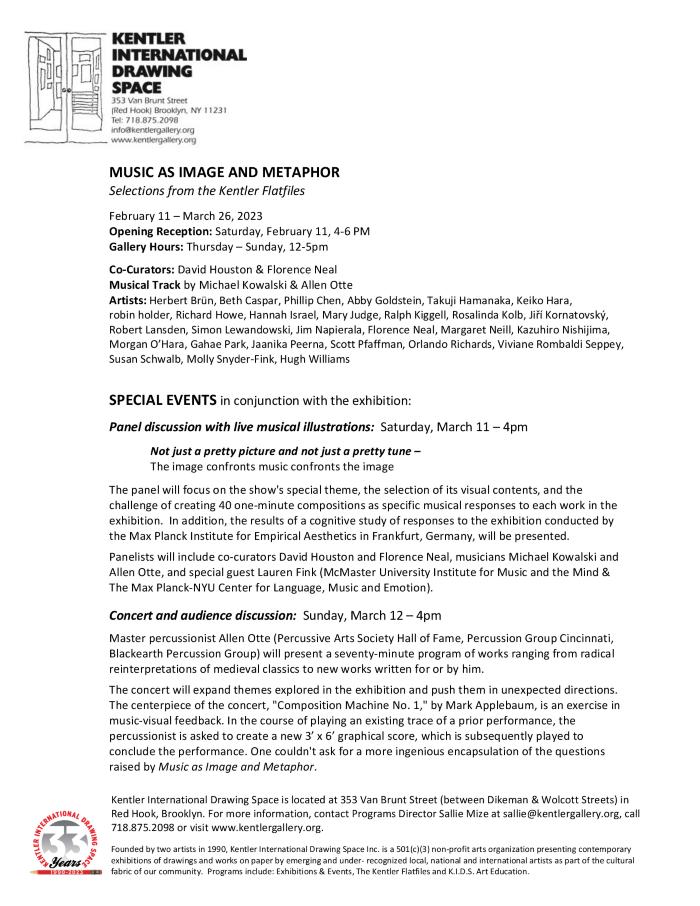 The panel will focus on the show's theme, the selection of its visual contents and the challenge of creating 40 one-minute compositions as specific musical responses to each work in the exhibition. In addition, the results of a cognitive study of responses to the show conducted by the Max Planck Institute for Empirical Aesthetics in Frankfurt, Germany, will be presented.


David W. Houston is currently the Director of the Ohr O’Keefe Museum of Art in Biloxi, Mississippi.

Composer-pianist Michael Kowalski and percussionist-composer Allen Otte have been collaborating on musical projects since the early 1970s.  In addition to his work as a soloist, teacher, and composer, Otte is a founding member of two of the most important multiple percussion groups in the United States, the Blackearth Percussion Group and The Percussion Group/Cincinnati.  Kowalski was a pioneer in computer-assisted sound synthesis and algorithmic composition in the 1970s.  After years of composing primarily for percussion, dance, and electronics, he turned to theatre and chamber opera in the 1990s. Kowalski’s “Gringo Blaster,” commissioned and premiered by Otte and the Percussion Group/Cincinnati, is available on an Einstein Records CD of the same name.