Focus on the Flatfiles: Personal Matters 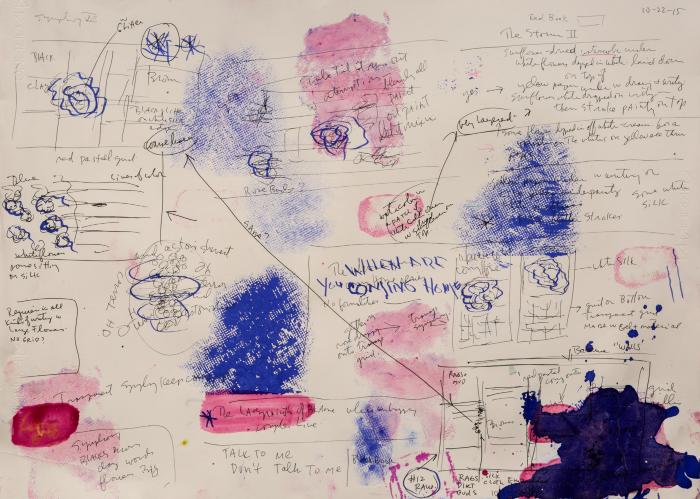 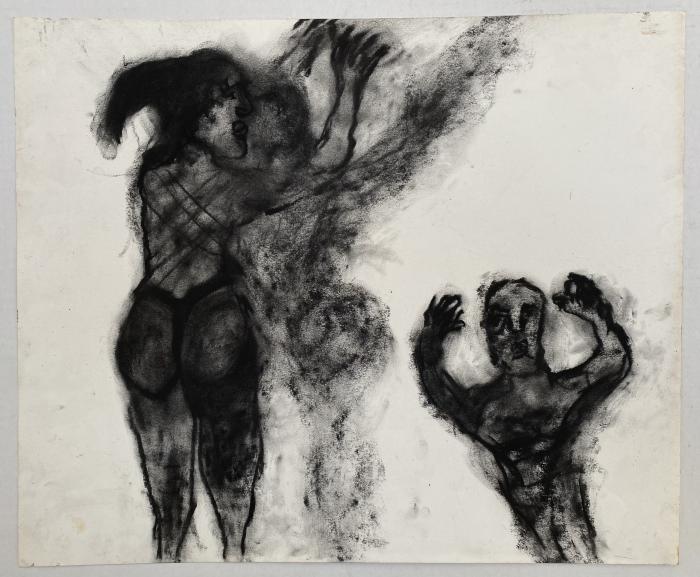 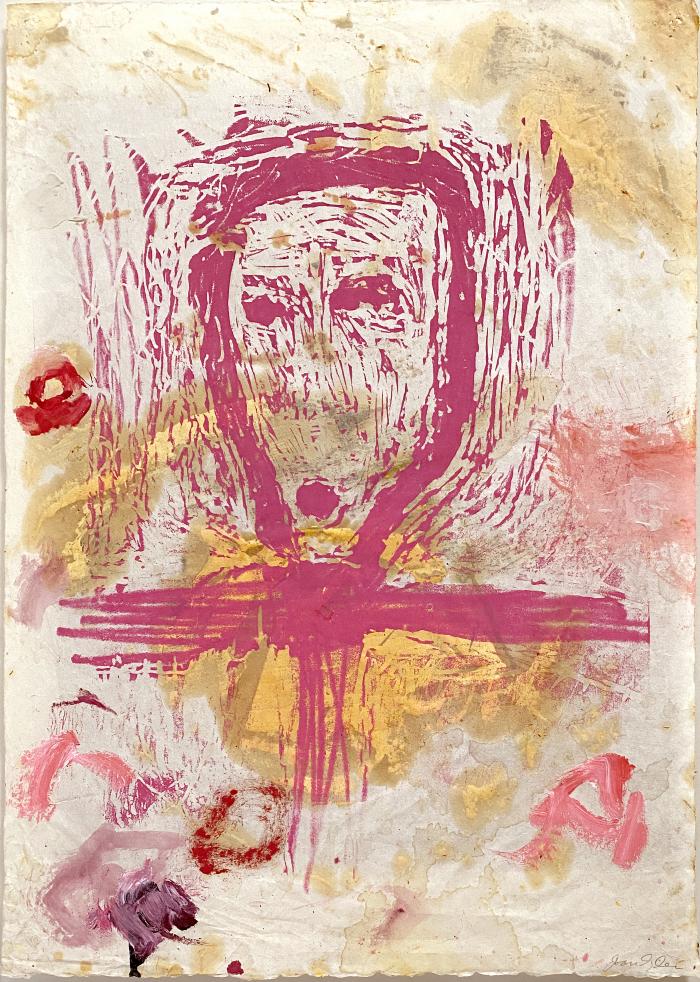 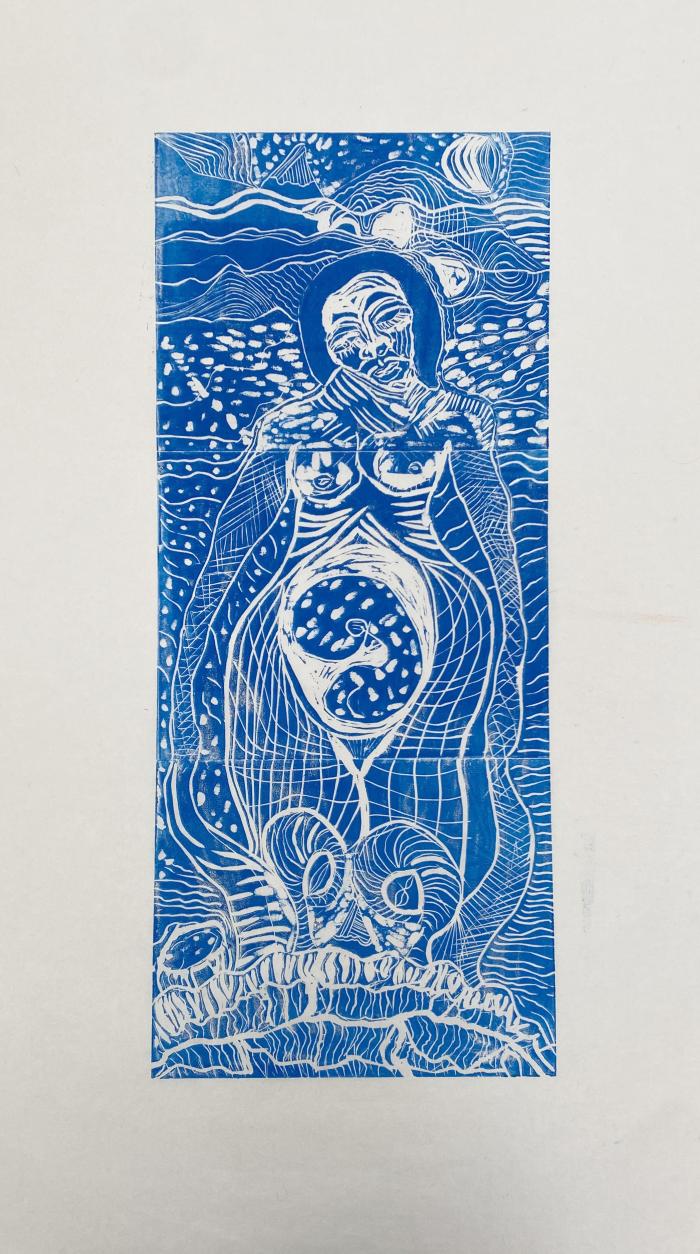 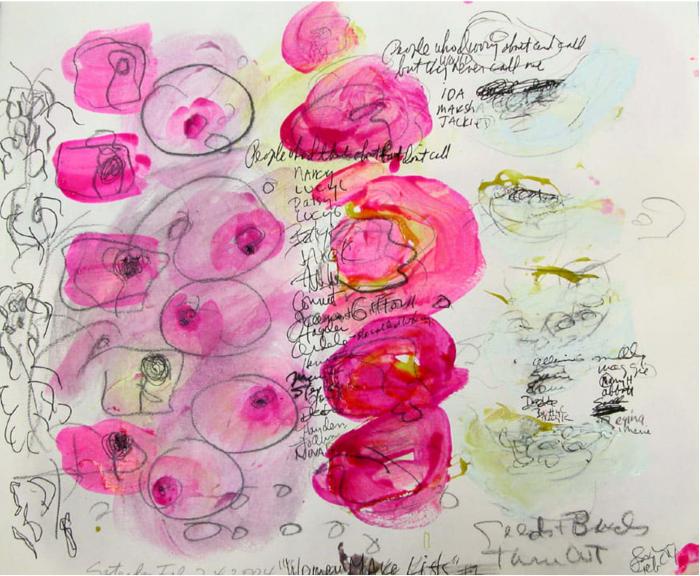 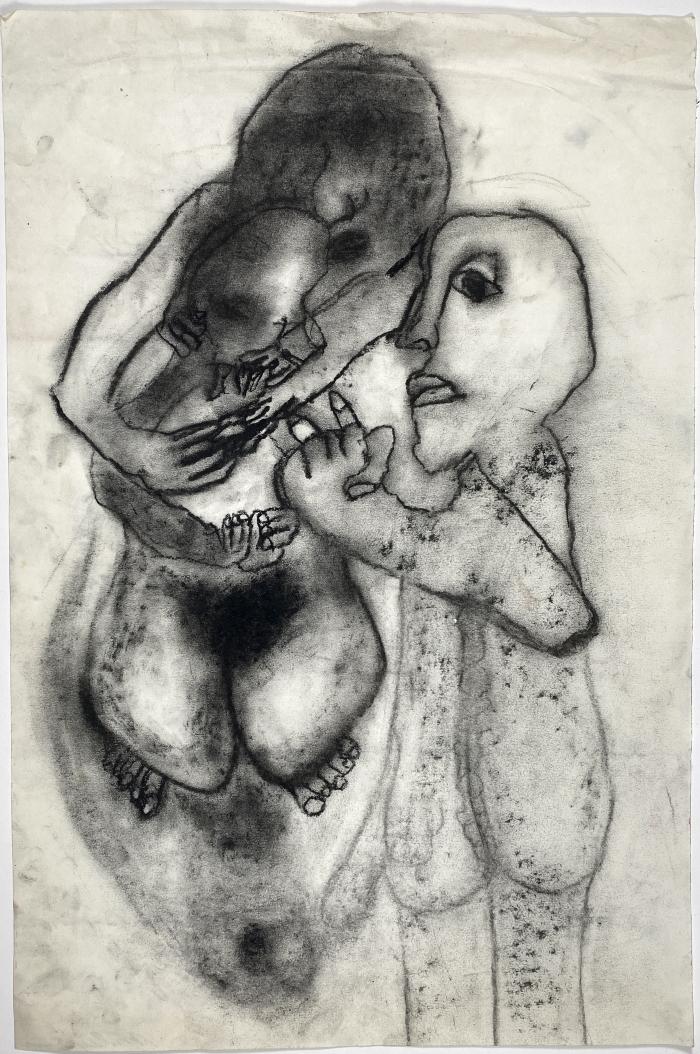 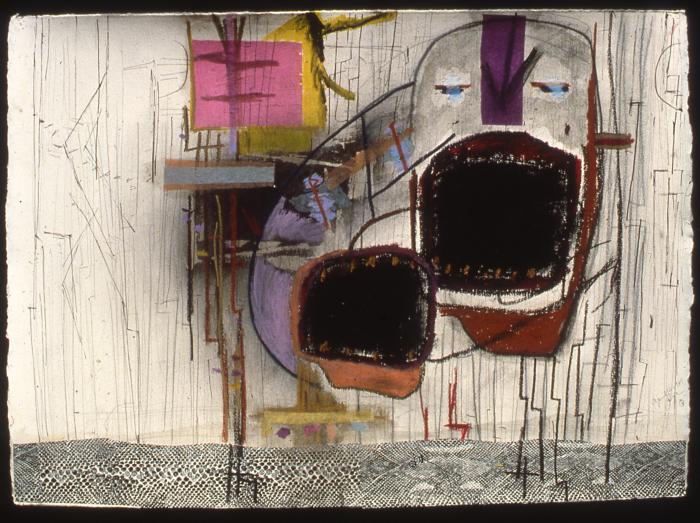 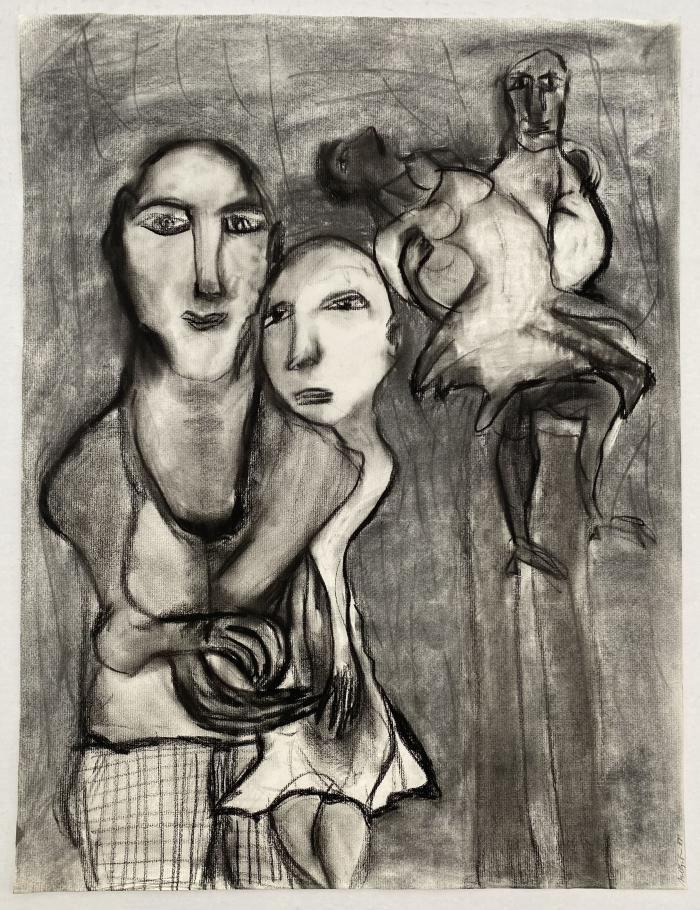 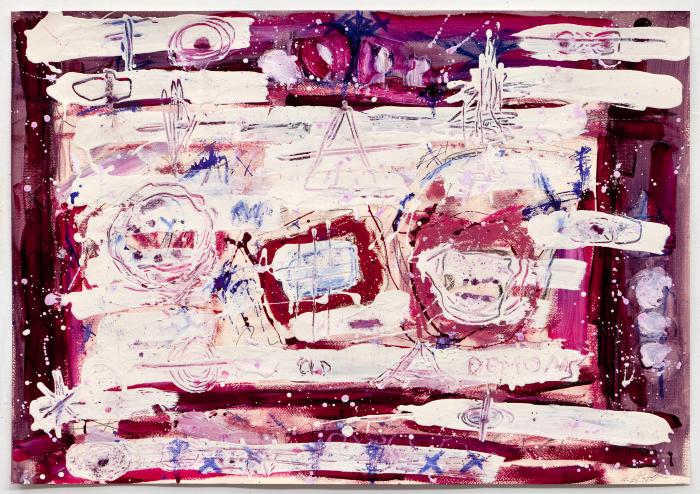 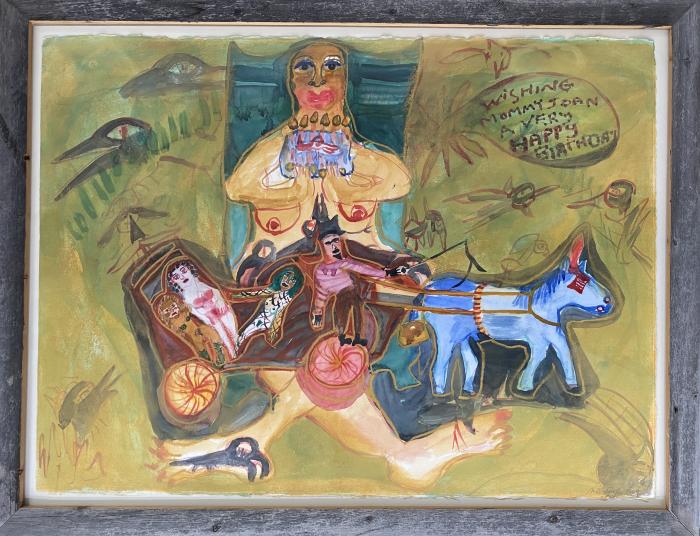 Opening Reception: Saturday, April 23, 4-6pm
Artists' Talk: Sunday, May 15, 2pm
Gallery Hours: Thursday – Sunday, 12 – 5pm
Exhibitions and events are free and open to the public. / Masks required for the safety of all.


Kentler International Drawing Space is pleased to present It’s All Personal, an exhibition of recent and historical works on paper by Joan Snyder and Molly Snyder-Fink.

It’s All Personal showcases the relationship between mother-daughter artists Joan Snyder and Molly Snyder-Fink and their evolving bodies of work. The show reflects each artist’s separate exploration of deeply autobiographical themes. A rich visual dialogue emerges when the work is seen together.

The show features 38 drawings, prints and artist books spanning five decades. The works – many of which are new to public view – are stylistically and formally diverse. Each artist, through text, figure and abstraction, probes intimate topics such as marriage, divorce, pregnancy and motherhood. The exhibition’s narrative qualities draw viewers into a raw exchange, between mother and daughter, of ideas, emotions and art. A brochure with Charlotta Kotik in conversation with the artists accompanies the exhibition.

While recently surveying the wide range of works in the Kentler International Drawing Space’s flat files, Florence Neal, the Kentler’s director and co-founder, became intrigued by the idea of a show of works by painter Joan Snyder (JS) and her daughter, artist and writer Molly Snyder-Fink (MSF). She wondered: Will the mother/ daughter relationship be illuminated through their work as well as illuminate their individual artistic trajectories? And above all, will the artists themselves welcome this endeavor? Florence asked me to help curate the show. In doing so I had the pleasure of discussing the project with Joan Snyder at her studio and with Molly Snyder- Fink at her home in Brooklyn. Below are excerpts from our conversations. —Charlotta Kotik (CK)

CK: Joan, is this the first time you are showing with Molly?

JS: Yes, it is the first time. I was immediately interested in the idea when Florence proposed it. It has been interesting for both of us, Molly and me, as it reveals new connections, new insights. However, even though I was quite excited by the idea of this exhibition I initially found myself puzzled by the selections, by some of my pieces that were chosen. But then it all started to make sense when I saw the show begin to come together, and saw our work next to each other. There are quite a few of Molly’s drawings that I had never seen. I know that I will be just as enlightened as anyone by this exhibition. It’s going to be a revelation for me.

CK: You both are very courageous, expressing difficult personal experiences and feelings through your work.

JS: I always wanted the content in my work to be personal, from the very beginning. And I’ve discovered that it almost doesn’t matter how you express something in a work, how many secrets you reveal, everyone is going to read it through their own experiences based on their own lives. Some of my works are more explicit than others. It’s who I am and what I’ve always done— kept my work, the content, personal.

CK: Her drawings and writing are very narrative. Is it the figuration that best conveys the spirit of the work?

JS: Yes, Molly is a storyteller, always has been. She uses charcoal and pastels usually black or brown...a certain pallet that is consistently her own. Her father, Larry Fink, is a narrative photographer so storytelling is a part of Molly’s DNA. And Larry has always been very verbal, expressing well in words what he achieves visually. He has always been interested in words so it’s not surprising that Molly has that talent. And jazz has always been a big part of Larry’s life and became a part of Molly’s life as well.

CK: You do a lot of works on paper. Do you see some as preparatory works for larger paintings?

JS: My small sketchbooks are very important beginning ideas for paintings. When a drawing becomes larger it often becomes an independent work. I work on sketchbooks while listening to music, at concerts—that is where I record my ideas, feelings, make special notes about color and materials, etc. The pages in the small notebooks are seeds for paintings that often appear years later.

CK: Molly, what made you decide to become an artist?

MSF:I grew up immersed in the world of art and so becoming an artist myself unfolded naturally. I did creative things from an early age, mostly concentrated on writing rather than drawing. I learned to read early on at the Little Red School House in the Village. When we moved to Long Island, where the school was far less inspiring, my mother invited a group of my friends to come to her studio after

chool where we wrote and illustrated storybooks. It was during those elementary school years that I discovered I was a natural storyteller—it’s an essential part of my writing, filmmaking, drawing, and artmaking.

CK: Did you start to draw more after the storybook stage?

MSF:I can’t recall when I started to draw in a more concentrated manner. I think it was in high school. I went to the United Nations School, where I had an amazing art teacher who introduced us to film, and an English teacher who taught us how to conduct and transcribe interviews. I became very interested in documenting people’s stories with images and words, based on real life.

After high school I went to Bard College, where my father was a photography professor. Wanting to chart my own path, I chose film and video as my major, learning 16mm filmmaking before digital video emerged. From the beginning I was interested in autobiographical films and documentaries. Several of my early films were about my father, wanting to draw him closer yet often resorting to a confrontational approach. After some early struggles, he and I have forged this amazing connection.

CK: Did you also draw during this early, more media- oriented period?

MSF: At Bard I took a printmaking class with Judy Pfaff and the first assignment was to make a woodcut on a piece of 4- x 8-foot plywood. It was an ambitious way to begin! And, I have always made drawings—they were always a part of my journals, documenting events that I wrote about. For me drawing is a quiet practice. The drawings come out unexpectedly—I let them out into the universe; sometimes I meet them again later and they surprise me. They are all about people’s stories and about relationships.

CK : Can you talk about a specific piece?

MSF: Much of my current work is about the pain I experienced in the later part of my marriage. Drawing and mark making is in the service of exploring my emotional world. The drawings often don’t represent particular people—rather they are like composite characters drawn from many personal experiences. There is one where a dark figure appears behind another lighter figure, lying on the bed...this alludes to the early stages of a relationship. Thus, some are straightforward, I can decipher them, but some are completely mysterious to me.

My process is guided by a stream of consciousness—I allow my mind and hand to release an image and add onto what or who appears. Sometimes my drawings are

like snapshots of relationships between people I have seen. One example is a scene I saw unfolding on the Coney Island boardwalk of a man in a wheelchair and his caretaker. My interpretation of that scene, however, is embellished.

Unlike my documentary filmmaking practices where I aim to tell truthful stories, with drawing I create the reality as I feel it. The most recent works are the woodcuts, influenced by my trip to Japan and my experience of being a mother. And of course I’m influenced by my mother’s work...but that is more of a subconscious rather than formal connection.

Molly sent me the following statement for the exhibition. Who can better summarize the ideas within this project than Molly Snyder-Fink herself:

I grew up learning from my mother that it was OK and in fact FANTASTIC to make artwork that was personal. This idea of “the personal is political” was also part of our cultural zeitgeist that informed my upbringing. Therefore, I learned from both the broader sphere and the intimate world of my mother’s studio creations that art was a vehicle to talk about deeply personal matters. This meant that my work has always been autobiographical and a place to channel my emotions, experiences, impressions, and questions about my own life. Because I have always been interested in people’s stories, my work often explores figures, faces, and sketches of the people I encounter and who live through me in my psyche. When I put charcoal to paper, I am inviting those people to emerge through my fingers and reveal themselves to me. Sometimes the stories and people who emerge are about my life and other times they are about the lives of others. To some extent, these two types of existences are interchangeable in my mind, as I believe in a sort of cosmic reality where selves merge and borders between people and countries are mere constructs. While in the everyday routine we remain separate and defined, in my drawings, that cosmic existence is allowed to be real.

—Charlotta Kotik is a writer, independent curator, and lecturer living in Brooklyn. A native of Prague, she has worked in major American museums and is a Curator Emerita of Contemporary Art at the Brooklyn Museum.