Focus on the Flatfiles: Movement in Black & White 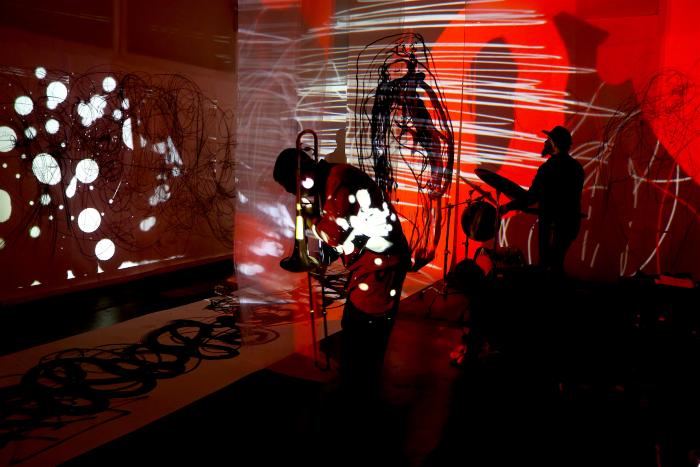 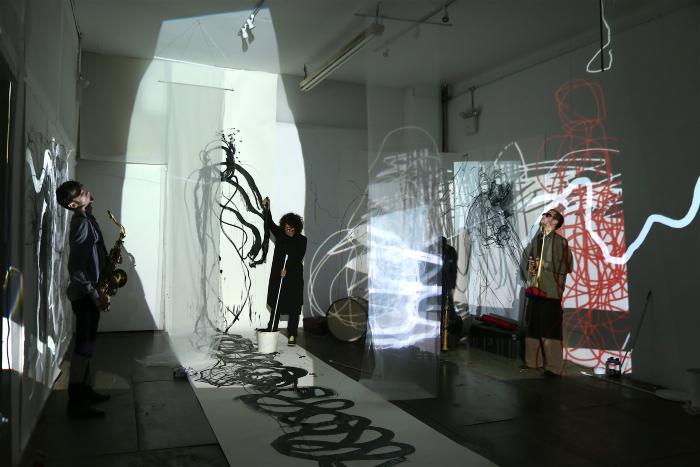 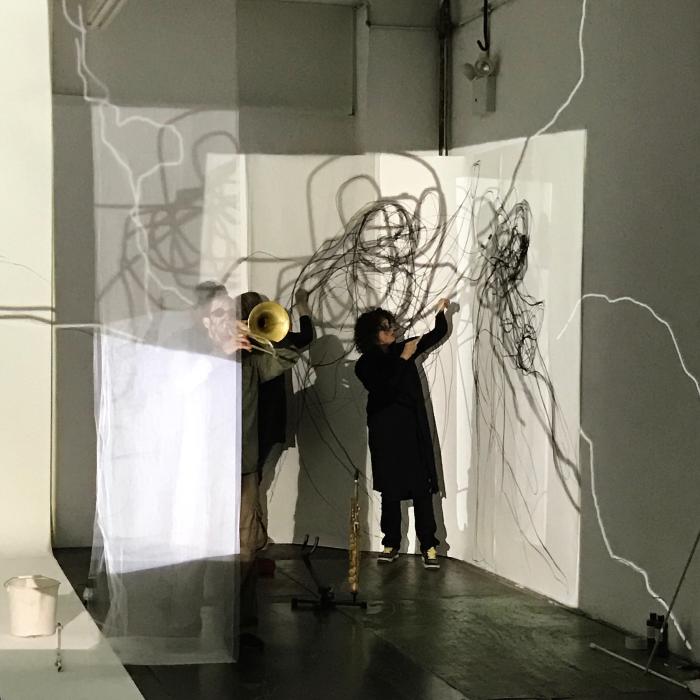 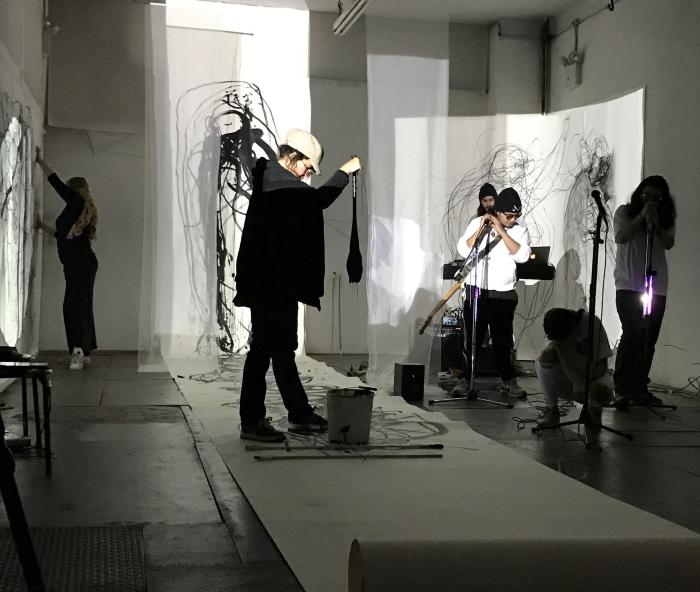 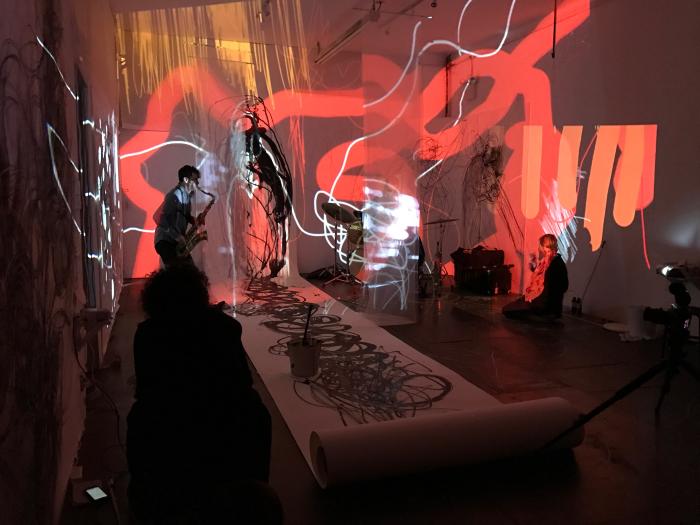 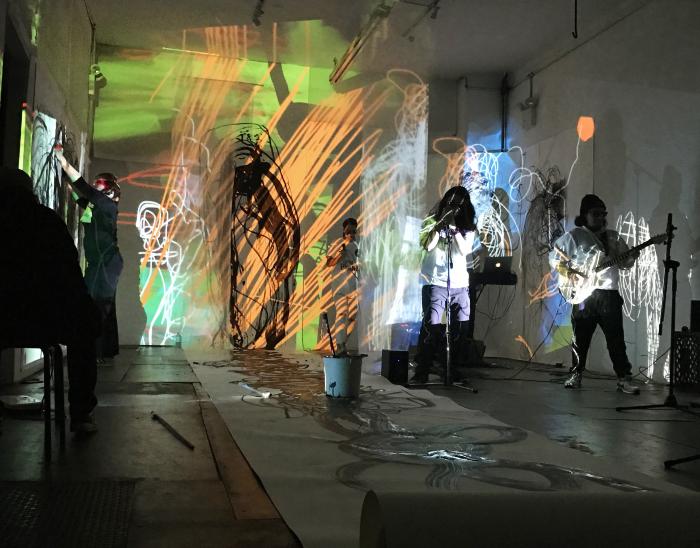 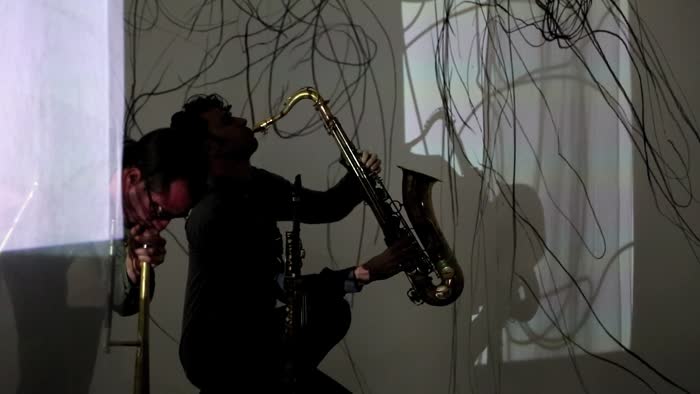 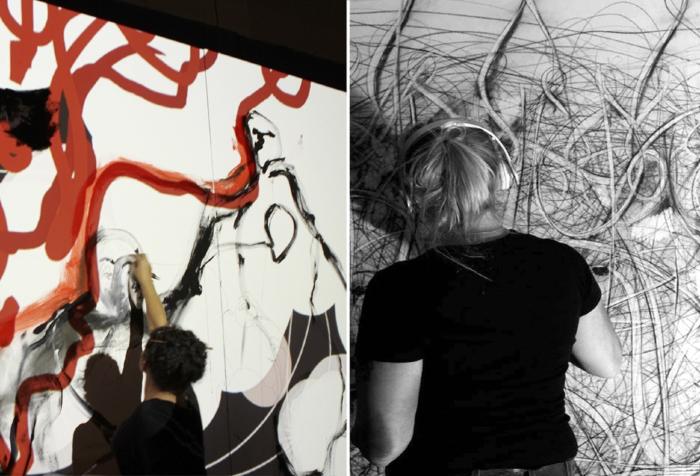 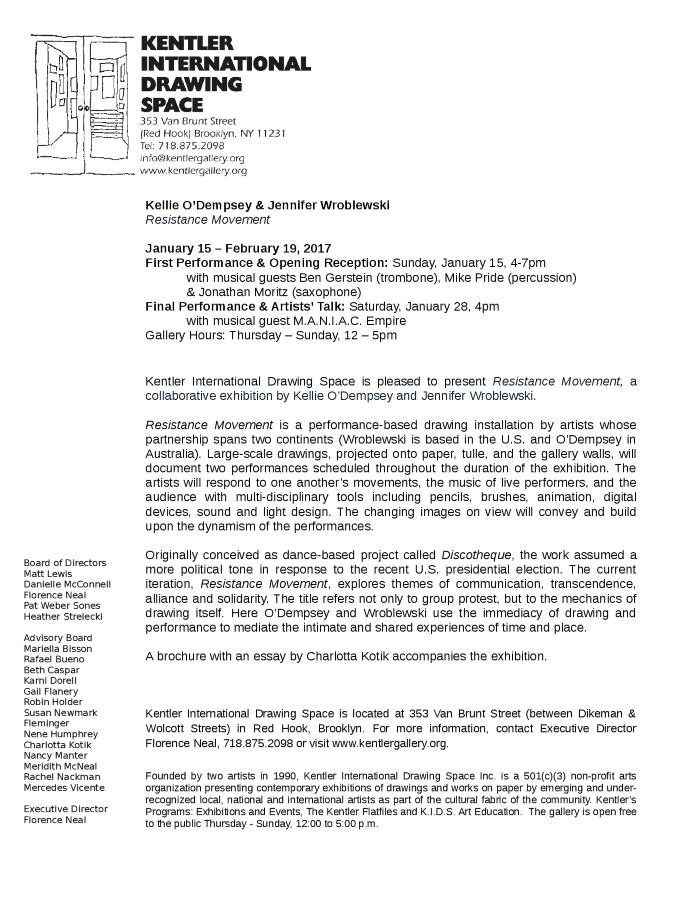 Drawing in the Time of Resistance
Although separated by the passage of time, the keen interest in the possibilites of drawing, demonstrated  in the late 20th  and the beginning of the 21st  century, can only be compared to that of the Italian Renaissance and its intense probing into drawing’s variations.  At that time drawings were seen as a manifestation of the Divine, containing the polarity between the disegno interno, the inner design, that we would now call idea or concept, and disegno externo, the physical manifestation of the work. This duality-- the possibility of quick transfer of the inner, intellectual concept to the external physicality of the work, --has never ceased to interest artists. Because this immediacy  can hardly be replicated in any other medium, drawing garnered  special recognition, becoming a medium of choice for many contemporary artists, an instrument that can be combined with, and transported into, other realms of  creative endeavor.

In today’s highly diversified global art world, drawings that result from the performative activity of the artist occupy a special place. Called “performance drawings,” they represent an aspect of performance art in which artists create their work in front of a live audience, commanding an instant communication with the viewers. There are distant predecessors for this activity such as the highly theatrical events staged by Yves Kline in the early 1950s.  While Kline was not physically involved himself, under his direction nude models created imprints of their bodies on paper or canvas. . And there is of course the celebrated practice of Jackson Pollock’s gestural painting that although carried out in the privacy of the studio, had a highly performative character.  The intensity of the artist’s movements is well reflected in the resulting encounter of paint with canvas or paper.

Australian Kellie O’Dempsey and American Jennifer Wroblewski met during  Draw to Perform 2 in London in 2015, a yearly symposium centered on the performativity of the act of drawing. Both artists created large durational pieces and realized the potential for collaboration.

In works such as Attempting to Weave a Persian Rug with Charcoal, Wroblewski is primarily centered on the use of her hand, while her body is gently swaying to the sound of a plaintive Middle Eastern song. The effect is poetic, highlighting the power of simple and often repetitive gesture as a major creative force. There is also a hidden homage to the often unheralded beauty of the work of unknown craftspeople, many of them women. The same could be said about Wroblewski’s Victorian Era Charcoal Weaving.

Kellie O’Dempsey’s monumental installations sometimes grow from surprisingly modest-sized drawings executed on paper, or drawn directly on a computer. When creating large-scale multimedia drawings the artist uses digital technology to magnify the results. In pieces such as the Lightening Field, done in Brisbane in 2016 in collaboration with the Theater of Thunder, she truly created a storm of line, shapes, colors, and images on a monumental scale.

There is a strong narrative possibility in this new genre that can be explored in various ways. So for their Kentler piece, O’Dempsey and Wroblewski chose to create a statement about the complexity of the present political climate. Using body movements as well as new technologies they would remake the gallery space by creating a multimedia environment. Originally envisioned as a performance drawing collaboration called Discotheque it was to highlight the capacity of drawing to record movement and to reframe the gallery space as the discotheque, a liminal environment and space of abandon where pleasure through movement is a goal and where the democratic practice of social dance renders all who enter equal and allied. 1In the light of the current U.S. elections the artists amended the project and renamed it Resistance Movement.  The gallery is still treated as a gathering space but the significance of movement is shifting from the purely pleasurable toward the formulation of a sociopolitical statement.

The artists see the piece as a rejoinder of the early 20th century Dadaist events, the cabarets of pre–WW II Europe, 1970s discotheques, or the rave culture of the 1990s. They view the dance place as a safe gathering space but also as an incubator of resistance toward the ills of the political order.

Movements could be structured into varied dance sequences   characteristic of particular geographic areas that have longstanding cultural, social, and thus, indirectly, political traditions. Dance could become an agent of inquiry and change. For example, dances in various parts of the African continent teach social values, cement group traditions, and mark important anniversaries and stages in a person’s maturity. Whether a particular dance is composed from strictly repeated segments of choreography or largely improvised, the participation in the dance ritual gives a sense of belonging and solidarity, be it in the face of danger or as a celebration. In the rich Native American dance tradition, the hoop dance is among the most narrative and visually akin to linear mark making.  The performers use tools such as reeds, twigs, and other implements, and while swinging them through the air they create an impression of a magical but impermanent line. The hoop dance was often performed as a healing ceremony meant to restore balance in the dangerously injured world and to renew hope in the never-ending circle of life. Its message is highly relevant in the morally and physically fragile world of today.

Drawing is a result of friction of the mark making tools on the given surface by the movement of the hand or the whole body. Without the almost antagonistic relationship of the tools and the support there would not be any trace of the activity. Thus both the terms movement and resistance have a proper and meaningful place when used as the title of the present piece.

The gallery installation will be essentially developed from the marks generated and recorded during two performances carried out during the show. According to the artists: “The marks generated during the performance will be projected in the space creating an environment of static and dynamic marks. Our marks will be analog and digital, made on paper and projected into space, onto walls, sheets of suspended tulle and onto one another. We will respond to music and sound and one another.”2

For both artists it is the exploration of the shared creative experience as much as the freedom to choose from the kaleidoscope of creative possibilities that made them engage with the practice of performance drawing. Working with pencils, brushes, digital technologies, light design, animation, and music, they are able to create three-dimensional kinetic collages of colors and shapes of unprecedented richness and scale.

- Charlotta Kotik
Charlotta Kotik is Curator Emerita of Contemporary Art at the Brooklyn Museum and an independent curator based in Brooklyn, NY