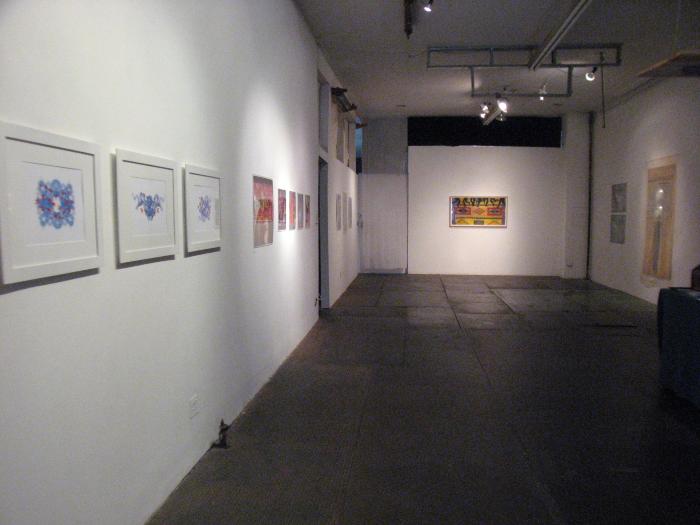 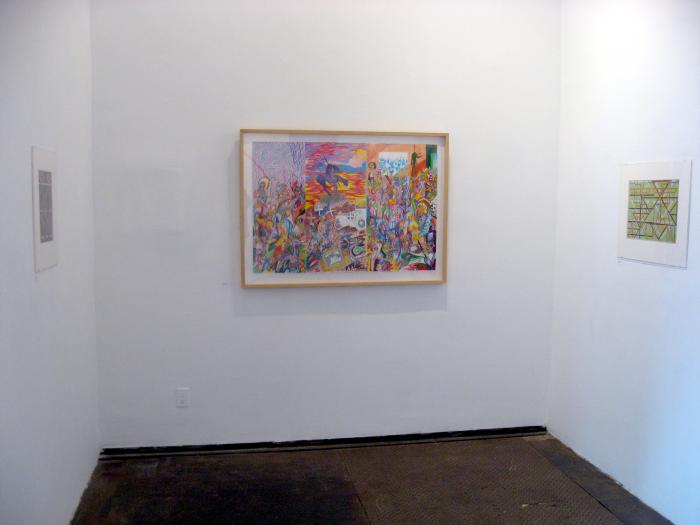 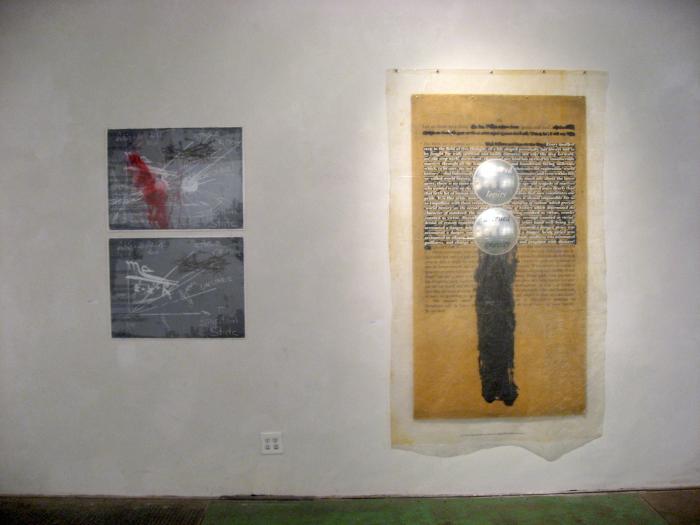 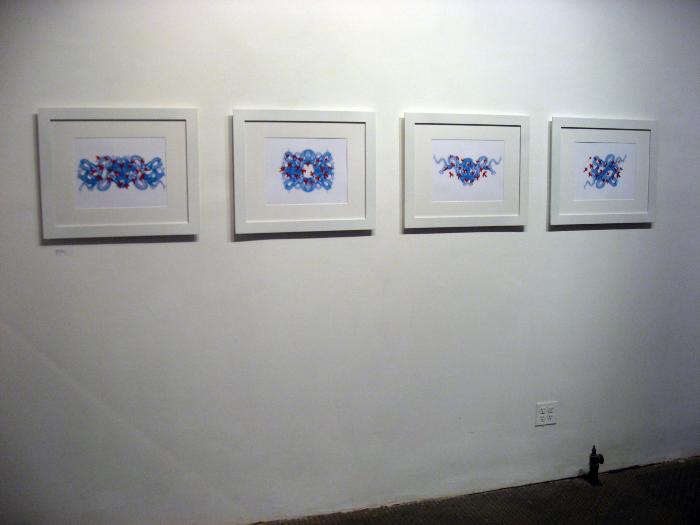 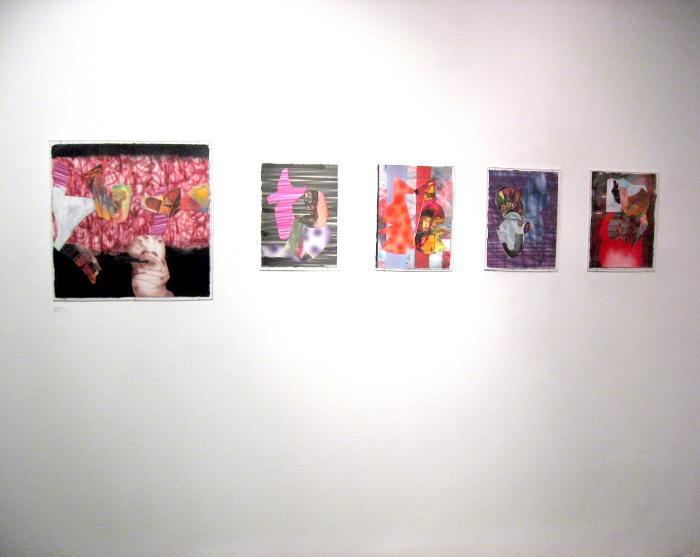 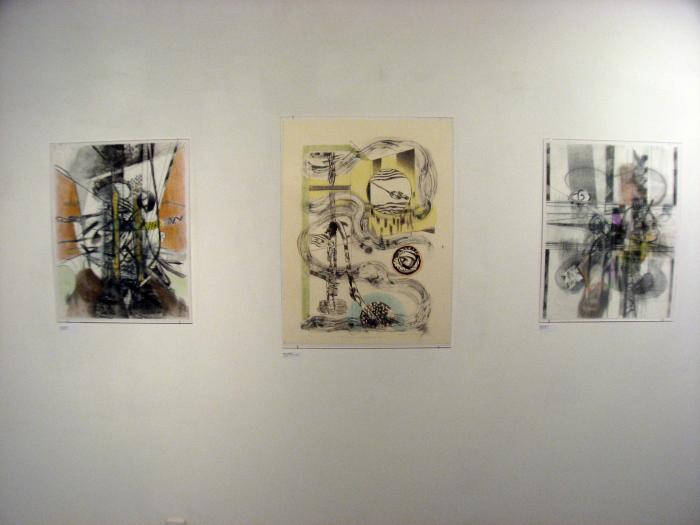 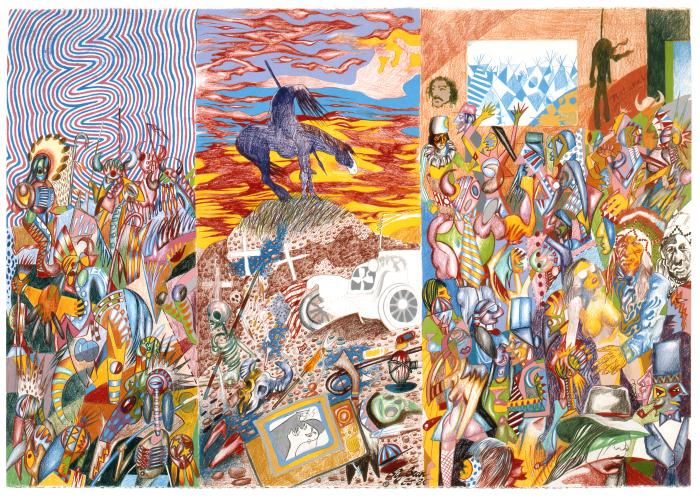 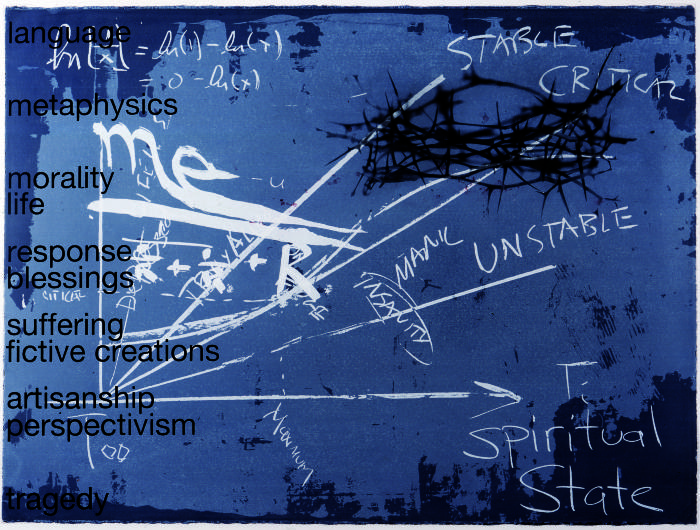 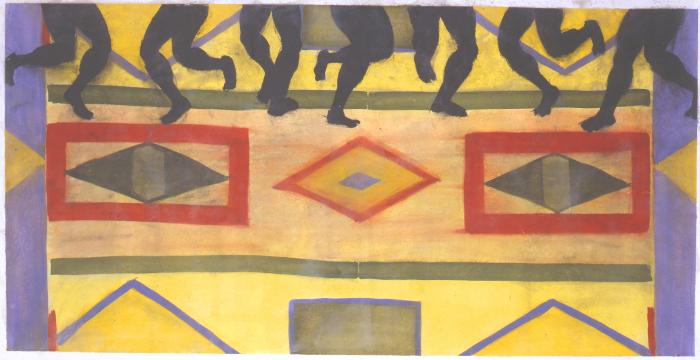 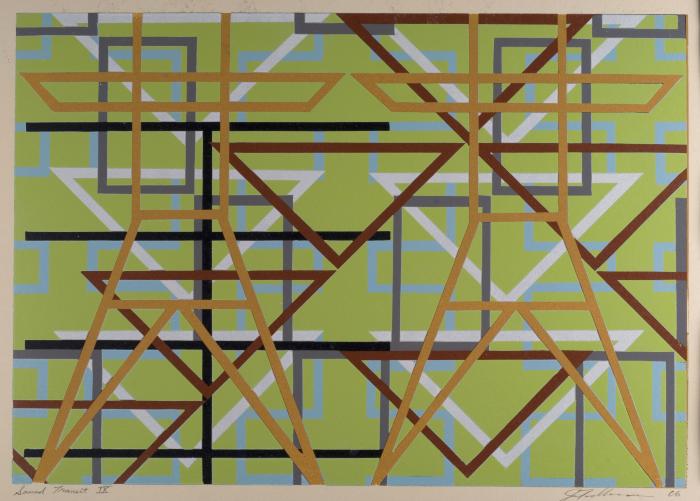 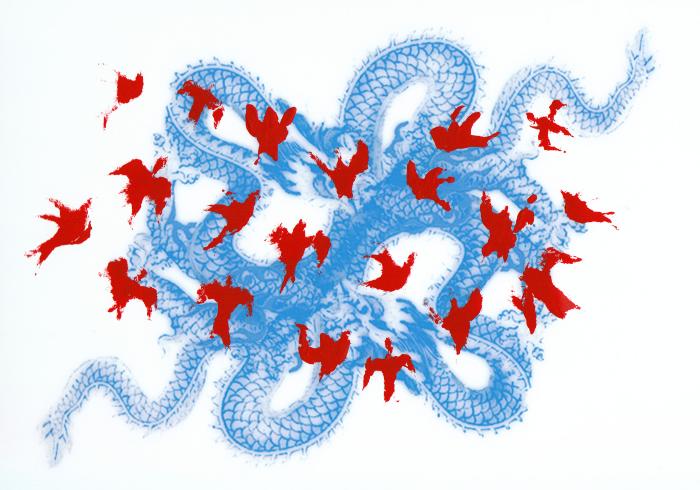 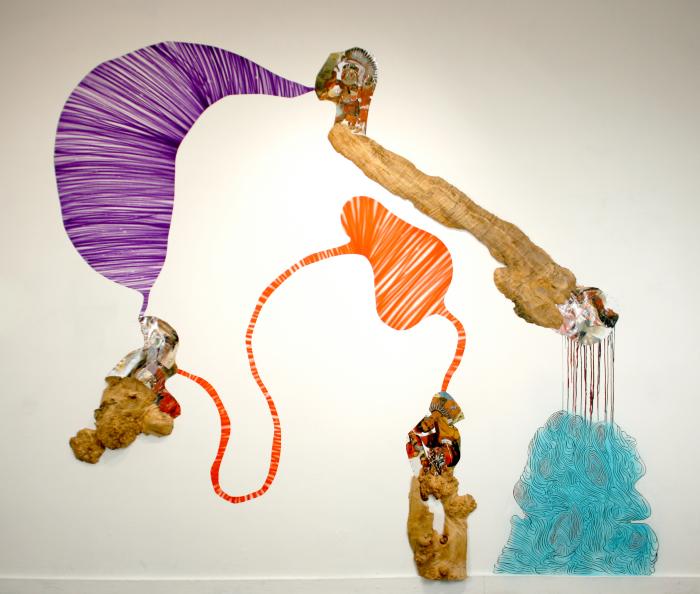 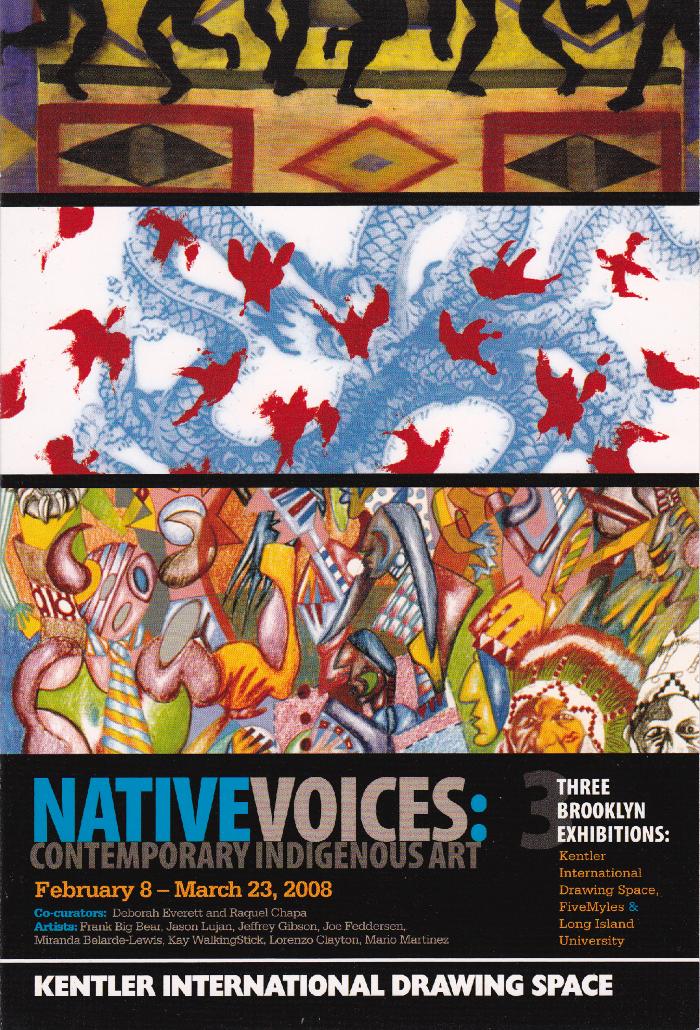 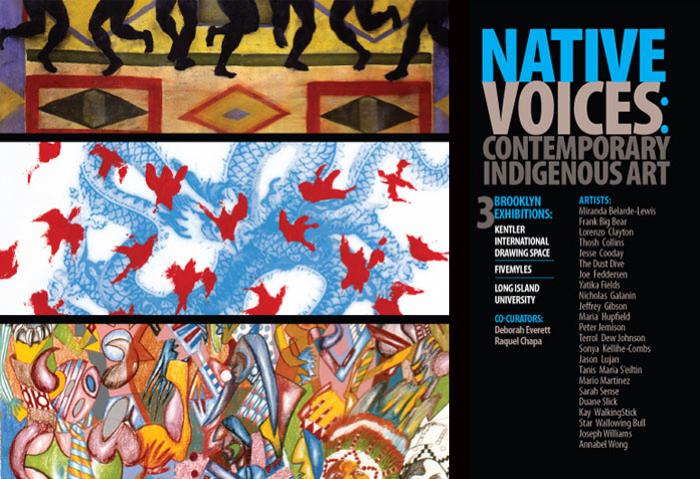 If there is such a phenomenon as “Native experience,” it is a vast and complex one – lived differently by each individual. There are said to have been five hundred Indian nations originally, each with its own unique culture. And though there are far fewer tribes today, many Native people continue to grow up with a strong grounding in their specific heritage, which can differ tremendously even between neighboring geographic areas. While the relationship to culture becomes especially personal if the individual has lived in an indigenous community or on a reservation, many Native people have spent most of their lives in cities while maintaining extended ties to their roots. Still others who were “adopted out” to non-Native families have reconnected with that part of their world later in life. And beyond these broad categories lies a prodigious spectrum of particular life circumstances.

But despite the many individual variants, there are some aspects of life and thought that are generally shared or understood by most Natives, but which tend to exist outside the scope of non-Native awareness. Most Indian people, for instance, know something about the painful relationship their ancestors had with photography – unrelated to the mainstream cliché about capturing the spirit. During the nineteenth and twentieth centuries, photographers avidly “documented” the indigenous world (although many images were staged or sensationalized), since Indians were commonly considered a “dying race.” This practice came to represent a kind of pictorial trophy hunting and embodied the same disrespect as publicity exploiting the victim of a crime. At the same time, most indigenous individuals recognize portraits of revered leaders like Sitting Bull, Cochise and Geronimo and know what they are famous for, whereas non-Natives often do not.

Indian people also know the non-Indian world, and many indigenous artists create striking syntheses of the two. Joe Feddersen’s work, for example, displays a highly contemporary sense of geometry, often exploring the technological patterns that dominate our world. Many of his motifs, however, have evolved from his Native heritage, especially Colville fiber designs. The artist’s inquiry into “sign and cultural identity” merges elements of both spheres in a complex, layered space, where parking lot grids or HOV-lane markers interface with traditional wedge shapes from basketry patterns. The power lines and high-voltage towers that define our horizons are clearly echoed in similar forms from Feddersen’s older culture. Together they conjure latent memories of archetypal schema.

Other artists in this group propose systems for the reconciliation of divergent worldviews. Lorenzo Clayton uses interleaved images of philosophical texts and even mathematical symbols to create a balance between personal observation and universal wisdom. His prints reveal his interest in what he calls “post-identity” perspective (gained from individual, subjective experience) as compared with “post-modernity” – his term for a broader, communal viewpoint representing a collective consensus of humanity.

Similarly, Mario Martinez builds a hybrid world through crossover environments in his drawing The Desert, the Yaquis, and NYC. He employs a geometric backdrop like the skyscraper canyons of his adopted New York, and on that matrix, he projects a “grid” of looping organic forms, suggesting plant life from his world of origin. An intriguing equilibrium is struck between the two: although the vines have adapted structurally to the right angles of their urban habitat, it is they that remain dominant and in the foreground.

Some of the work in this exhibition deals with issues of conflict surrounding identity, especially in terms of alienation from mass culture. Among the concerns are disturbing realities that we all face (although perhaps more keenly felt by indigenous people) and their attendant toll on the psyche. Confronting the stimulus overload and mental stress of modern life, Frank BigBear’s work rattles the senses, electrifying every perception and straining the viewer’s capacity for intake. He illumines the emptiness of insatiable consumerism in our culture, our confused saturation with hyperbole and media-spin and our obsession with trivial diversion. At the same time, he reveals the catastrophic effect of American life on Native people – ranging from fantasy worlds of charming exoticism, to historical death and destruction, to frenzied escapism though alcohol, violence, and suicide.

Similarly, Kay Walkingstick’s piece focuses on the matter of cultural survival, juxtaposing ongoing aspects of reality in a montage of experience. In We Are Still Here, she employs a geometric pattern suggesting designs from parfleche bags (handsome satchels used by Plains Indians for transporting their belongings). Superimposed across the top of that field is a dancing line of dark legs. Their exuberant movement and bare feet (perhaps shoeless to intensify contact with the ground) have a vivid, rhythmic presence. She combines a sense of physicality and immediacy with a continuity of material culture that endures against all odds. / Some artists here have found their identity amplified by life experience, especially as many Native individuals are now engaged in stimulating collaborations with other cultural groups. Jason Lujan, for instance, has lived in Manhattan since 2001, where he revels in the city’s ethnic panorama, especially the pulsing street life and visual stimuli in its Asian neighborhoods. In a recent series of prints, he celebrates the harmonious interweaving of cultures he has observed with a swirling flock of swallows (from a Pawnee shield) overlaid on a coiling Chinese dragon. Each of the elegant icons retains its power and individuality while harmoniously interacting with the other.

In a different slant on cross-cultural influences, Mirande Belarde-Lewis draws inspiration from an exchange trip to Hawaii; her collage confronts the issue of genetic engineering of traditional aboriginal foods, both on the mainland and on outlying islands. Her image reveals laboratory test tubes with tiny sprouts of corn, beans and taro (the first two being sacred in North America and the latter sacrosanct in the Pacific). In a medicine dropper beside the vegetation (and in the test tubes as well) are tiny images of ingredients needed for growth: soil, water, air (sky); but they are clearly “virtual” nutrients, not the real thing. The seedlings, too, look artificial, each with leaves that seem to replicate those of the other two plants while topped by more little pictures rather than pollen. Instead of living entities, these essential crops appear reinvented as stand-ins for themselves, with nothing real about them.

Jeffrey Gibson is an artist and a teacher who has recently been working with disadvantaged youth. He has helped his students of various ethnicities crystallize their identities through the use of graffiti art – with its inherent assertion of the self against impersonal urban surroundings. While furthering his appreciation of this way of working, Gibson came to create graffiti-inspired works of his own. They utilize the intensity of color that he has always favored, but also incorporate floating aerosol hazes, striking gestural paint strokes and puzzle pieces that insert new imagery or “peel off” to reveal vibrant passages beneath. The works have an upbeat and edgy urban feel, evoking a celebratory mosaic of streetwise influences.

A cross-section of contemporary sensibilities, this group of drawings, collages, book art and prints is aimed at widening perceptions of the achievements of artists from indigenous backgrounds. Some of the work is intensely personal, while other pieces address broad challenges of the postmodern world. Some of the artists introduce us to unfamiliar references or redefine ones we thought we knew. The work may or may not disclose the ethnicity of its maker, but it consistently employs powerful strategies in grappling with the realities of a global world.