exhibition
Elise Kaufman, On the Waterfront 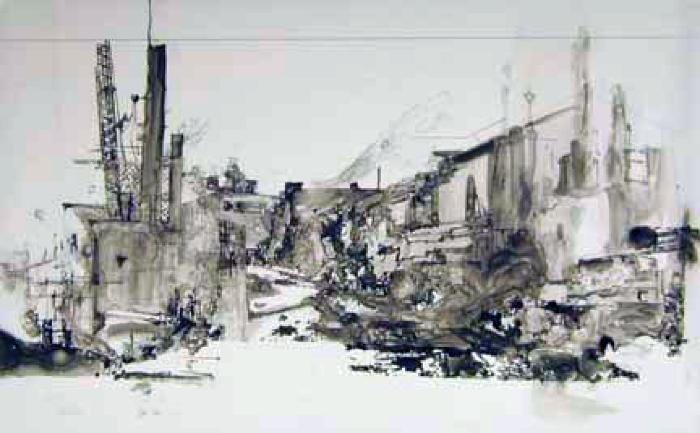 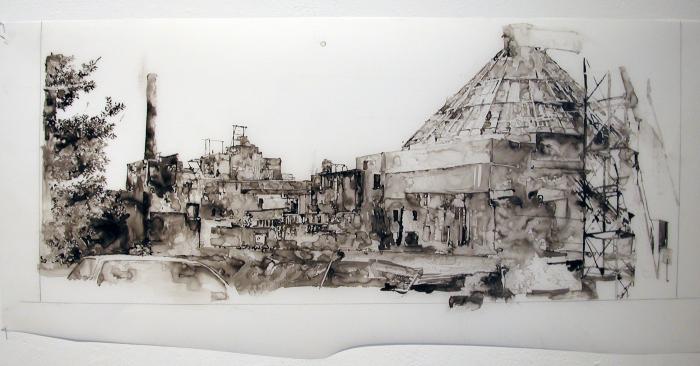 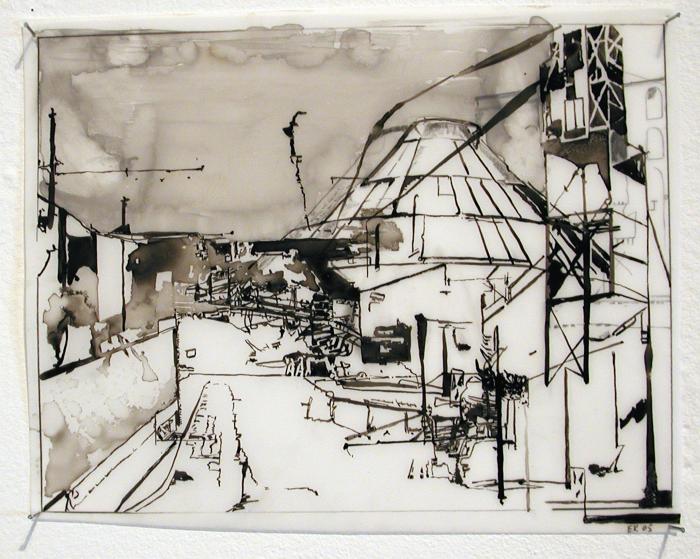 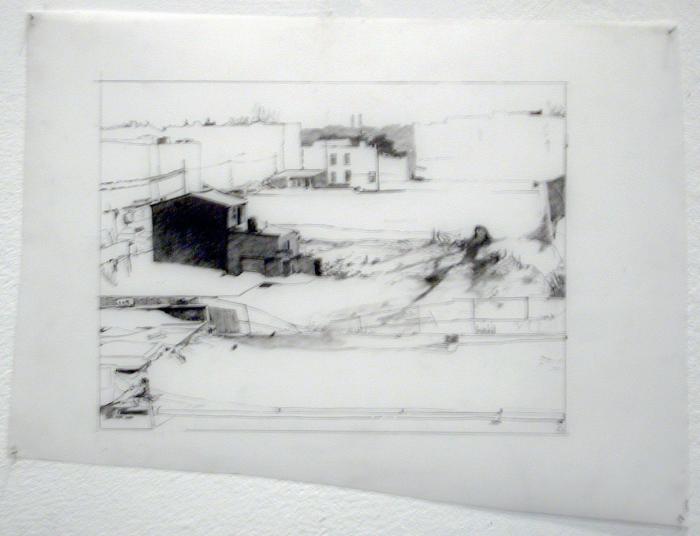 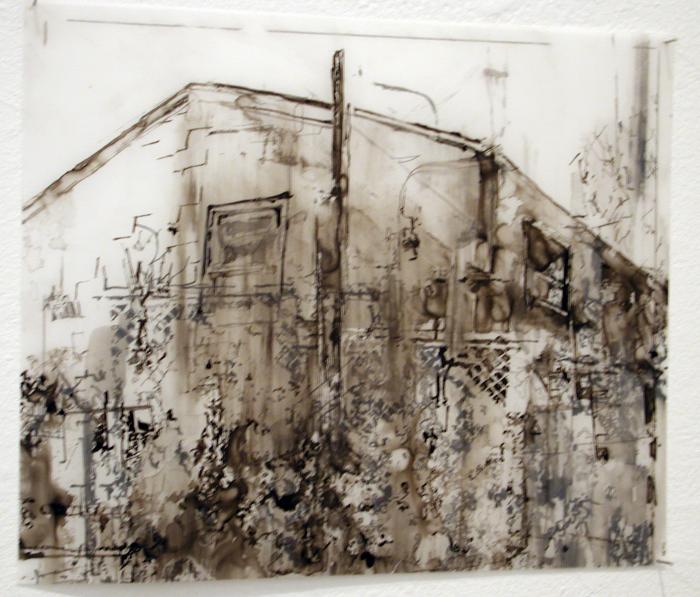 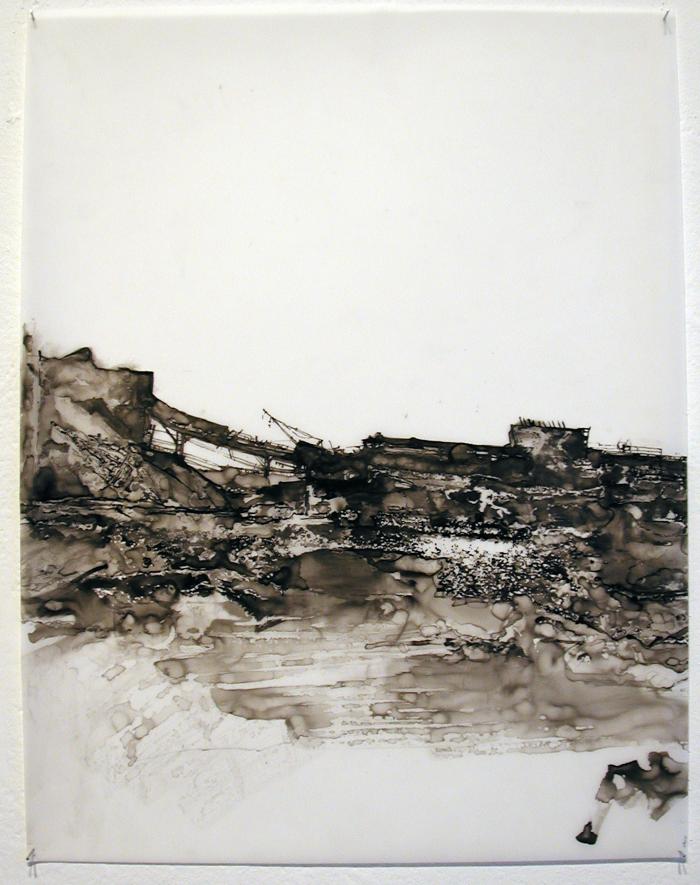 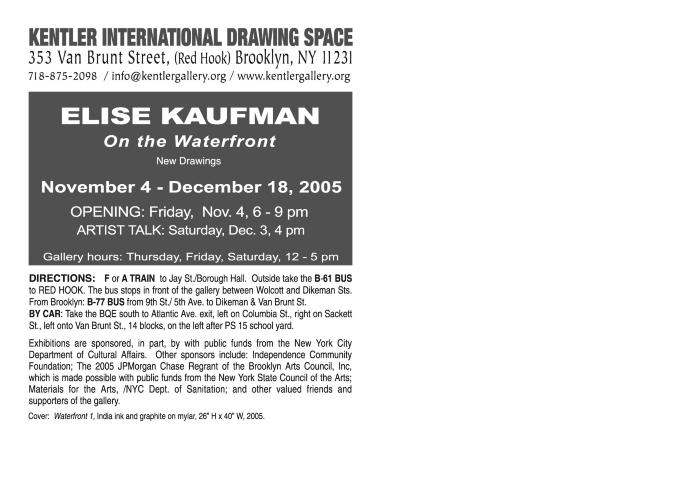 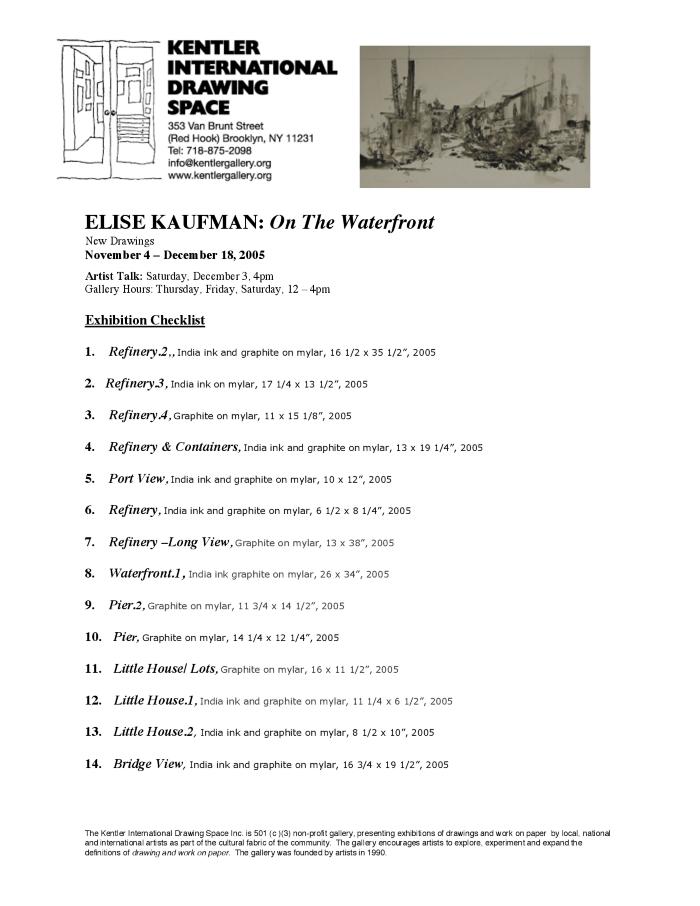 "Trace and aura. The trace is appearance of a nearness, however far removed the thing that left it behind may be. The aura is appearance of a distance, however close the thing that calls it forth. In the trace, we gain possession of the thing; in the aura, it takes possession of us.”
—Walter Benjamin, The Arcades Project, transl. by Howard Eiland & Kevin McLaughlin, Harvard University Press, 1999, p. 447

What is left and what remains both figuratively and literally…psychically and physically when some Thing that was, becomes absent? This new body of work tracks the process by which the former self of Red Hook, long-shoring / industrial / waterfront neighborhood, is changing. It's old self fading, becoming transformed into something new and different. Yet Benjamin suggests that there is something constant and perpetual that may be left behind as relic – as witness – as aura". Difficult to define, ineluctable, illusive, yet omni-present, the remains of architecture – whether it is industrial factories no longer deemed necessary to produce, or architecture which has been rendered obsolete by the real estate developer's quest, are haunting, beautiful visual tapestries.

It would be facile to imbue my work with some political spin, although I suspect that given the current climate that may be an inevitability. I would, however, prefer, that the audience respond to what I respond to: a kind of unruly beauty which presents itself to us in surprising ways – rusting steal, windows and buildings off square, torn fences within a landscape that is just at sea level. Exposed and vulnerable to both Nature's elements and the wrecking ball, both the "trace" and "aura" remain constant reminders of what is and what once was, documenting, that point in-between.