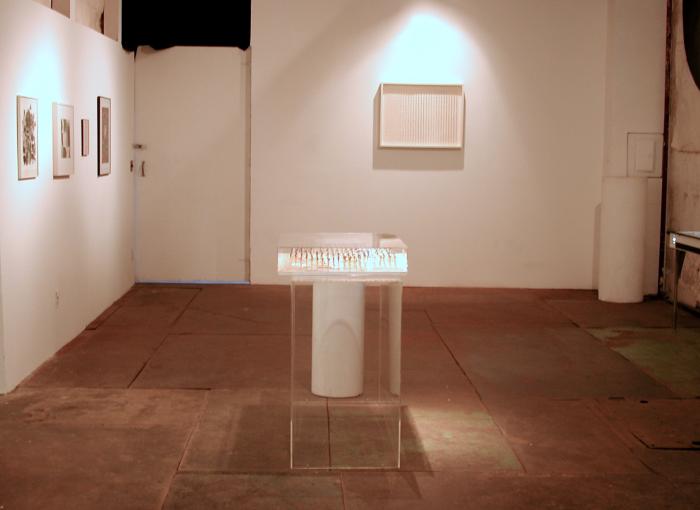 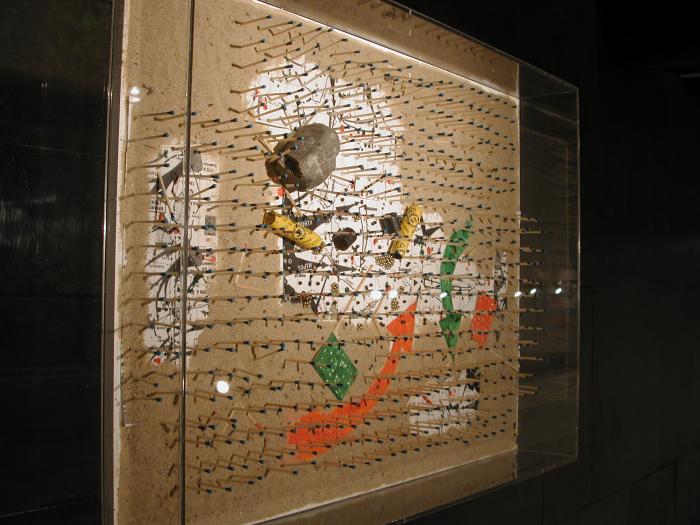 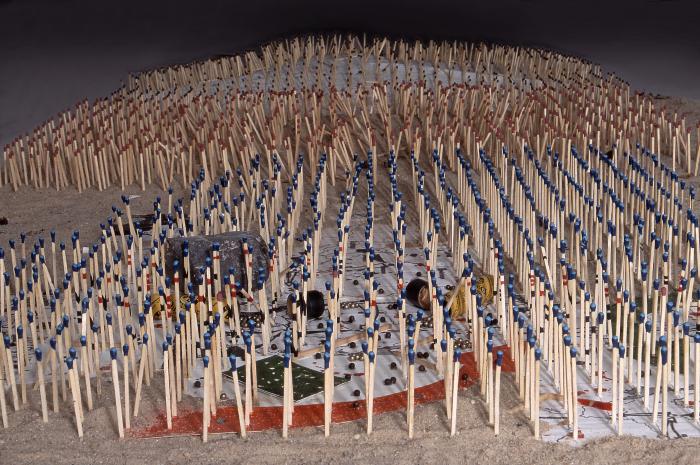 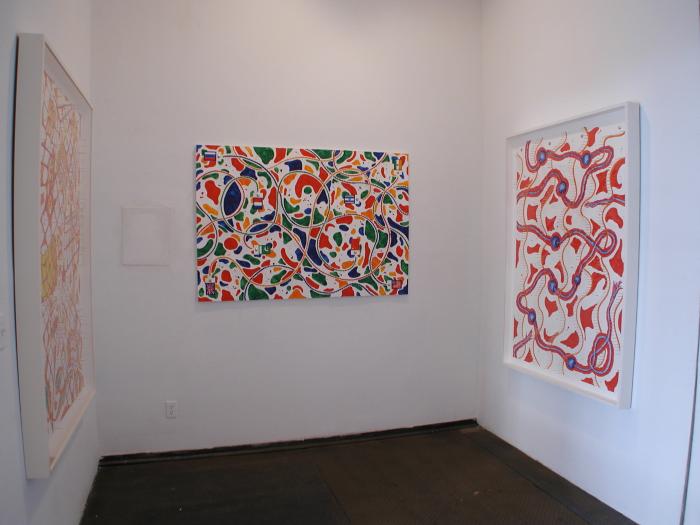 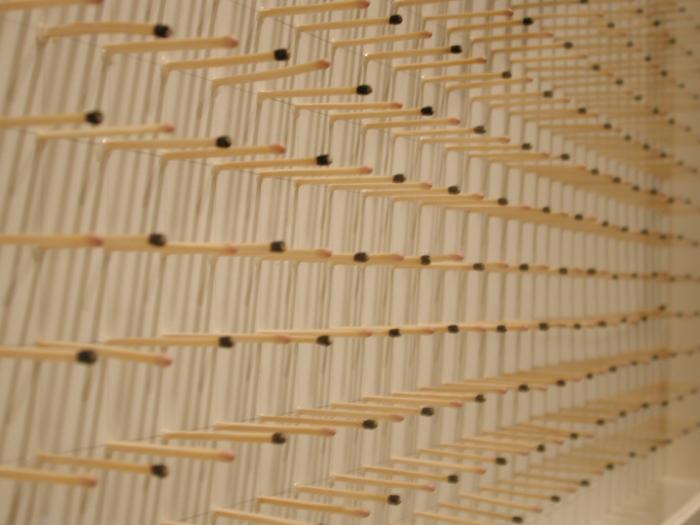 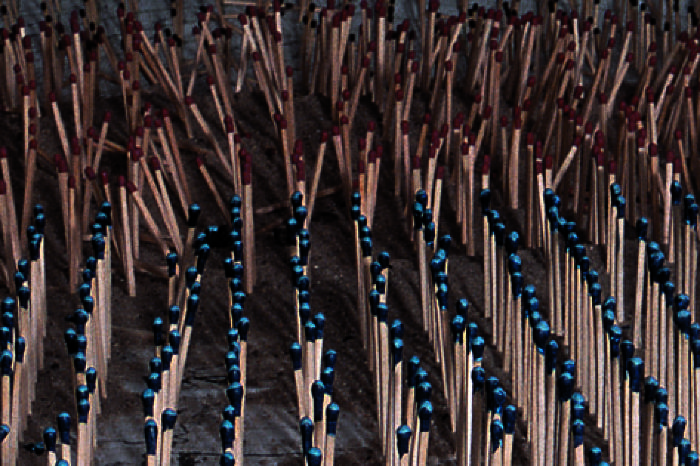 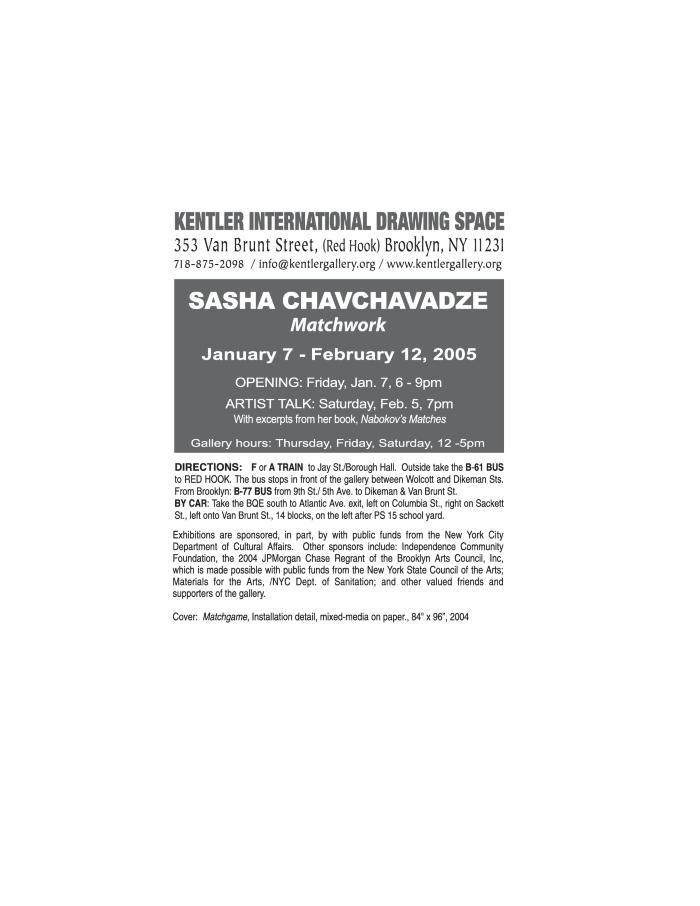 Artist Statement: In a series of mixed-media drawings, I use matches as a tool to describe the chemistry of change brought about by loss and upheaval, particularly as it applies to immigrant culture. The “Matchwork” grew out of a description of a match game in Vladimir Nabokov’s memoir, Speak, Memory, one of the many visual devices he uses to come to terms with exile and loss. Matches lend themselves to the language of fragmentation (splinters), suggesting violent upheaval (fire, war), and the shifting of patterns as one life is replaced by another. For Nabokov fragmentation was not an end in itself, but became a form of syncopation, as he searched for rhythms and patterns in the convergence of past, present, and disparate parts of the world. When placed in geometries match tips create an ethereal second surface, and a staccato of rhythmic forms. Linear dots, punctuated by metal bolts, suggest migration, a journey, or the songlines of an aboriginal walkabout. Matches are intensely visually suggestive - people, flowers, trees, mushrooms, phalluses, paint brushes, missiles, drumsticks, musical notes - reflecting Nabokov’s passion for mimesis (matching); the immigrant imitates their new environment just as Nabokov’s butterflies mimic a leaf as a means of survival in the natural world. Though the work has a violent aspect – the potential for destruction by fire - it is not rooted in destruction or entropy. The tension in the work, as in life, is the potential for upheaval and change. The formal appeal of the work contradicts the element of danger, suggesting the integral nature of impermanence. Tiny units of energy that can save a life or kill, matches evoke both the nurturing and the destructive sides of human nature. The drawings suggest the possibility of global interconnectedness or mutual destruction. Themes are touched on from my work as an interpreter for Russian immigrants, and from my family history; the loss of an ornate and insular life in Russia due to revolution, re-composition into American immigrant culture, and my father’s career as a CIA operative. American and Russian history, from the Revolutions to the Cold War, are revisited and sometimes “matched”, particularly our mutual legacy of nuclear arms. - Sasha Chavchavadze