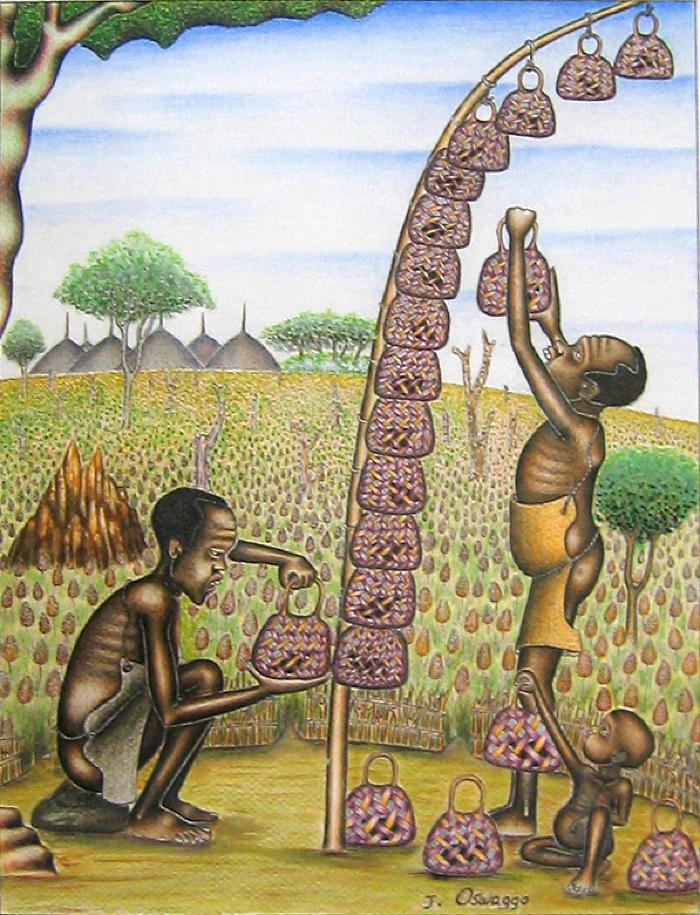 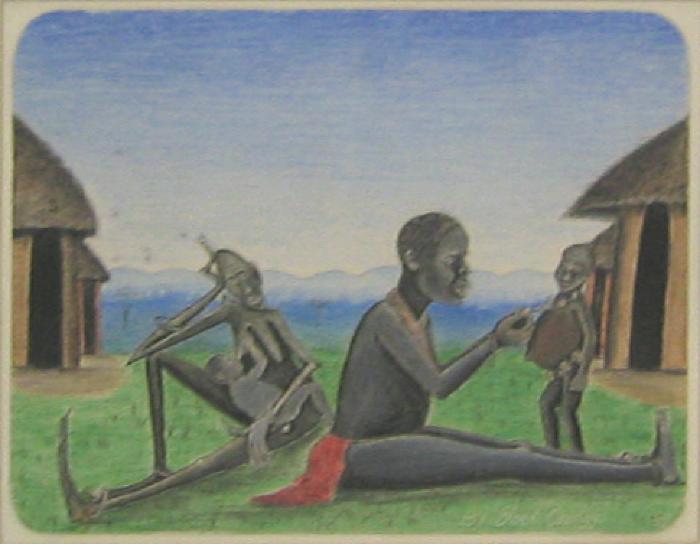 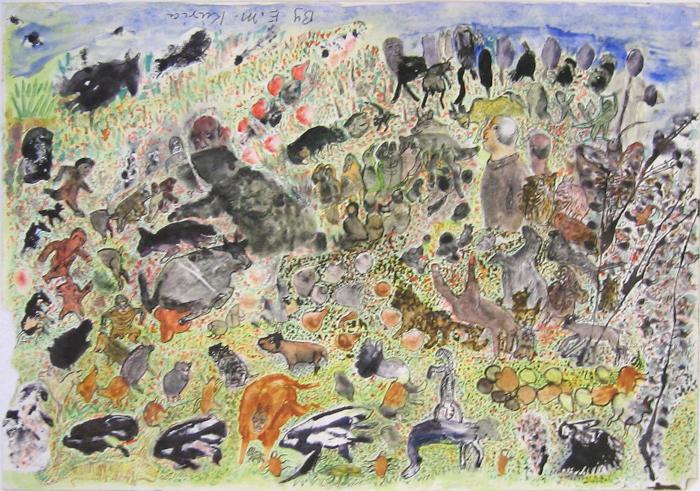 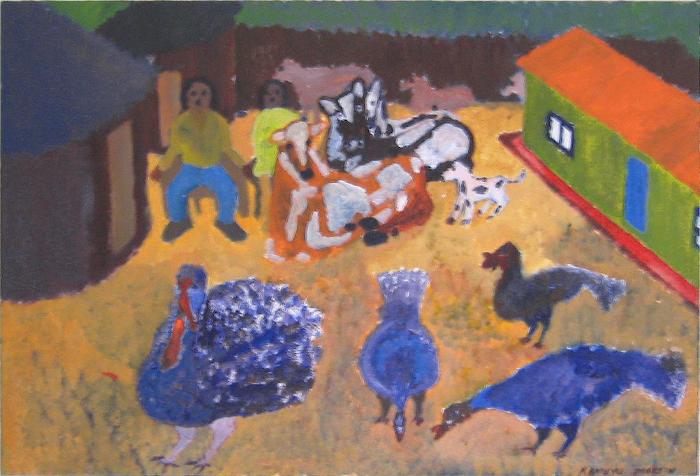 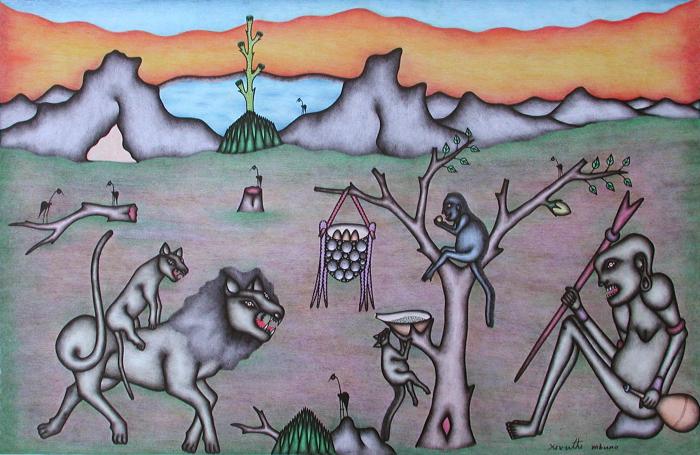 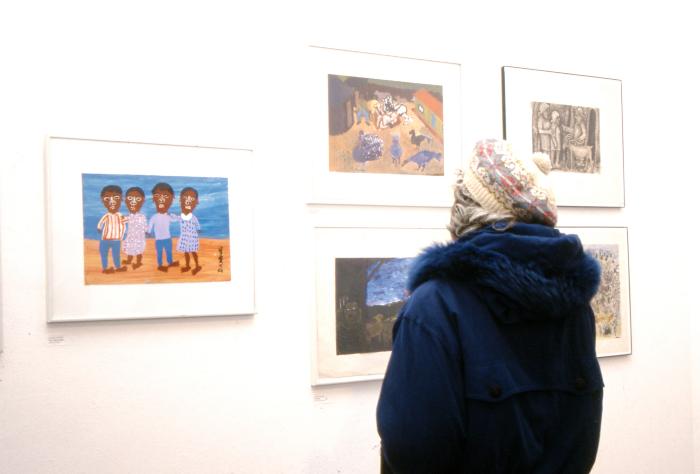 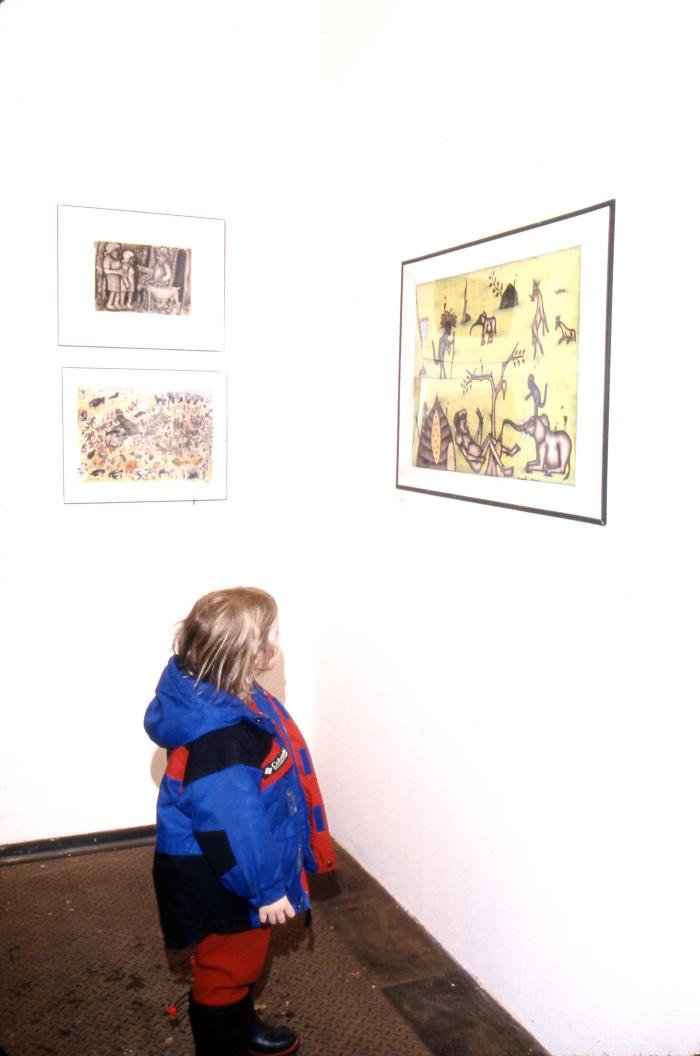 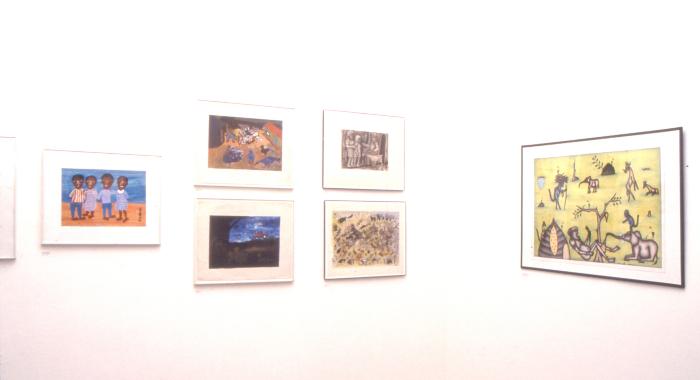 This project is supported by a generous grant from the Ford Foundation.

Shown in conjunction with five Brooklyn venues: Brooklyn Public Library, Five Myles, Selena Gallery at LIU Brooklyn Campus, Welancora Gallery; Without trend-setting or art historical intentions the 120 paintings and works on paper in these exhibitions mean to show New Yorkers the range and the concerns of the current Kenyan art world; an art scene not yet dominated by the pressure of sales or financial commitments, but rather by the exhilaration that accompanies the beginning of a journey.

The variety of styles among the works reflects differences in the tone and emphasis of each artist, but throughout, there is a tactile, material sense that gives the paintings an extraordinary freshness and intimacy. Much of the work still connects to Kenya's strong oral story-telling tradition.

The artists represented in the exhibitions range widely in their visibility within the profession. Some are internationally known - including Sane Wadu, Ancent Soi, Joel Oswaggo, Richard Kamati, Meek Gichugu and Elijah Ooko. Others are just at the beginning of their careers, and their works on paper provide an in-depth look at the social, political and artistic concerns of younger artists. All artists in the exhibitions live and work in Kenya, with the exception of Meek Gichugu, who now lives in France.

These exhibitions provide a rare over-view of the work by Kenyan artists who are infrequently included in international exhibitions and festivals. Art critics and writers have speculated on various theories for this omission. It may be linked to the fact that, historically, the art of West and Central Africa has made its way into many European collections and therefore into the European imagination. Masks, for instance, were more generally used in West and Central Africa, but are not a prominent part of East African culture - where art has traditionally focused on the aesthetics of objects for daily use, such as baskets, textiles, stools and musical instruments. Possibly, the Western art world still tends to gravitate to the work of African countries whose imagery is more familiar.

Another theory points to the relatively recent development of modern art in Kenya. The first art venues appeared only after Kenya's independence in 1963: Paa-ya-Paa Art Center opened in 1965, followed in 1969 by Gallery Watatu and in 1972 by the African Heritage Pan African Gallery. These three institutions, by supporting and encouraging artists, laid the foundation for what is now a flourishing art life in Kenya, including a number of commercial galleries, several art schools, on-going workshops and a lively alternative art scene.

Carol Lees ran her own gallery in Nairobi for ten years and is now the program-coordinator at Rahimtulla Museum of Modern Art in Nairobo.  She was born in Kenya and educated in England.