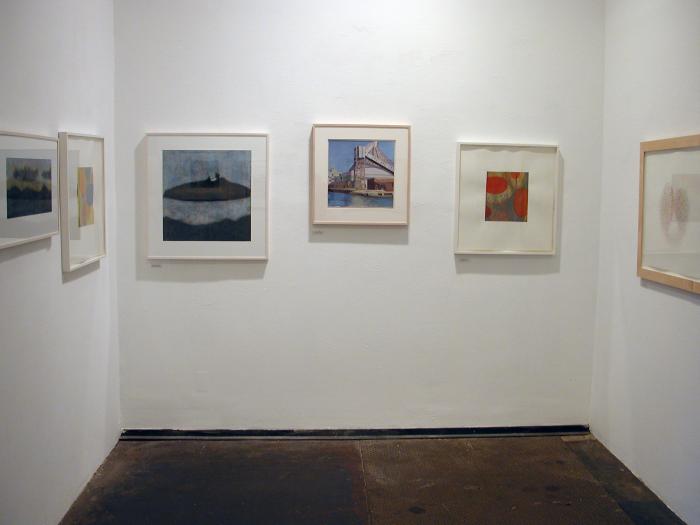 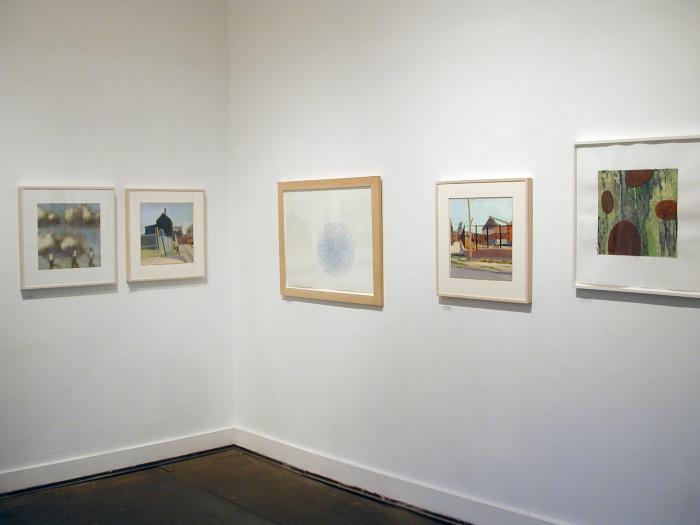 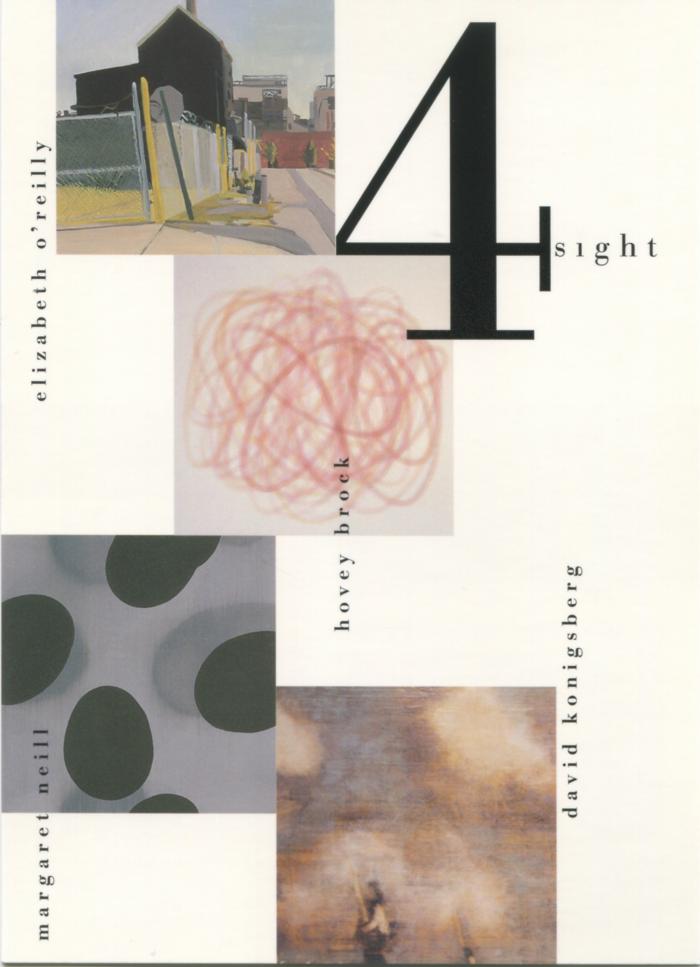 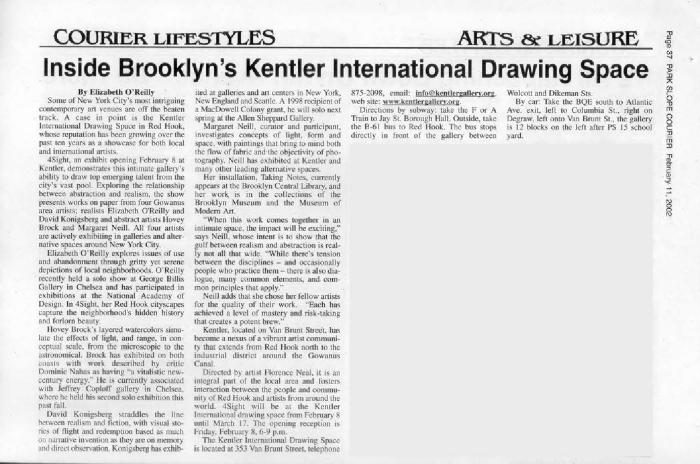 4Sight, an exhibit that opens Feb. 8, at Kentler International Drawing Space, demonstrates this intimate gallery's ability to draw emerging talent from the city's vast pool. Exploring the relationship between abstraction and realism, the show presents works on paper from four Gowanus area artists; realists Elizabeth O'Reilly and David Konigsberg and abstract artists Hovey Brock and Margaret Neill. All four artists are actively exhibiting in galleries and alternative spaces around N.Y.C.

Elizabeth O' Reilly explores issues of use and abandonment through gritty yet serene depictions of local neighborhoods. O'Reilly recently held a solo show at George Billis Gallery in Chelsea and has participated in exhibitions at the National Academy of Design. In 4Sight, her Red Hook cityscapes capture the neighborhood's hidden history and forlorn beauty.

Hovey Brock's layered watercolors simulate the effects of light, and range, in conceptual scale, from the microscopic to the astronomical. Brock has exhibited on both coasts with work described by critic Dominic Nahas as having "a vitalistic new-century energy." He is currently associated with Jeffrey Coploff gallery in Chelsea, where he held his second solo exhibition this past fall.

David Konigsberg straddles the line between realism and fiction, with visual stories of flight and redemption based as much on narrative invention as they are on memory and direct observation. Konigsberg has exhibited at galleries and art centers in New York, New England and Seattle. A 1998 recipient of a MacDowell Colony grant, he will solo next spring at the Allen Sheppard Gallery.

Margaret Neill, curator and participant, investigates concepts of light, form and space, with paintings that bring to mind both the flow of fabric and the objectivity of photography. Neill has exhibited at Kentler and many other leading alternative spaces. Her installation,Taking Notes appeared at the Central Library of Brooklyn in Nov. and Dec. and her work is in the collection of the Brooklyn Museum and the Museum of Modern Art.

"When this work comes together in an intimate space, the impact will be exciting," says Neill, whose intent is to show that the gulf between realism and abstraction is really not all that wide. "While there's tension between the disciplines--and occasionally people who practice them--there is also dialogue, many common elements, and common principles that apply." Neill adds that she chose her fellow artists for the quality of their work. "Each has achieved a level of mastery and risk-taking that is very exciting to see."