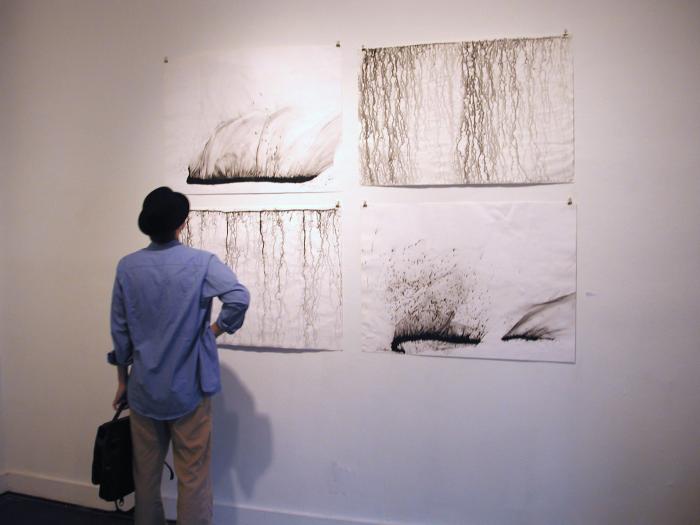 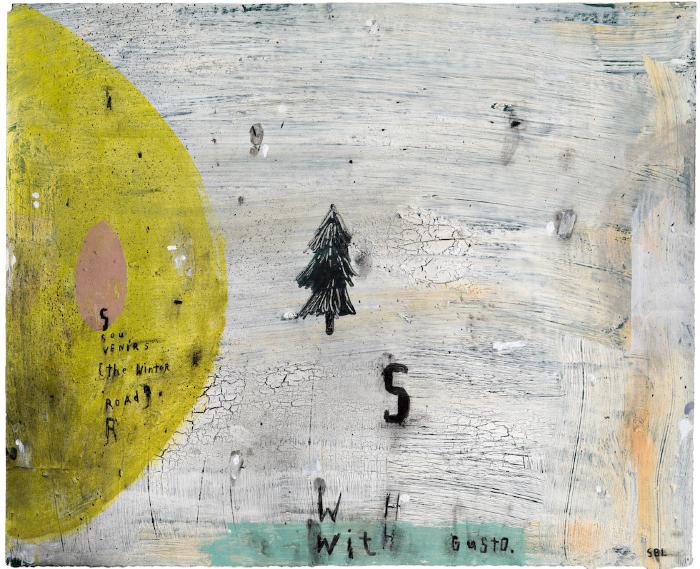 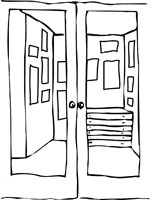 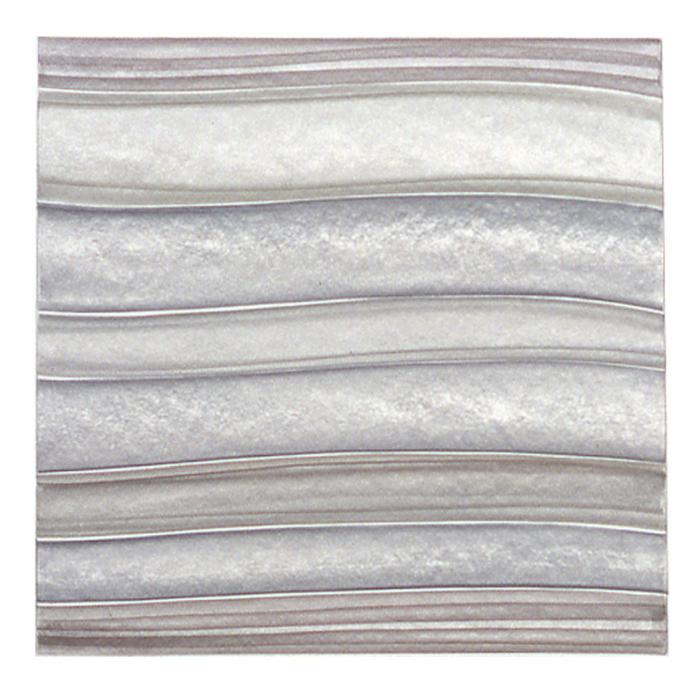 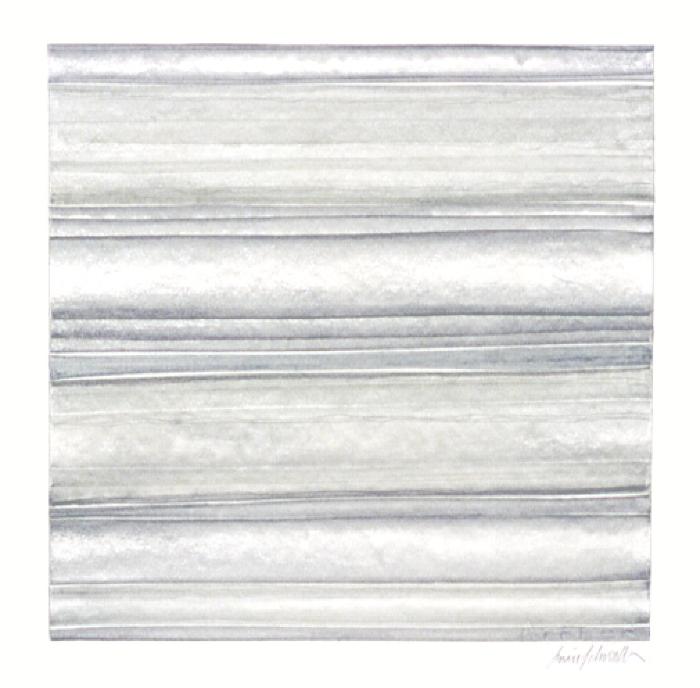 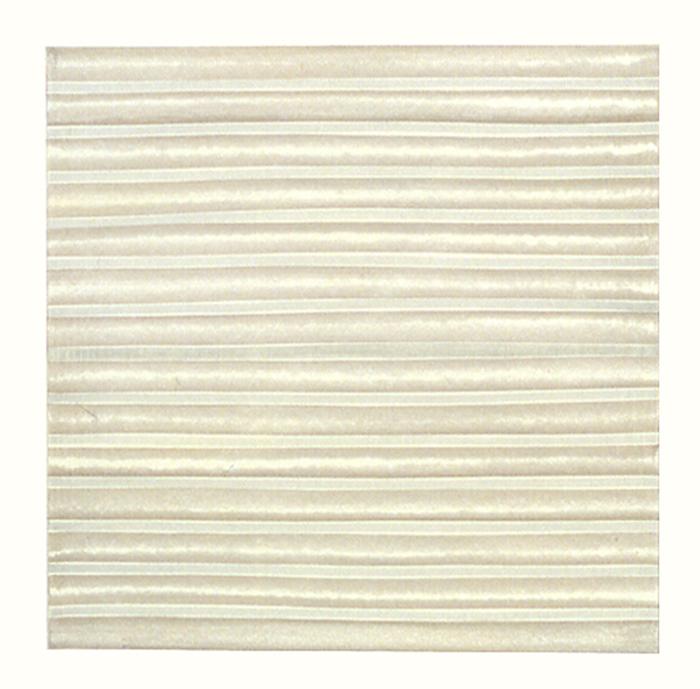 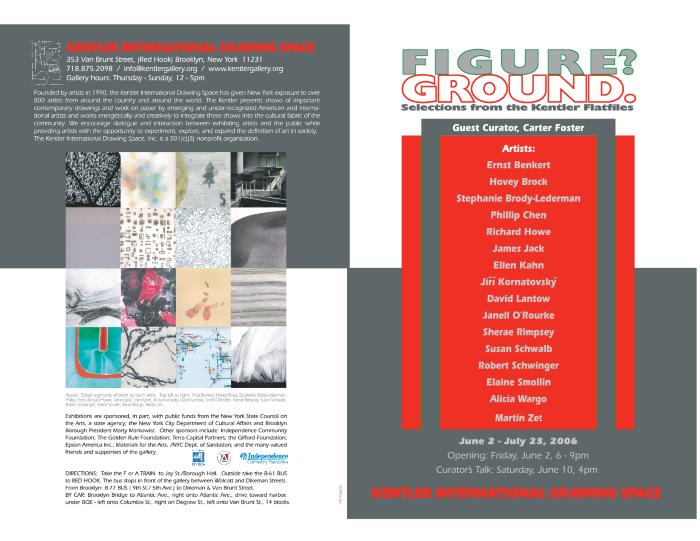 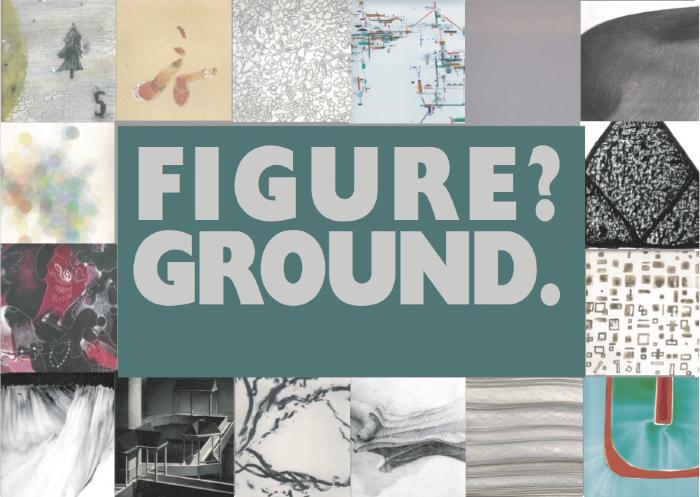 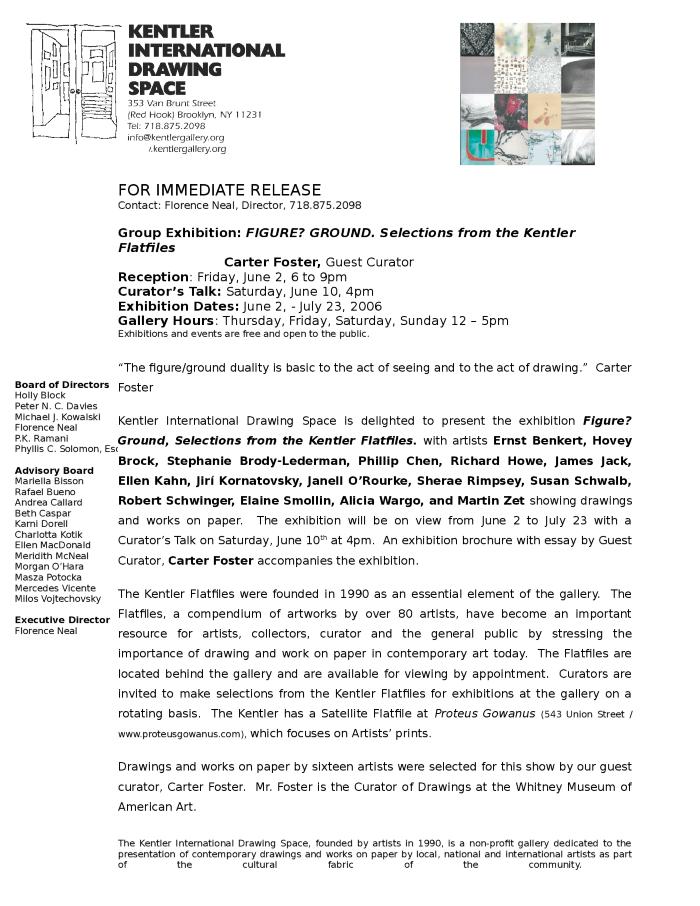 The figure/ground duality is basic to the act of seeing and to the act of drawing. Starting with a blank sheet of paper, the artist puts down any sort of mark, and one’s eye immediately reads it as a figure (of something or someone) against a space, the one defining the other. The degree of abstraction or specificity is dependent on the nature of the mark--one line made in one stroke can be quite representational or suggest little more than itself—and on the perception of the viewer. The artists in this exhibition, culled solely from the Kentler’s flat files, toy with the viewer’s perceptual expectation of a figure/ground distinction when looking at flat art, or they explore completely the idea of surface/support. Some tease out the ambiguity that lies in between, in works that hover somewhere near pattern but are, on the other hand, not repeatable.

One could characterize these different emphases as degrees of spatiality. David Lantow’s ambiguous, sci-fi like creatures/vessels are unnamable but, rendered with traditional gradations of light to dark, exist in a familiar, realistic, or a least, imaginable space, though whether its macro- or microcosmic is left up to us. Sherae Rimsey plays more teasingly with flatness. Her reddish washes coalesce into forms but remain decidedly planar against the paper. Here, degrees of flatness become infinitesimal, and the degree of abstraction more extreme. Nonetheless, these things she draws remain separate from the support and read against it. This plays with the kind of mediated perception one experiences through artificial viewing devices—microscopes or telescopes, for example, which flatten out imagery even as they delve deeply into space in one direction or the other. Jirí Kornatovsky is much in the macro end of the spectrum, by shear physical size alone. His huge drawing, whose presence in the Kentler's space partly inspired the idea of the show, is an exploration of contour and its essence in shaping form, but the presence of the form becomes surreal through both its large scale and the fact that it’s a vehicle for the elemental curving roundness on which dimensional believability rests in picture making.

Hovey Brock’s gorgeous traces of light and color in watercolor washes play with line in a different way. One endless thick strand creates a hovering, atmosphere-eaten body that seems on the verge of being subsumed into the whiteness of the paper around it. He creates a fat line that seems to define a form while the line itself teeters on the ephemeral.

Figure/ground distinctions are essential for written language, and artists have long used this fact to explore its ambiguity. James Jack’s Evolution of a Mark suggests a form of writing, and the title evokes the fact that traditional drawn marks are themselves a language and can be reinvented by their user, whether artist or spectator. Less ambiguous is Robert Schwinger’s The Ring, a strong piece of graphic design whose luminosity and visual vibration enlarge its letterlike form. Ernst Benkert’s Burned Out Churches are also signlike, of a more symbolic type, reducing the form of a house or shelter to base elements instantly recognizable to western eyes, at least; they show language’s roots in basic drawing—we could easily imagine them becoming letters in some nascent linguistic system.

Susan Schwalb’s meticulous metalpoint drawings are, on the other hand, firmly rooted in ground. Although her beautifully mottled and modulated striations sometimes evoke a tablet or staff, as for musical notations, her drawings assert the materiality of her medium and its surface resistance. Paradoxically, the relentless emphasis on surface often evokes a sense of infinite space and continuity. Such expansiveness is especially evident in the work of Richard Howe, whose luminous pastels seem to take on the evocation of different types of light as their subject. The powdery pastel medium defies the flatness of the paper, suggesting instances of enveloping weather and atmosphere. Stephanie Brody-Lederman uses the idea of ground in a different way, creating what looks like the fragment of an urban wall, a representation of a very used, gritty cultural site, the representation of a background for life (a wall in a city) rather than the ground for art.

Artists who play more ambiguously with a floating, indeterminate space develop ways to stretch it out and manipulate it, sometimes through a process that seems linked to the subconscious, such as Elaine Smollin’s smudgy charcoal work. She reaches an equivalency between mark and surface/support that suggests an evolving dimensionality. In Alicia Wargo’s collaged structures, the linearity essential for drawing and essential for the mathematical rendering of space with precision comes through cut and colored rectilinear forms. The collaged nature of the material is always a means to emphasize the flat, as it does here close up, yet the thin linearity of her build up of forms suggests mathematical recession—although one which makes the works seem like construction drawings for outer space.

Phillip Chen uses the most rigorous of drawing techniques in his lithographs, a medium that allows for richly gradated tones and very black blacks. His understanding of rectilinear spatial recession allows him to toy with pockets of space, to take up the entire surface with architectural elements which he crops, destabilizing a perceptual certainty that seems initially there. Martin Zet, on the other hand, uses random processes in controlled situations—tidal waters, rain, waves—to create traces of nature in patterns we all recognize because we’ve seen how water behaves many times. There is a transparency his work suggests, as if a membrane holds his delicate lines in place, so that we think we might be able to see beyond whatever surface he’s articulated.

Finally, there is the work of Ellen Kahn and Janell O’Rourke, each of whom suggests the possibility of continuation and extension in the way a pattern is repeatable, but this is because of the sophisticated play between flatness, intricate surface shape, and line, not through any simplicity of process or design. The idea of a pattern, which is essentially a repeating figure, so that the ground may even be indistinguishable from it, makes problematic the whole idea of figure/ground, and these two artists each evoke different spatial concerns in their exploration of its complications.
- Carter Foster, Curator of Drawings at the Whitney Museum of American Art