exhibition
Fran Kornfeld, On the Border 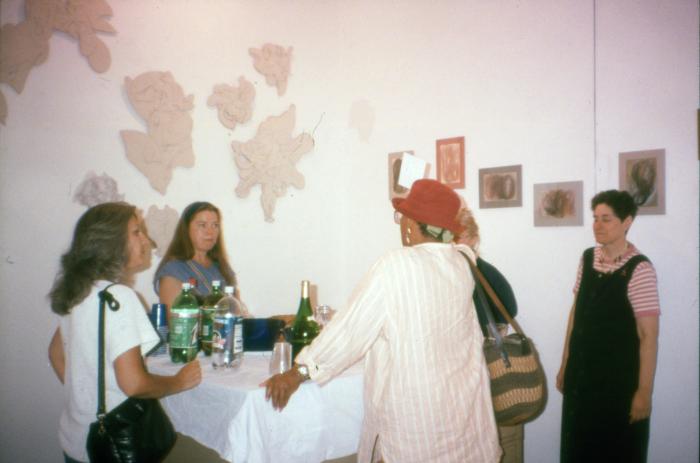 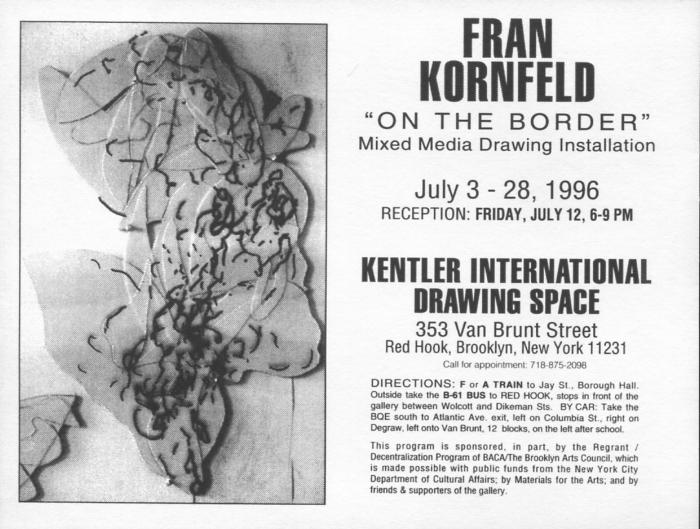 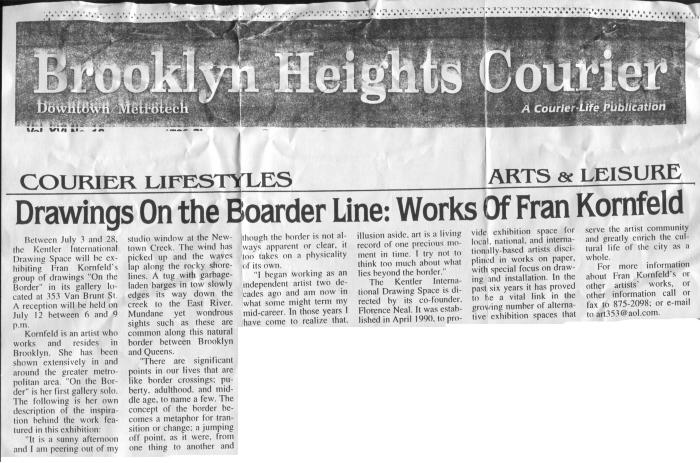 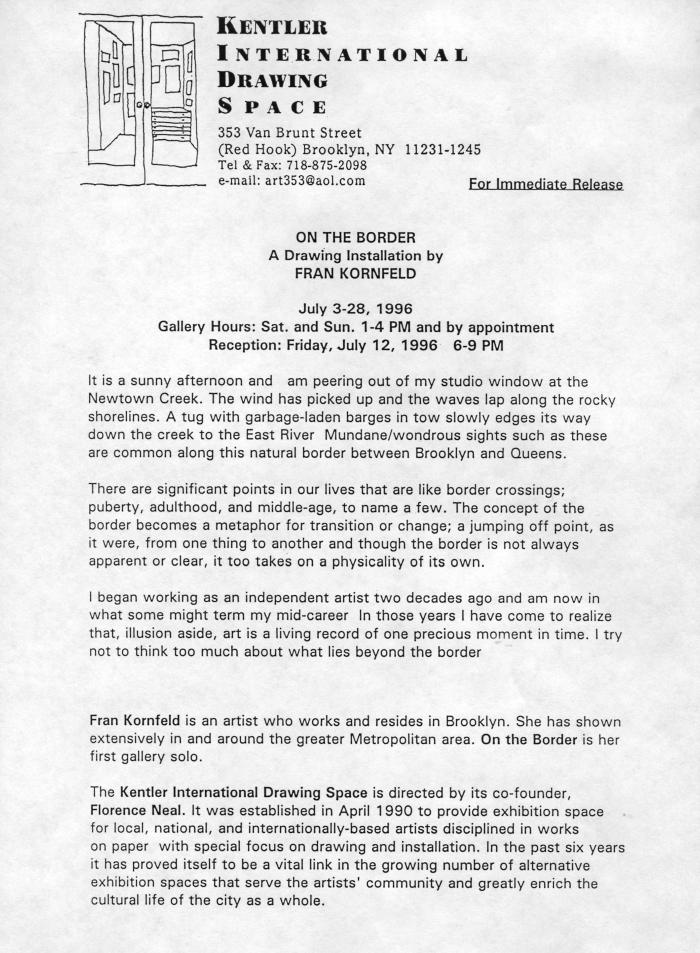 ON THE BORDER
Drawing Installation
Solo exhibition by Fran Kornfeld

It is a sunny afternoon and I am peering out of my studio window at the Newtown Creek. The wind has picked up and the waves lap along the rocky shorelines. A tug with garbage-laden barges in tow slowly edges its way down the creek to the East River. Mundane/wondrous sights such as these are common along this natural border between Brooklyn and Queens.

There are significant points in our lives that are like border crossings; puberty, adulthood, and middle-age, to name a few. The concept of the border becomes a metaphor for the transition or change; a jumping off point, as it were, from one thing to another and though the border is not always apparent or clear, it too takes on a physicality of its own.

I began working as an independent artist two decades ago and am now in what some might term my mid-career. In those years I have come to realize that, illusion aside, art is a living record of one precious moment in time. I try not to think too much about what lies beyond the border.