Constructions and Works on Paper 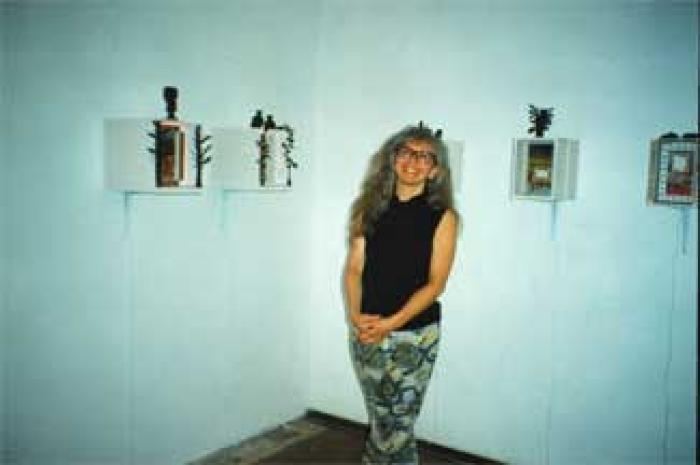 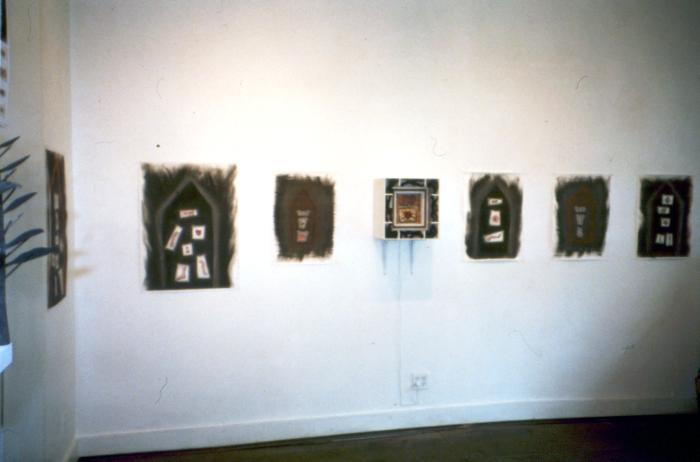 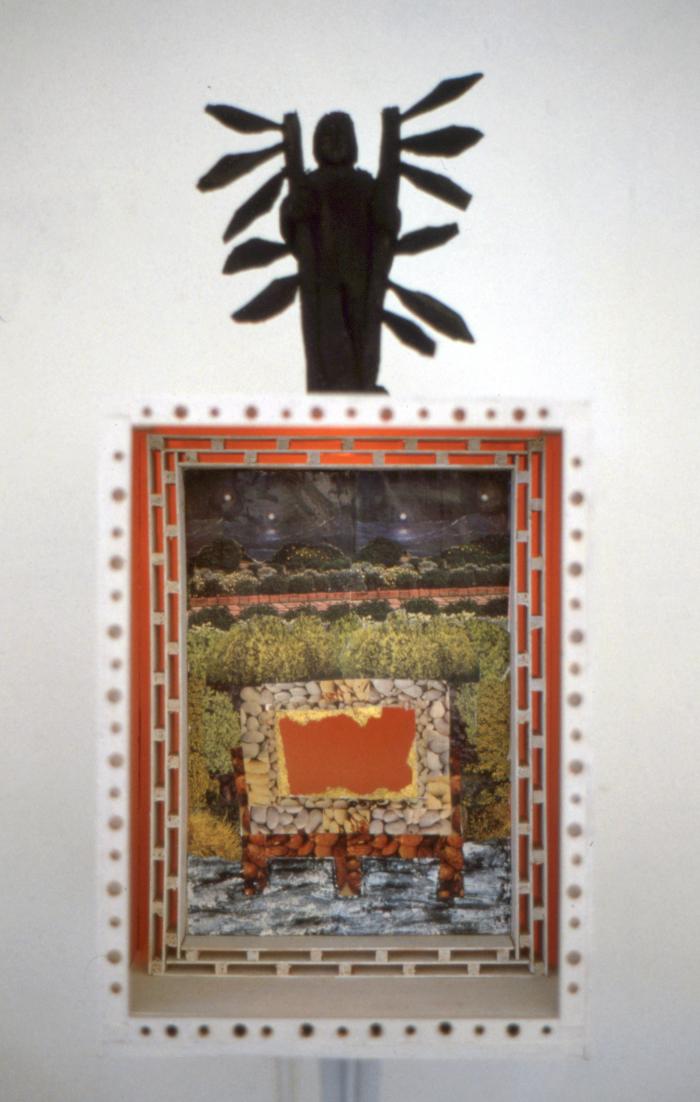 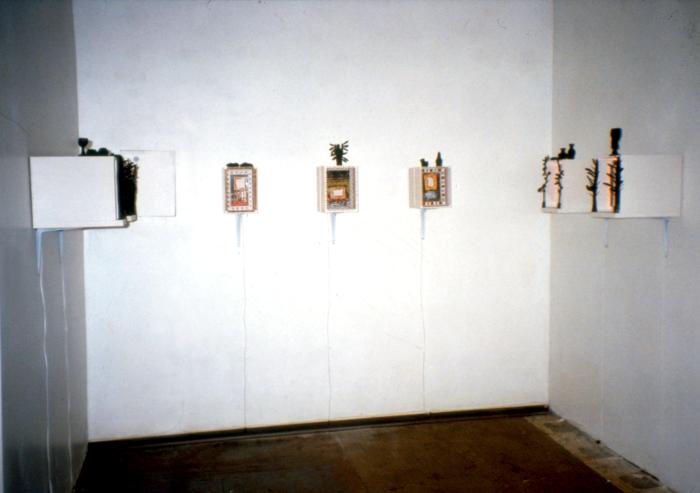 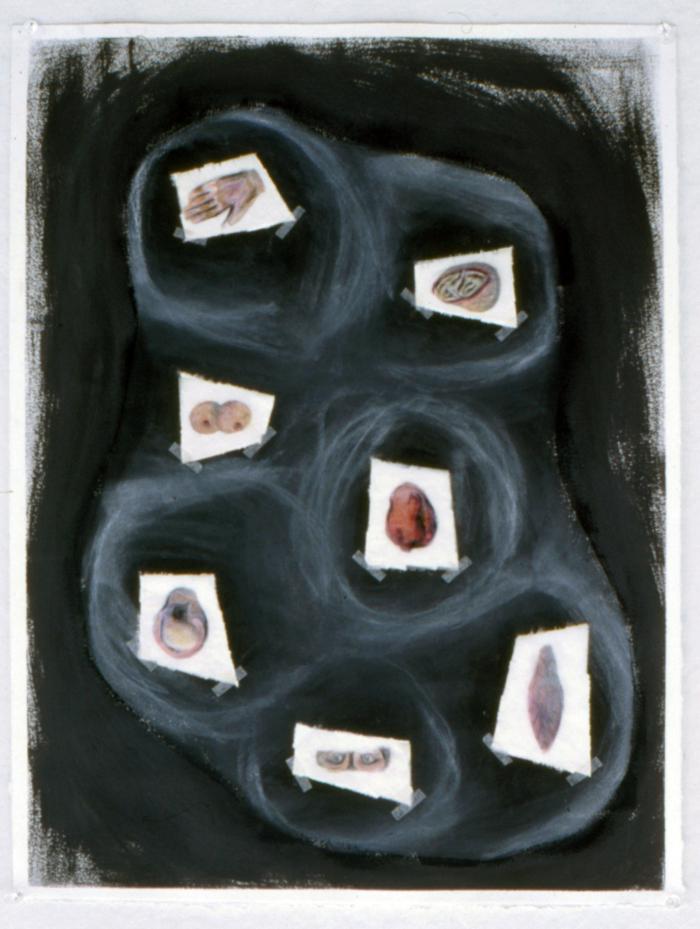 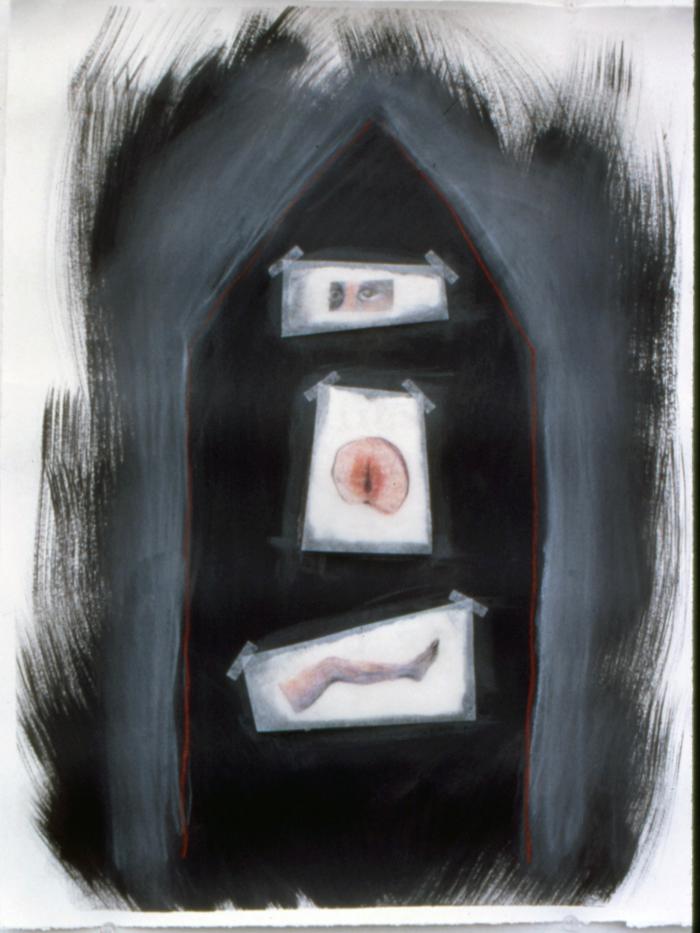 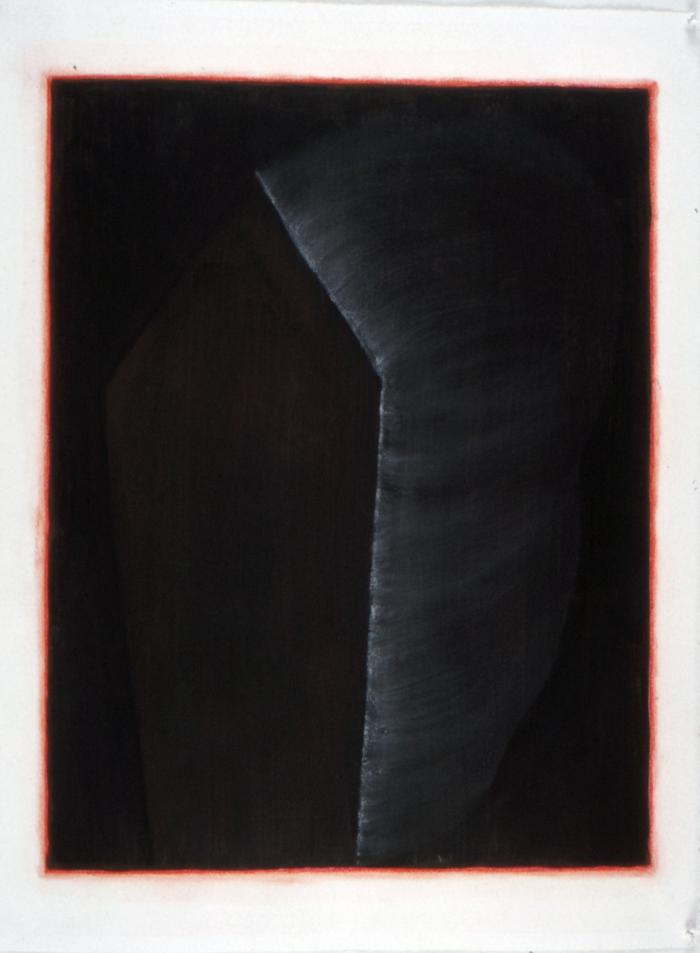 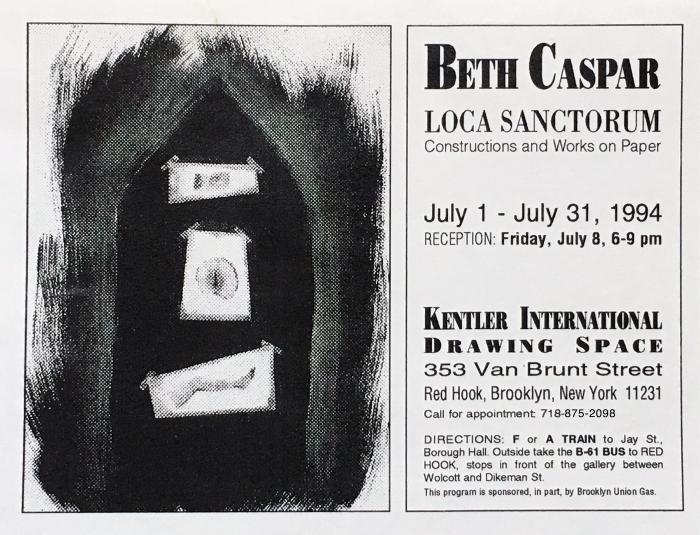 Solo exhibition by Beth Caspar
Constructions and Works on Paper

Once, a long time ago, when my Italian grandmother--the only Catholic, i.e., devout person in my family--was visiting us, I saw something I've never forgotten. Without meaning to, I walked in on her one night and saw her kneeling by the bed deep in prayer. It was an unnerving sight. She was unaware of me. Her expression was that of one who had been let in on some special secret. It was as though she had gone to another--and to me, anyway, exclusive--place.
In the ancient world the shrines of the saints and martyrs were known by the faithful as loca sanctorum, simply "the place"--the place where it was believed heaven and earth, corporeal and incorporeal were united. The relics contained therein facilitate relinquishing as an everyday sense of logic; they were incomprehensible in any systematically verificable way. To truly believe in the fragile, mysterious contents of these magical loci was to become transcendent, going behond the frail flesh as well as the vague apprehension and mistrust of the impermanent, the unpredictable, and the uncontrollable.
This work began as a fascination with reliquaries and the power they seem to wield. It led me to become more interested in the universal idea of what it is to make a leap of faith.