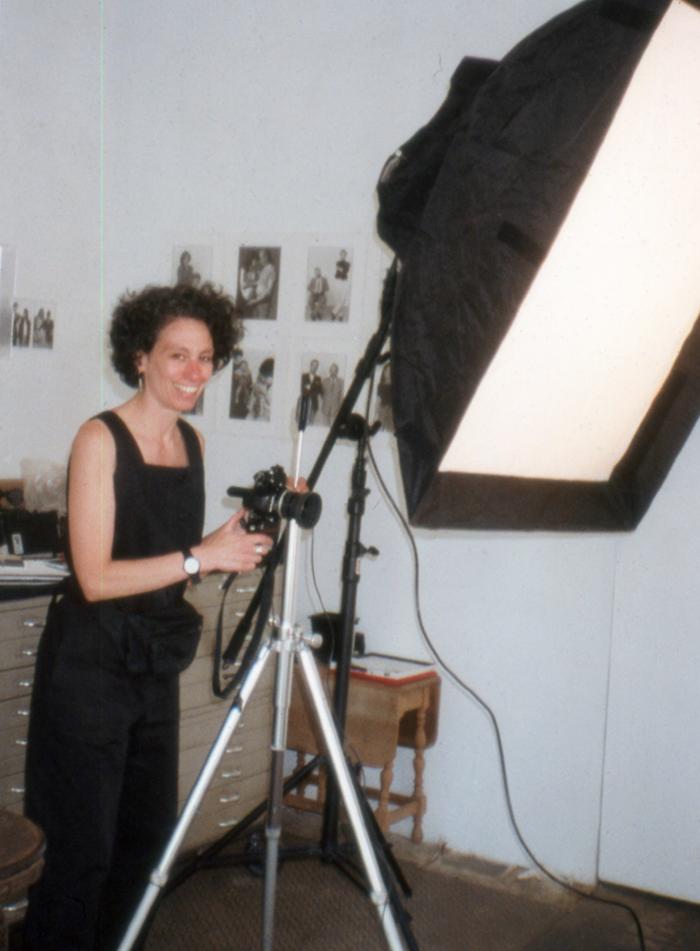 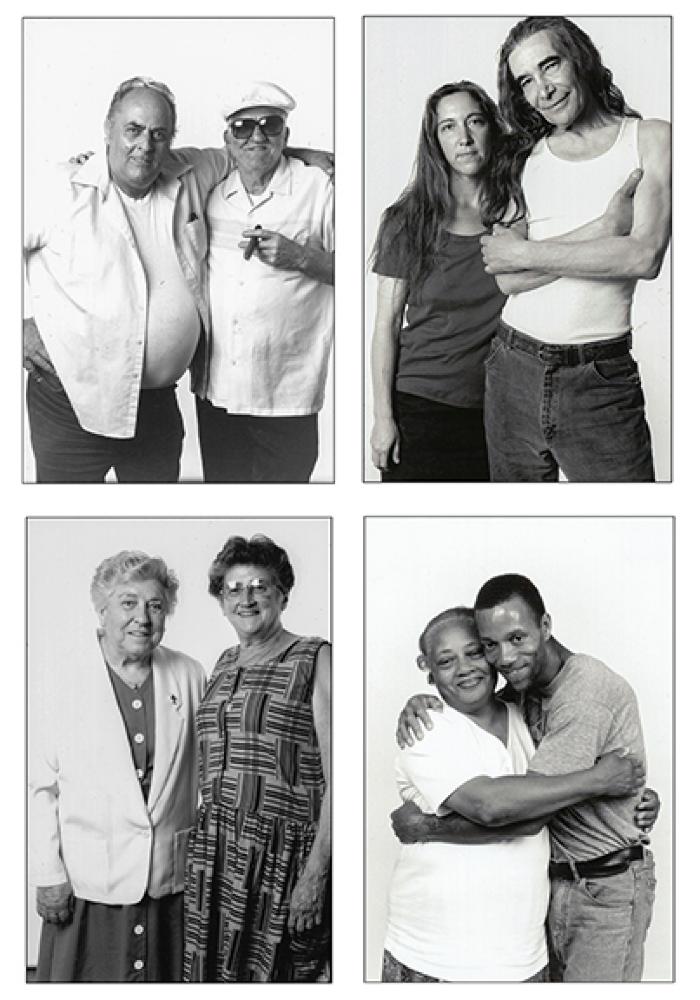 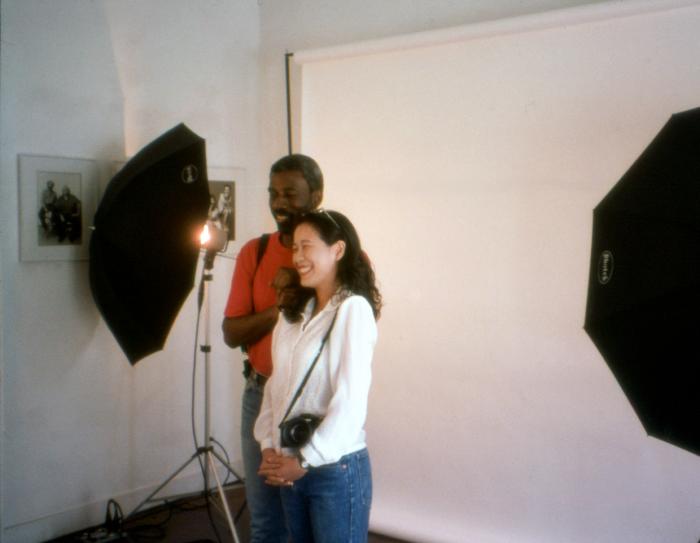 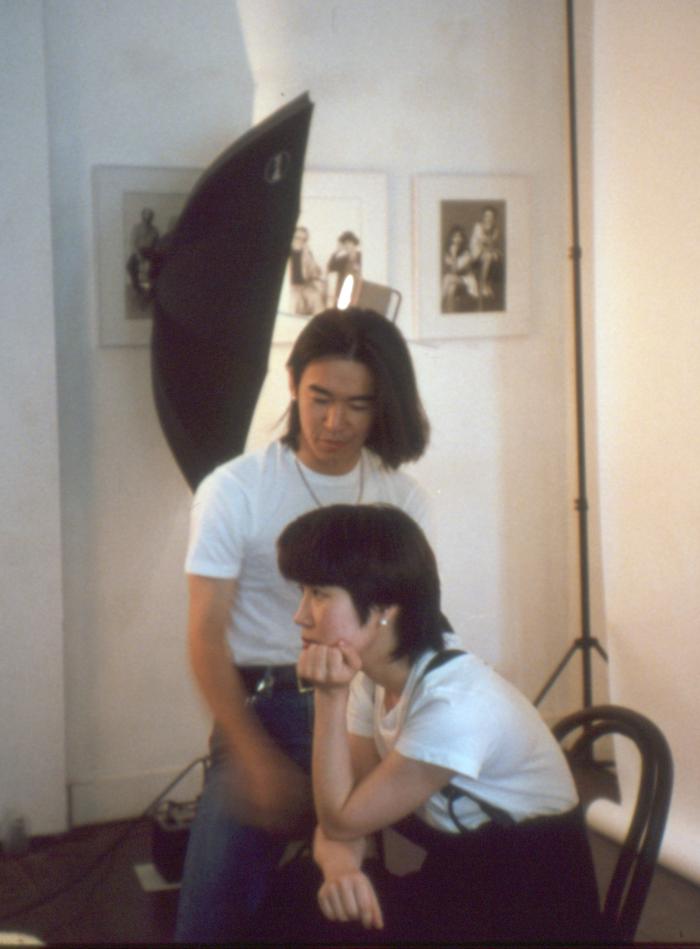 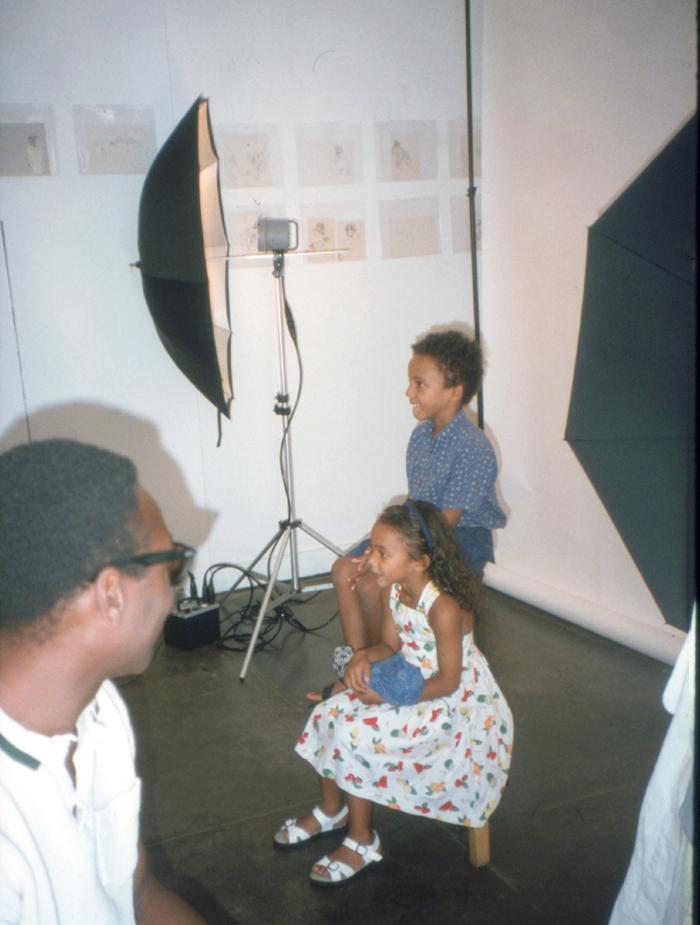 Photo session with the Bowman-Bardi family 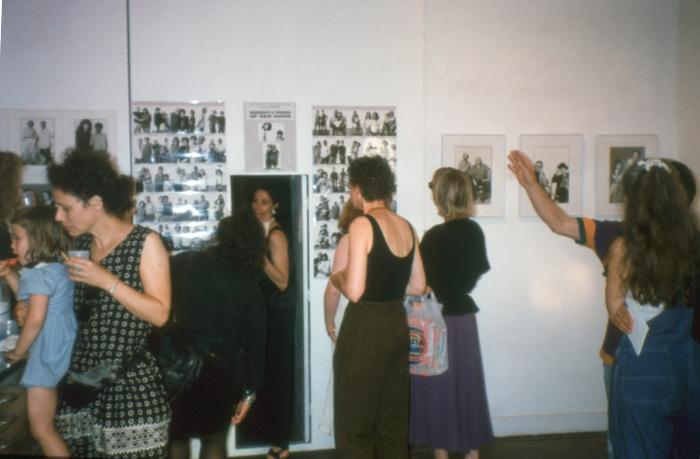 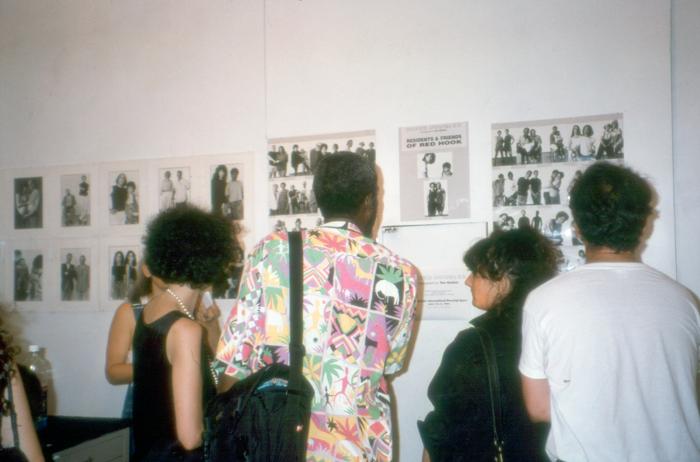 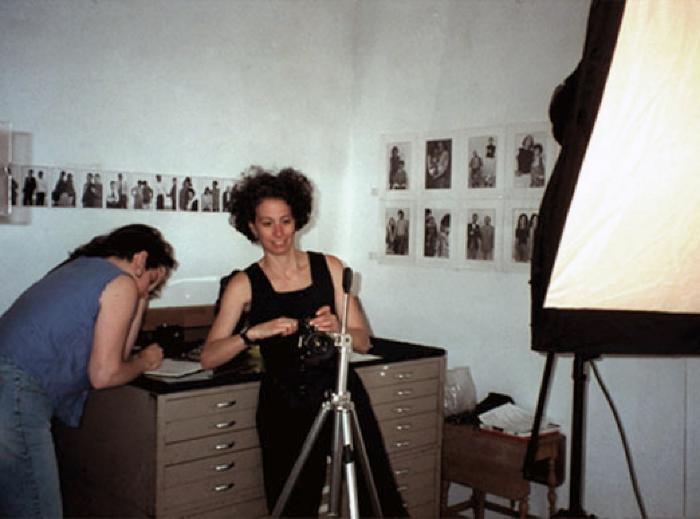 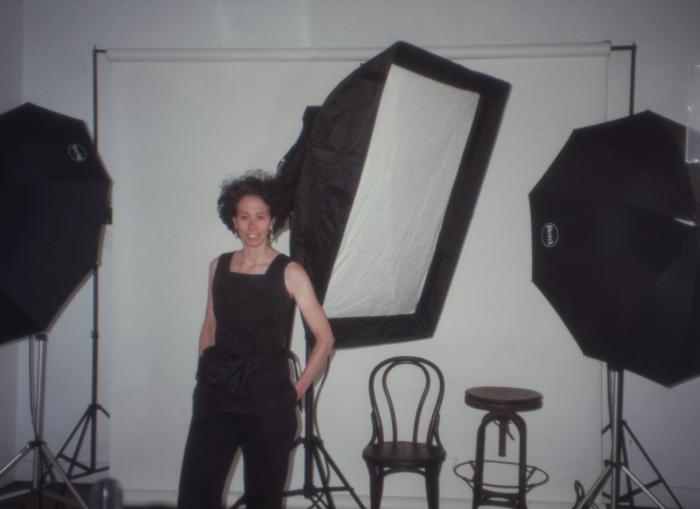 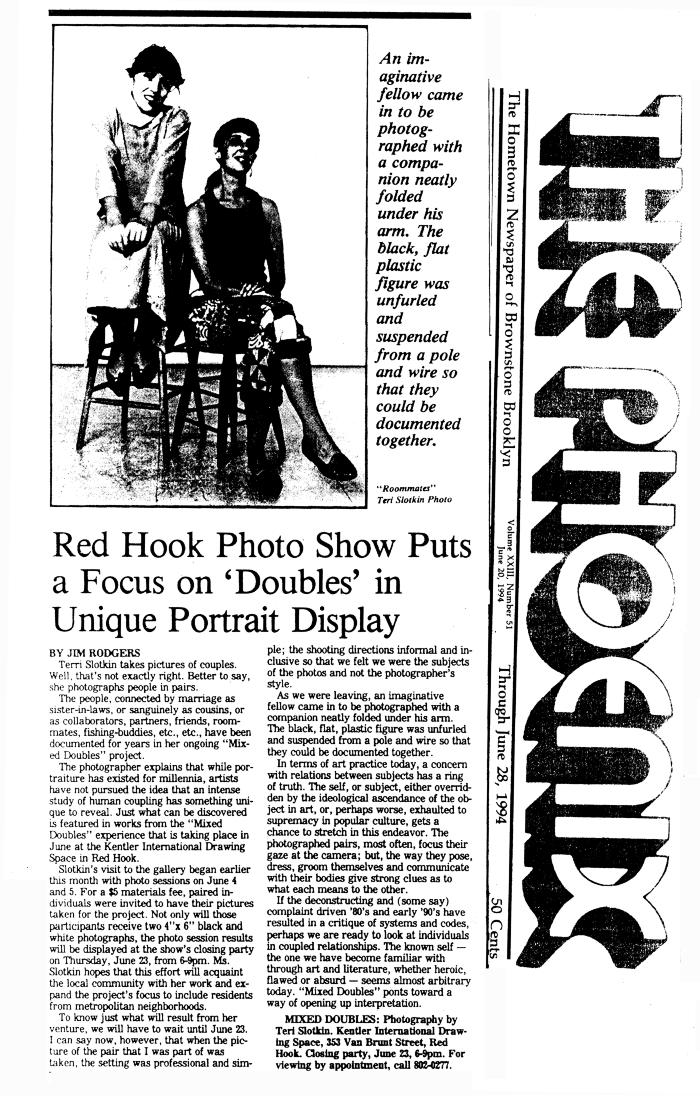 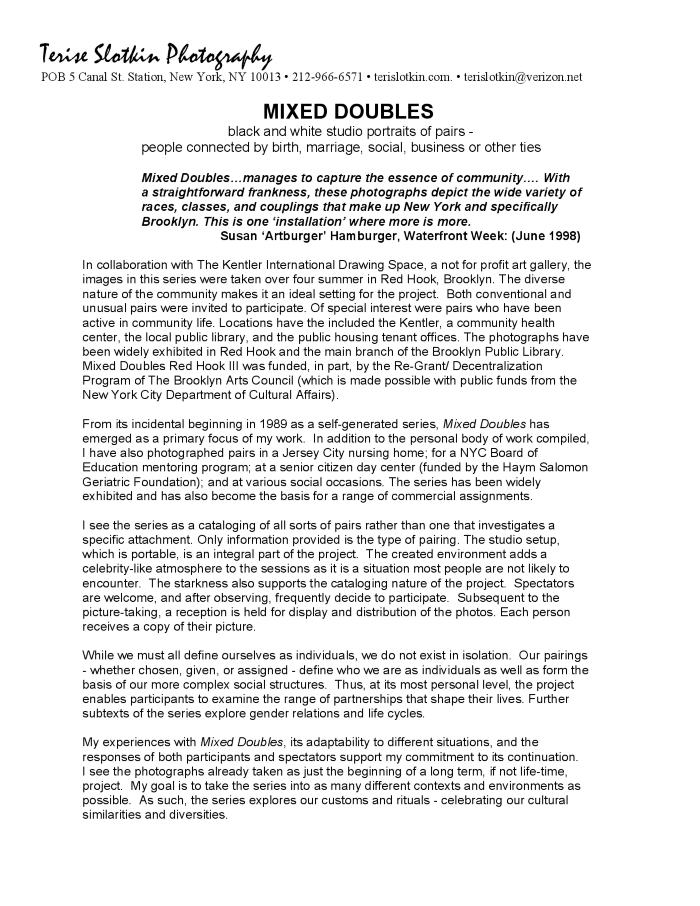 Photographer Teri Slotkin set up a portrait studio at Kentler International Drawing Space on June 4th and 5th.  The Red Hook community was invited to have their portraits made with someone of their choosing and participate in Ms. Slotkin's "Mixed Doubles" project begun in 1989.  In conjunction with the photo session, selections of the project to date are on exhibit from June 4 to June 23, 1994.

Ms. Slotkin plans to continue the series in as many different environments as possible. The project enables participants to examine and celebrate their most significant relationships.  At the same time, given its adaptability to different situations, it also encompasses the widest possible range of diversity.

These photos are now included in The Kentler Flatfiles: Red Hook Archives.