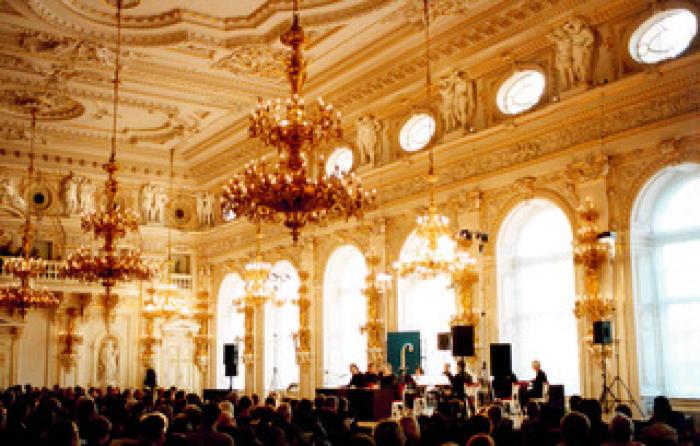 Letters to Olga and The Lost Guitar
The S.E.M. Ensemble, directed by Petr Kotik, will perform an in-person concert at Kentler International Drawing Space in Red Hook, Brooklyn on May 20th at 7pm. On the program will be Petr Kotik's Letters to Olga (1988), a 50-minute piece for two narrators, four winds and three guitars, which uses text from letters that Václav Havel wrote to his wife while imprisoned for political activities in the early 1980s; Havel would go on to become the first president of Czechoslovakia after the collapse of the Soviet Union. The concerts will also feature the world premiere of Kotik's new solo guitar piece The Lost Guitar.

Letters to Olga was composed in 1988, during a time of major political upheaval in Europe. "In December 1988 I met several times with Václav Havel and told him about my work on the piece," recalls Kotik. "I explained that it was the mixture of profound and trivial, meditative and practical, the continuous and discontinuous stream of thought that attracted me to the text. Vaclav was thrilled and encouraged me to use the text in any way I needed to complete the piece." The 50-minute piece was premiered at the Paula Cooper Gallery in New York on December 19, 1989, and Václav Havel was elected president of Czechoslovakia on December 29th of that same year. It has not been performed since 2010. For more info, please visit http://semensemble.org/letters-to-olga

The Lost Guitar was composed between March 3 and April 11, 2021 for the Slovakian guitarist Ondrej Veselý and is dedicated to the memory of Morton Feldman. The title refers to a guitar piece Feldman composed for Christian Wolff, which was irretrievably lost. In the early 1960s, Christian Wolff started to play the guitar and was looking for pieces to perform, so Feldman agreed to compose a guitar piece him. They worked together, Wolff helping Feldman understand the possibilities of the instrument, and Feldman composed a short piece for guitar on the spot. Wolff put the manuscript in his guitar case and left to return home. On the way, the guitar including the manuscript was stolen and no one has seen the piece since.


COVID-19 Guidelines:
All attendees must wear a mask inside at all times. You will not be allowed entry without one.
Seats will be set up 6 feet apart, although they can be moved together if you are coming in a group.
We ask that all audience members practice social distancing at all times as well.
Tickets


This event is in conjunction with SKID MARKS, a solo show by Joanne Howard and Focus on the Flatfiles: alternative solutions.
.