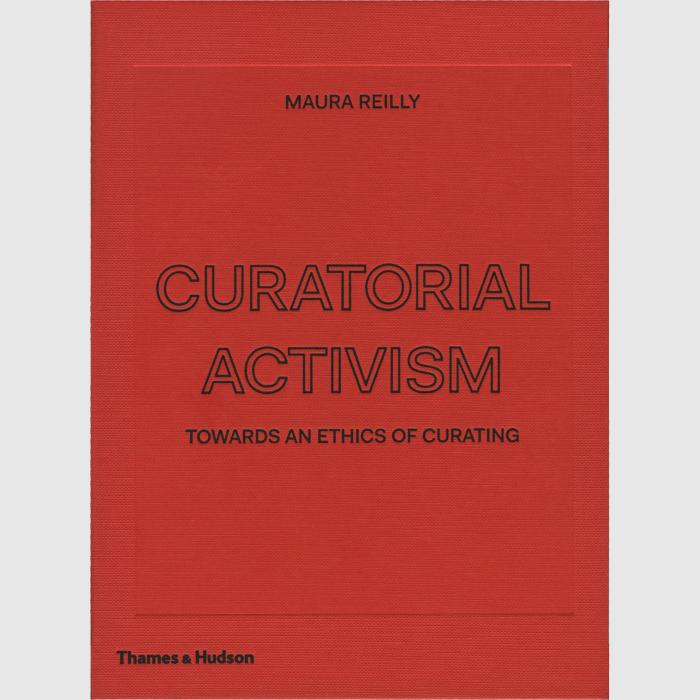 Maura Reilly and Arezoo Moseni alk about Maura Reilly’s groundbreaking book CURATORIAL ACTIVISM that offers new curatorial strategies, based on pioneering examples of innovative recent efforts to offset racial and gender disparities in the art world. Audience Q&A follows the dialogue. Copies of the book (Thames & Hudson USA 2018) are available for purchase and signing at the end of the event.

“Statistics demonstrate that the fight for gender and race equality in the art world is far from over,” writes curator and author Maura Reilly in the opening pages of her new book, CURATORIAL ACTIVISM: Towards an Ethics of Curating. “Despite decades of postcolonial, feminist, anti-racist, and queer activism and theorizing, the art world continues to exclude ‘Other’ artists—those who are women, of color, and LGBTQ. Discrimination against these artists invades every aspect of the art world, from gallery representation, auction-price differentials, and press coverage to inclusion in permanent collections and solo exhibition programs. In most mainstream museums, visitors are still required to actively search out works by them.”

Arranged in thematic sections that examine “Resisting Masculinism and Sexism,” “Tackling White Privilege and Western-Centrism,” and “Challenging Heterocentrism and Lesbo-Homophobia,” this volume explores the nature of curatorial activism and provides strategies for change with examples of pioneering exhibitions that have broken down boundaries and demonstrated that new approaches are possible, from Linda Nochlin and Ann Sutherland Harris’s “Women Artists” at LACMA in 1976 to Jean-Hubert Martin’s “Carambolages” in 2016 at the Grand Palais in Paris.

Maura Reilly is a curator and arts writer, and executive director of the National Academy of Design in New York. As the founding curator of the Sackler Center for Feminist Art at the Brooklyn Museum, she launched the first exhibition and public programming space in the USA devoted entirely to feminist art, where she organized multiple exhibitions, including the permanent installation of Judy Chicago’s The Dinner Party and the blockbuster Global Feminisms (with Linda Nochlin). Reilly has authored and edited many publications on contemporary art, including, most recently, Women Artists: The Linda Nochlin Reader (2015). She is the recipient of a Lifetime Achievement Awards from the Women’s Caucus for Art and in 2015 was voted one of the fifty most influential people in the art world by both Blouin Art Info and Art + Auction. She received her M.A. and Ph.D. from the Institute of Fine Arts at New York University.

Arezoo Moseni is an artist. Her work has been exhibited in solo and group exhibitions at major venues in the United States and abroad such as FIAC 2014, Rome Art Week 2016, Mykonos Biennial 2017. Numerous public and private collections including the Brooklyn Museum, Bibliotheque nationale de France, Musee de La Photographie and most recently Smith College Museum of Art own her work. She is the recipient of several fellowships and grants including the Carnegie Corporation of New York | New York Times award, Yaddo Fellowship and Artists Space Independent Project grant. She received a BFA at Utah State University, a MA and MFA at the University of New Mexico, and a MLIS at Pratt Institute.