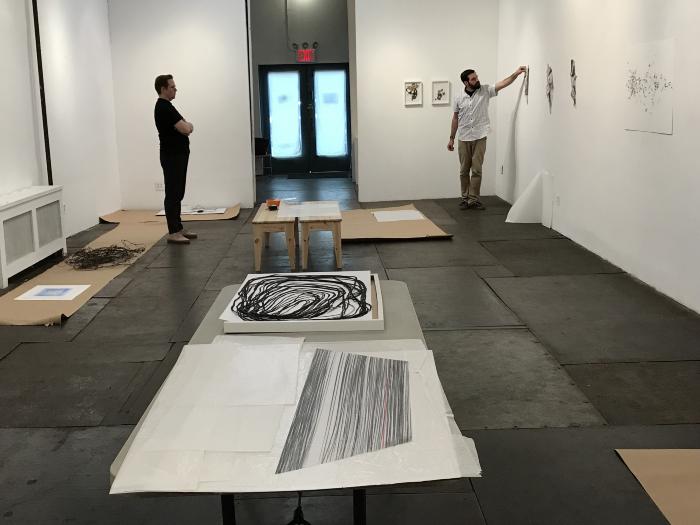 Curator's Talk with William Stover
in conjunction with
Flat??? Selections from the Kentler Flatfiles
Open free to the public, 4pm

Inspired by the concept of the Flatfiles themselves, this exhibition examines the viewing space contained both within and outside of the files.  How do we understand a work when viewed looking down into the drawers and experiencing the work as, arguably, one dimensional, or "flat?”  How do we understand that same object when taken out of the file and placed on the wall in the space of the gallery?  Does the shift from one dimension to two or three dimensionalities change the object intellectually, physically and conceptually? Is our relationship to the work dependent on the space in which the work is located? Does that relationship change when the work is moved from one space the other?

Traditionally, drawing is held on the surface of its support  - charcoal, ink or paint on paper - but over the last four decades artists have gone beyond the limits of the medium, moving beyond the space of the material itself and into the space previously inhabited by the viewer. The works selected for this exhibition make us question not only the space contained within the object, but also the space in which the object resides. The nine artists, each in their own way, insert their work into the time and three-dimensional space of the lived world.