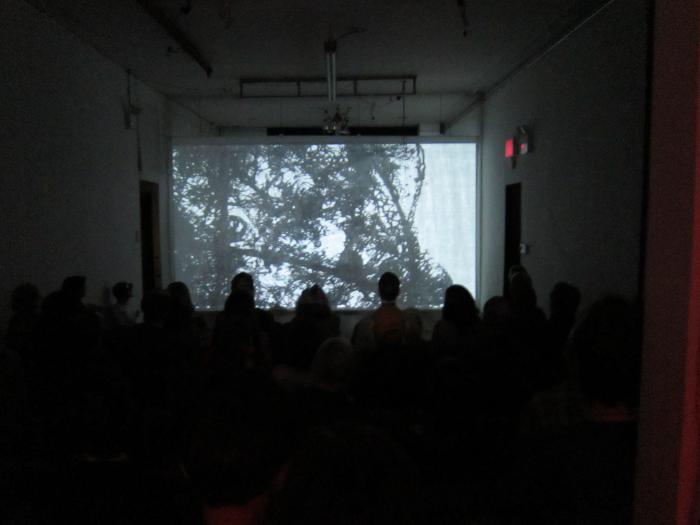 Circling the Center, video with sound and voice 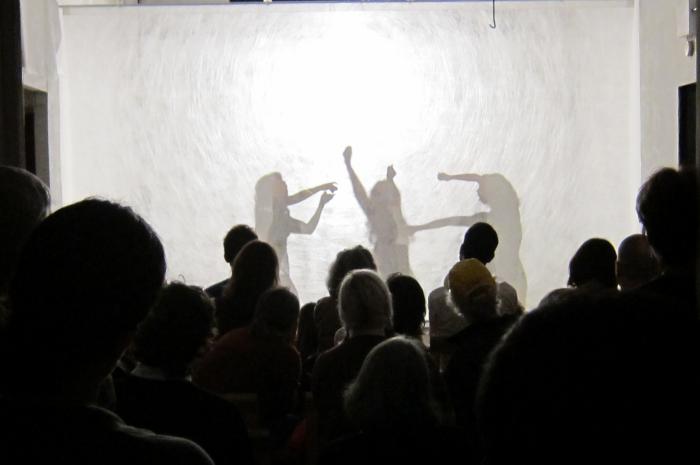 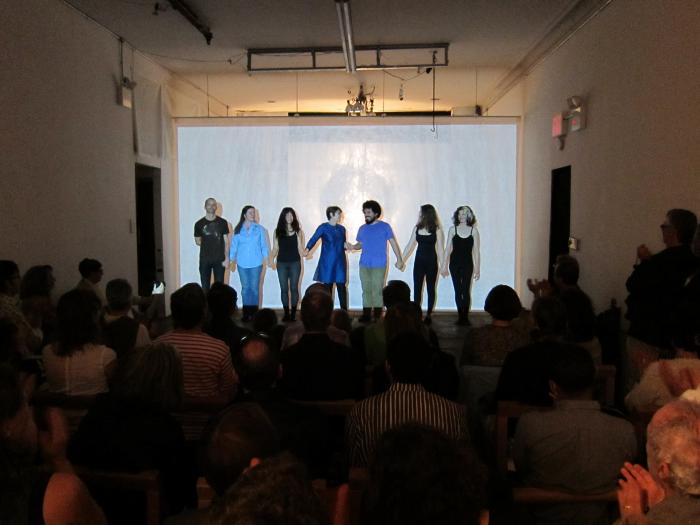 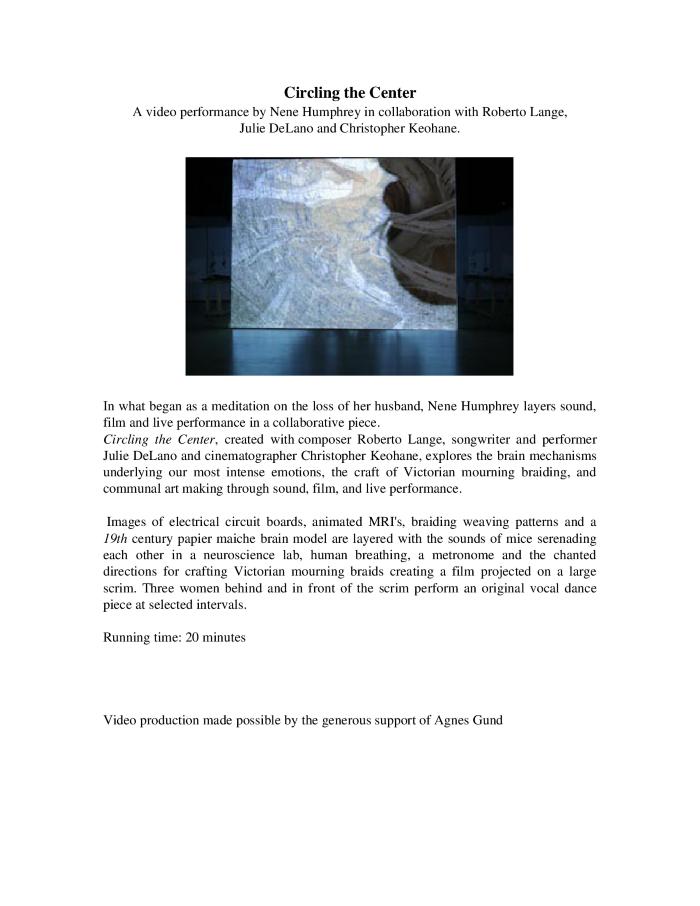 Saturday May 21st, 7pm
An exploration of the brain mechanisms underlying our emotions, the craft of Victorian mourning braiding, and communal art making, through sound, film, and live performance.


In what began as a meditation on the loss of her husband, Nene Humphrey layers drawing, sound, film and live performance in a collaborative piece.

Images of electrical circuit boards, animated MRI's, braiding weaving patterns and a 19th century papier maiche brain model are layered with the sounds of mice serenading each other in a neuroscience lab, human breathing, a metronome and the chanted directions for crafting Victorian mourning braids creating a film projected on a large scrim. Three women behind and in front of the scrim perform an original vocal dance piece at selected intervals.

Video production made possible by the generous support of Agnes Gund.